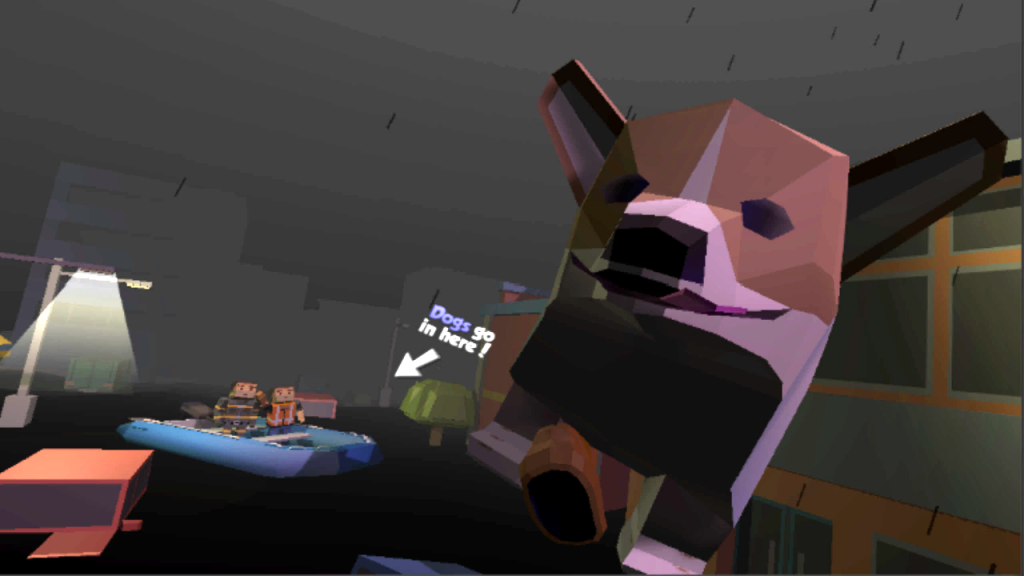 Today’s review comes from a new, yet familiar, face from the AYBOnline team, Scott “Zekk” Bewer, who will be assisting in reviewing some of the upcoming virtual reality titles released for the HTC Vive. First on the list is Rescuties, by Mode of Expression.

Hey folks! Today, I had the pleasure of ripping through a pre-alpha build of Rescuties, an upcoming release for the HTC Vive by Mode of Expression. The game is more of a compilation of mini games that all follow a similar style, which, as far as I can tell, is throwing babies in boxes. Well, okay, that’s not entirely true; sometimes you’re throwing puppies or parachutes into the box, but that’s the general concept of the game.

So, after getting home from work and getting the living room ready for some hot, sweaty, virtual reality action, I plug in, and load up the game to see what all the hype is about. First thing that comes to mind: Minecraft! The graphics style is very much that of our favourite digital world time killer. Simple and effective. I like it! So now we get to the main menu, which has various modes that you select by catching some ball and throwing it into the corresponding receptacle. Believe it or not, this is probably the most difficult menu I’ve come across to date. While selecting what I wanted to do was very straight forward, trying to catch the damn balls, let alone throw them into the proper holes, seemed like a mini game in and of itself. A few minutes later, and a tonne of over-exaggerated curses that I shall not repeat in this article, I was finally able to get a game going. 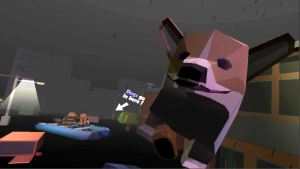 The games are very simple and clearly geared toward a younger audience. They all involve the basic concept of catching some tossed object and throwing it into whichever area the game tells you to. One moment, I’m catching a pair of “twins” tossed off the roof of a burning building, and the next, I have what seems like a flying fetus in one hand, a kitty cat in the other, and some shmuck on the top of said building yelling, “three more dogs coming your way!” Can’t wait, buddy!

While this may not be a game for the diehard gamers at heart, this game will be an amazing way to introduce a younger crowd into the virtual reality world without overwhelming them with flashy laser beams and rabid zombies. I almost get the feeling that this could turn into the “Mario Party” of the virtual world. That is, once multiplayer support is unlocked. The game gets you quite active when you’re tossing babies and chickens around. So much, that you really need to be conscious of the play space, as one could easily end up tossing the baby, and putting the HTC Vive controller right through the television!

Overall, it was a simple, easy-going experience, and I’m quite interested to see what the beta builds will introduce to the game! Zekk, out!

Zekk is a Contributor for AYBOnline.com. His opinions are his own.