Baseline is a first-impressions format for aybonline.com. Baselines are not full reviews. Instead, use them as an initial piece of research into a piece of hardware or a game title you might be interested in. 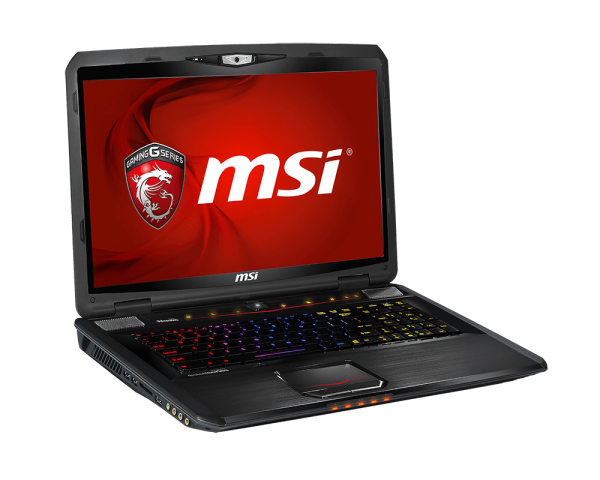 The first thing I noticed when I picked the laptop up was its weight. After handling many laptops from various manufacturers, this one was quite heavy. That isn’t to say it’s a bad thing, I would sooner have a laptop that was heavy and built well versus one that was light and poorly built.

Opening the box reveled the laptop in a sleeve and bag, and several compartments in the box that housed the battery, power supply and SSD mounting bracket as well as documentation and driver/utility disk.

Setting the laptop aside for the time being, I turned my attention to the documents. Instantly, I was impressed. Not only did they go over all components of the laptop in detail, they also explained how to do your factory recovery, and how the functions on the keyboard worked. This was a first. Never have I seen that information so easily obtainable. Most put it into the digital manual that is stored somewhere on the hard drive but don’t even give you the information needed to know where to look for it. The GT70 on the other hand put it right there under your nose.

Turning my attention to the laptop itself, I was pleased to find it was safe and secured inside a cloth bag and an inner plastic bag. Removing the laptop from this, I got to get my first look at it. Overall I was very pleased; the unit wasn’t just plastic, it felt sturdy and I really liked the raw design of it. The chassis had angles and corners that were pleasing to the eye, and yet did not go overboard to make it seem excessive. Right away I was happy with my purchase. 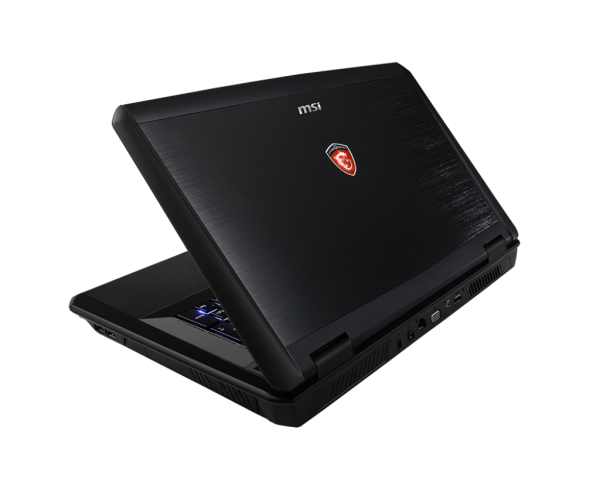 Once I had a good hard look at everything about the unit, its size, shape, features, etc. it was time to get my hands dirty and see what this beast had under the hood.

Removing the back plate to access the hardware within was not difficult. I would have greatly appreciated screw clips, such as HP uses on their units, where when the screw is out of its socket, the screw clip prevents the screw from being completely removed. This allows the unit to be accessed without the worry of screws going missing. There was another part to this that I was rather unhappy about. The plate itself felt very brittle. I had to be very careful when removing it as it really did feel like it could crack or split very easily. My recommendation here would be to look into using a more pliable plastic, or some other mixture so it feels a lot more sturdy. Putting the plate back on brought back the exact same concerns as it felt like the clips were going to give way at any moment. It was a solid red flag for me.

On the inside, the layout was rather nice. Nothing was overly cramped, everything was easily accessible and looked clean. I was a little disappointed to see both the CPU and GPU sharing the same fan. Most gaming machines I have hands-on experience with are built by ASUS. And while they have their advantages and disadvantages, ASUS has MSI beat on cooling. All their units have a dedicated fan and heat sink assembly for the CPU and GPU. This ensures maximum cooling but also adds the reassurance that should the fan stop, you only risk damage to one component or the other rather then both. It also means that dust isn’t as detrimental to the system as in other designs. With 2 cooling units, even if dust reduces the effectiveness of the fan by 25%, there is still more then enough air flow to maintain temperatures.

Now because this is my first MSI product, I cannot say for sure if it is something that should be looked into for all the gaming laptops, or if it is just this series that doesn’t have the dual cooling. I do wish to point it out regardless.

The last part on the cooling I would like to make a recommendation on, again, is something ASUS does for their units. Over the fan intake, they have removable metal dust catchers. Its nothing fancy, just a round mesh that secures into 2 small slots and covers the fan intake. What it does is catch larger items that could really hamper fan performance, such as hair. They made them easily accessible under hatches, and even have software that reminds you every 2 months to take them out and clean them. This feature alone went a long way to ensure my ASUS laptop remained cold even when playing demanding games.

The hard drive bays themselves are easy to access and the drives easy to remove and swap which is something MSI has over ASUS. The ASUS I replaced had 2 generic HDD cages that required you to remove the cage, remove 4 screws to release the drive, put 4 screws into the drive to secure it, and you had to make sure they were in the right holes or the drive would not fit back into the unit. Simple in theory, but a huge pain to execute. 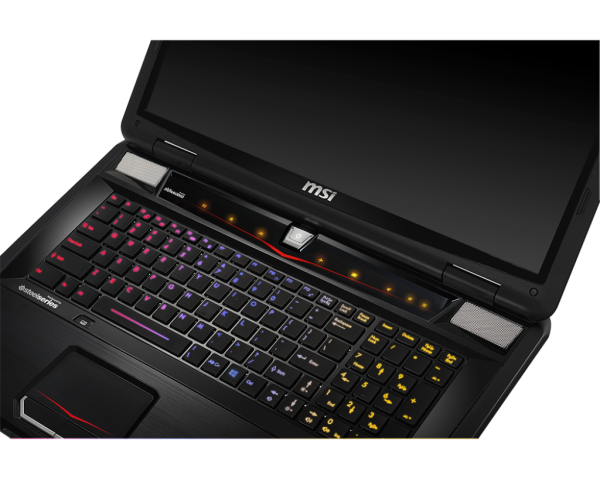 Turning my attention to the top side, I was very impressed with the keyboard. The keys were stiff but not overly so. They had a good amount of room to be depressed and it felt solid. Easily a step above the ASUS comparable. The track pad was nicely shaped and the left and right click, again, felt very solid. The touch functions and the keyboard functions were well presented and easy to follow and left no questions such as “What the hell does THAT icon mean!?”, which I greatly appreciate. The hinge and LCD housing felt ok, but I did feel the ASUS products came out just ahead in terms of the housing being sturdier and harder to flex. The screen itself is very nice, great color, and is perfect for a laptop such as this. And the multi-colour keyboard is just icing on the cake; I really didn’t think I would take to it as much as I did!

The sound quality with the Sound Blaster chip is second to none in a laptop that I have had the chance to use. Most laptops, my ASUS included, tend to stick to lower-end Realtek HD sound. This isn’t awful by any stretch, but it also isn’t anything impressive. With MSI taking extra care to up the quality by using a solid sound chip, I will be recommending them more for people who want top-quality audio.

The webcam quality and the mic are as expected for a unit such as this. Image is clear, sound pickup is great, and I have no issues or concerns with either.

Looking at the ports on the unit and where they are located, again, I was won over. There are USB ports on both sides, the audio ports are in an easy to access location that will keep them out of the way, and everything is clearly labeled. Even the video out ports on the back are well thought-out. Also, I really like how snug the power connector fits into the unit as it gives you a very strong sense that it is firmly attached. It’s very hard to find a fault with this design.

The audio system is very nice for a laptop. The sound range is much better then the basic ones on the market and are high quality. I was very happy with the full range of sound the speakers and subwoofer offered, giving good bass and great treble. No issues with the speakers at all, in fact. 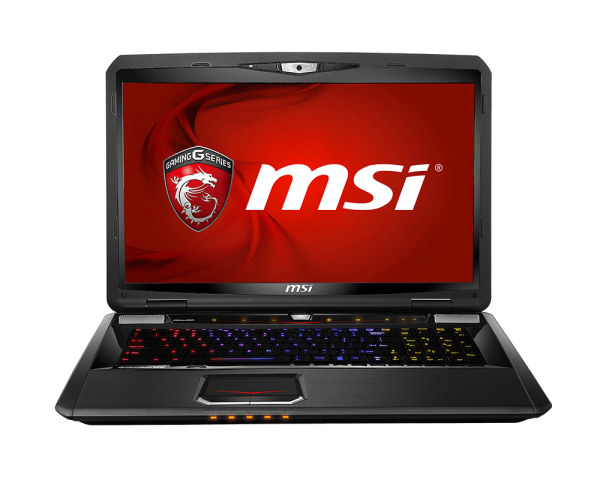 Overall I am very happy with the laptop. The design and hardware are both very impressive for the dollar value. High-quality components will ensure hours upon hours of reliable gaming. Besides the concerns with cooling, the poor quality of the plastic back plate cover, and a little more flexibility in the display then I would have liked, it still is a fantastic machine in my book.

Reprinted with permission from MSI. MSI is a sponsor of AYB Online.