BASELine: Gather the Orbs and Make a Wish in Blade Arcus from Shining: Battle Arena 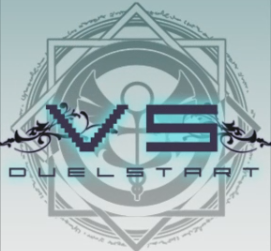 Sega’s long-standing Shining RPG series gets a twist in a new 2d Fighting game crossover. Blade Arcus from Shining: Battle Arena features a clash of characters from two PlayStation Portable titles; Shining Hearts (which also recently had an anime made) and Shining Blade.

The Shining series is well known for its RPG and Strategy games dating back to 1991 on the Sega Mega Drive with Shining in the Darkness, a dungeon crawling RPG akin to the Mother/Earthbound style; and then became the popular military strategy series, Shining Force. Shining Force in particular, has spawned into various gameplay styles and the Shining series as a whole have made many appearances on different platforms such as the Sega Saturn, Dreamcast, Gameboy Advance, and PlayStation family. 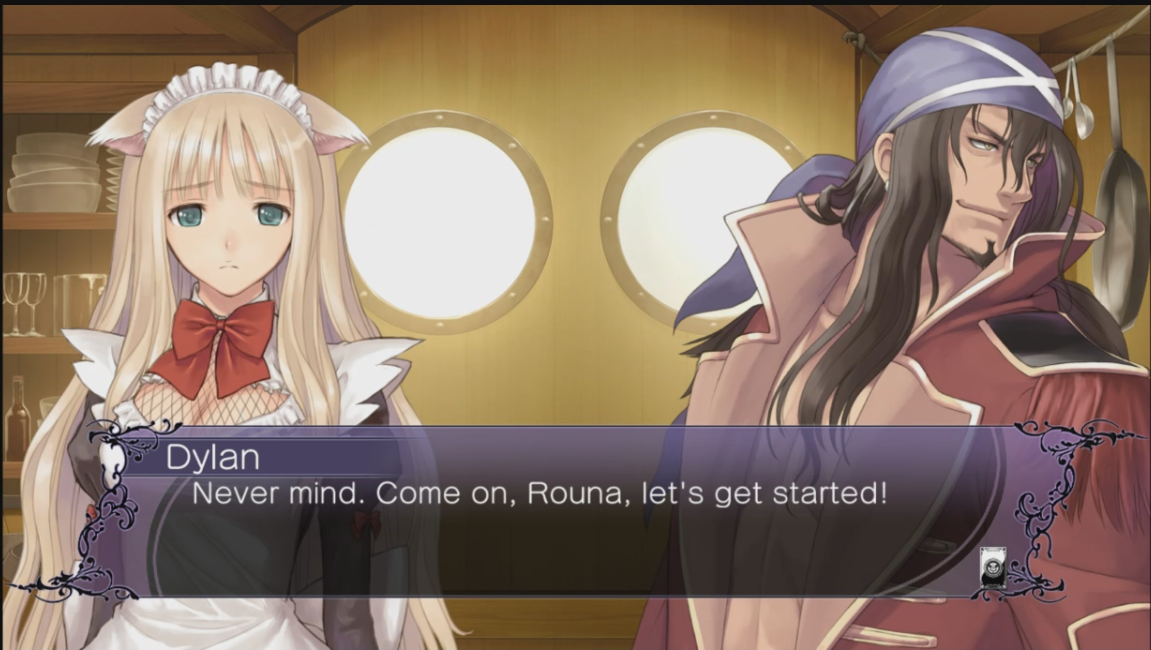 The series had started to move over to faster-paced styles of gameplay; primarily turn-based or active turn-based systems seen in games such as Valkyria Chronicles, the series also has a family of action RPG games such as Shining Force Cross Raid; which was an ARCADE released MMORPG. Blade Arcus from Shining is their entry to the fighting game genre, crossing heroes and characters from the recent PSP titles; Shining Hearts and Shining Blade. The game was initially released in arcades in 2014 and had ported to the PlayStation 3 and PlayStation 4 as Blade Arcus from Shining EX; the gameplay in this video is for the Steam version available in August. 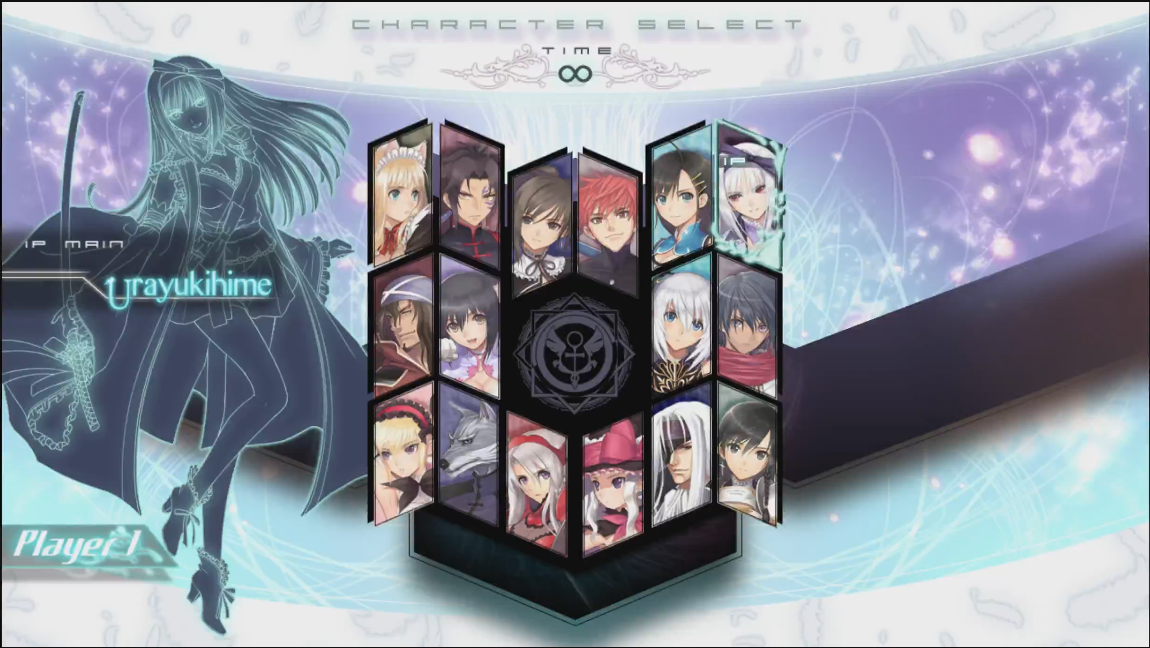 The 16 different characters of Blade each have their own narrative in the story mode (with the exception of two of the DLC characters Misty and Sonia), fully voiced with static cut scenes. Although each character has a unique interaction between other characters and personal objectives differ slightly, in the end the game follows a fairly generic or familiar objective that many anime fans will raise a flag to. In Blade, the roster is in search of powerful orbs which are able to grant a wish, and these orbs find themselves hidden inside powerful warriors. By defeating other orb carrier’s, they are able to take the total seven, their wish may be granted; which sounds extremely similar to another anime series involving 7 orbs and granting wishes.

For comparison’s sake, playing an old school fighter such as Primal Rage gave you a basic idea of the setting and never gave you an idea of what’s going on until you saw an ending. Earlier Street Fighter games did not even have any sort of in-game plot indicator and after match dialogue and the ending was the only way to build a story out of it. Popular titles now such as Mortal Kombat, Street Fighter, Blazblue/Guilty Gear now have shifted to have a greater emphasis on character relationship and overall plot; after multiple titles they have become abundant with lore and even cleaned up previous titles loose ends by having a plot timeline similar to those seen in visual novel games. Blade Arcus has two different titles it could draw flavors from but it’s here is where the game starts to fall short. 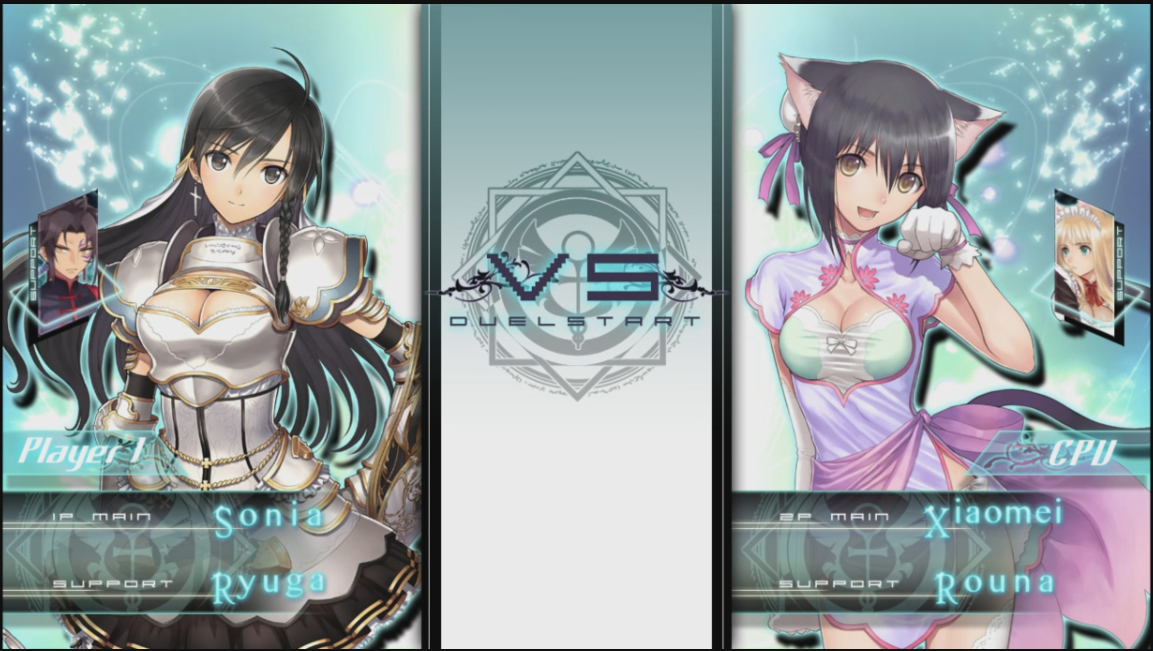 I never found a major issue to the primary plot as hunting and collecting gave it a sense of a common direction, leading to a tournament-esque impression; but overall I found it lackluster. It’s understandable that the “plot” was thin due to it being an arcade fighting game, and a “progressive plot” where it needs to be explained why your character is fighting that opponent isn’t necessarily a key factor for fighting games; but the charm to fighting games was the world and curiosity it builds as you get closer to the final battle. Blade Arcus assumes you know the world of Shining Hearts and Shining Blade and plops you into a realm already rich with lore, enough of the world was built that even an anime was made for Hearts. But the problem is that the game doesn’t utilize any of it. The plot and setting delivery didn’t make me want to care enough about it; as much dialog as it had offered, it felt like it did not give much relevant information and character development, and it did not give any unique art or scenes until the very last ending screen. I did not care about who they were or why they were fighting; I just wanted to fight something. I really wanted to care and know more about the worlds and go a little more in-depth for those who have not played the other two Shining titles but it fell short and disappointed me especially considering there are plenty of rich assets they could have expanded on. 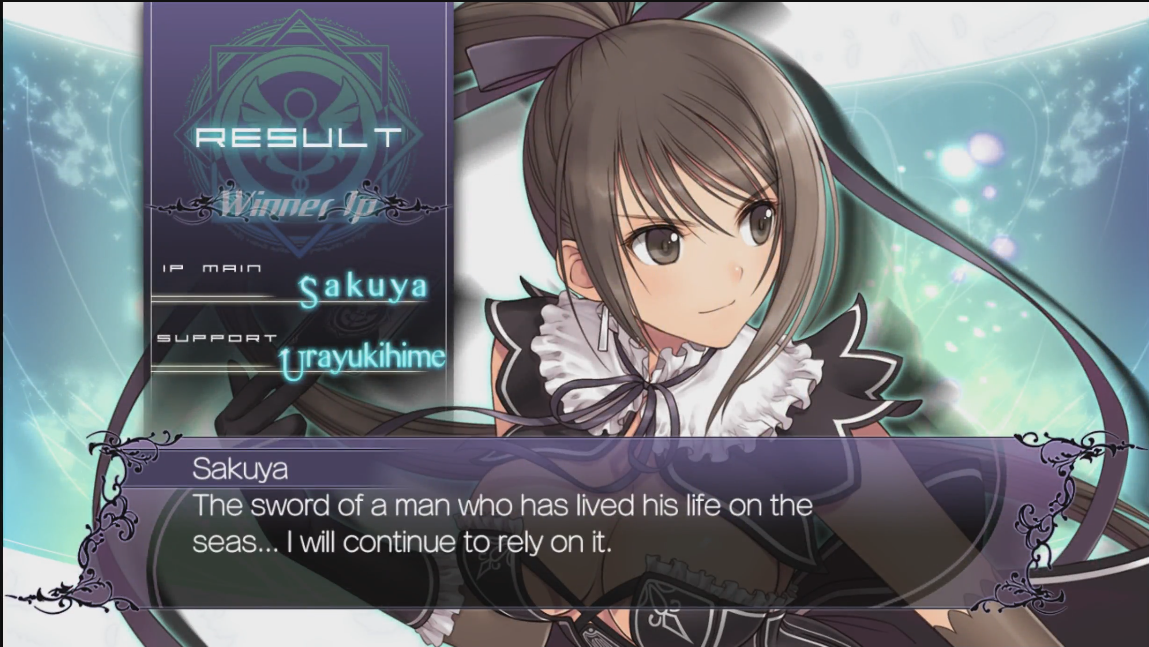 Beginning of match banter between characters adds a nice touch of personality and the voice acting is great. Blade features quite a cast such as Kazuya Nakai who plays Zoro in One Piece and Rie Kugimiya from pretty much everything. The soundtrack and stage design is nicely done but lacks in variety. The gameplay mechanics are very straightforward, allowing for some great ground to air combo strings but without being overly technical such as the wall and air strings in Marvel vs. Capcom. Similar to Capcom’s VS. Games, Blade features tag assist attacks where you can call in an ally to perform flashy, special attacks. Two new additions since the vanilla release of Blade Arcus, a counter attack which can be used to parry a hit and riposte, and push blocking which is extremely useful for putting space between you and an aggressive opponent. I find the pace a nice entry point for getting into heavy mechanic based anime fighting games such as BlazBlue and Guilty Gear; the game uses a simplistic four button attack (light, medium, heavy, and assist) scheme and provides an easier learning curve for people starting in fighting games and allows greater focus on the fundamentals such as “footsies” (spacing). 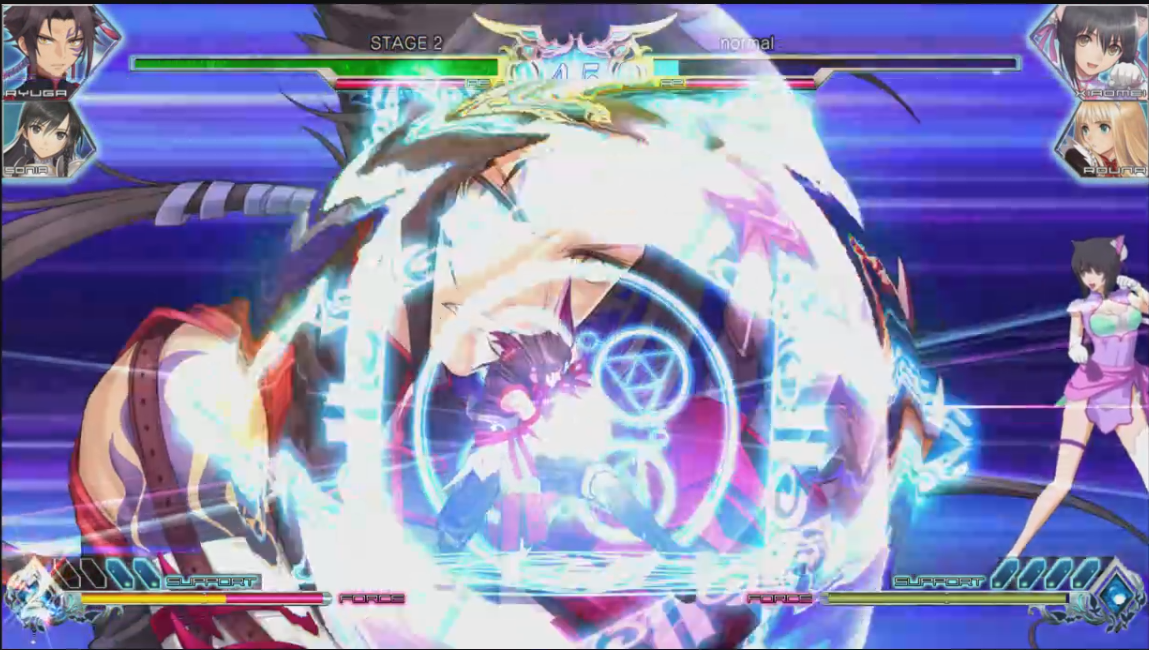 The fighting and play styles of the characters are diverse, and move sets range from simplistic hard hitting short combos, juggling combos, and even full-screen technical combos. After running through the story with multiple characters it gave me a basic idea of the balancing of the game; there are characters such as Ryuuga who has a move set similar to Ryu from Street Fighter and characters such as Rick who has special attacks which are easy to chain together. This variety is great for accommodating different experience levels of players but by keeping the roster at a modest sixteen, it makes learning characters and understanding matchups (advantages or disadvantages of a character versus another) condensed and easier to manage.

After playing a solid chunk of the early release PC port of Blade Arcus, I can say I have enjoyed what I have played so far. I can appreciate it from a stand-alone fighting game point of view, but I can’t quite appreciate it as I would a regular Shining title. The game is similar to the Melty fighting games (albeit simplified) but feels easier to approach, I was not blown away by the game but it didn’t get dull. Gameplay pace was steady with nice flashy special attacks and super moves that thankfully were short and sweet animations unlike other games out there (I’m looking at you Guilty Gear and Street Fighter…). Online play was not available at the time, but after seeing some advanced players play on the Arcade build; I’m sure I’ll be getting my arcade stick a workout trying to keep up with the insane juggles and combos I’ve seen so far.

Kelvin M. is an AYBOnline.com content contributor who can never decide on who to bring as an assist attack.