BASEline: Day Of Infamy – War Is Harder Than I Remember 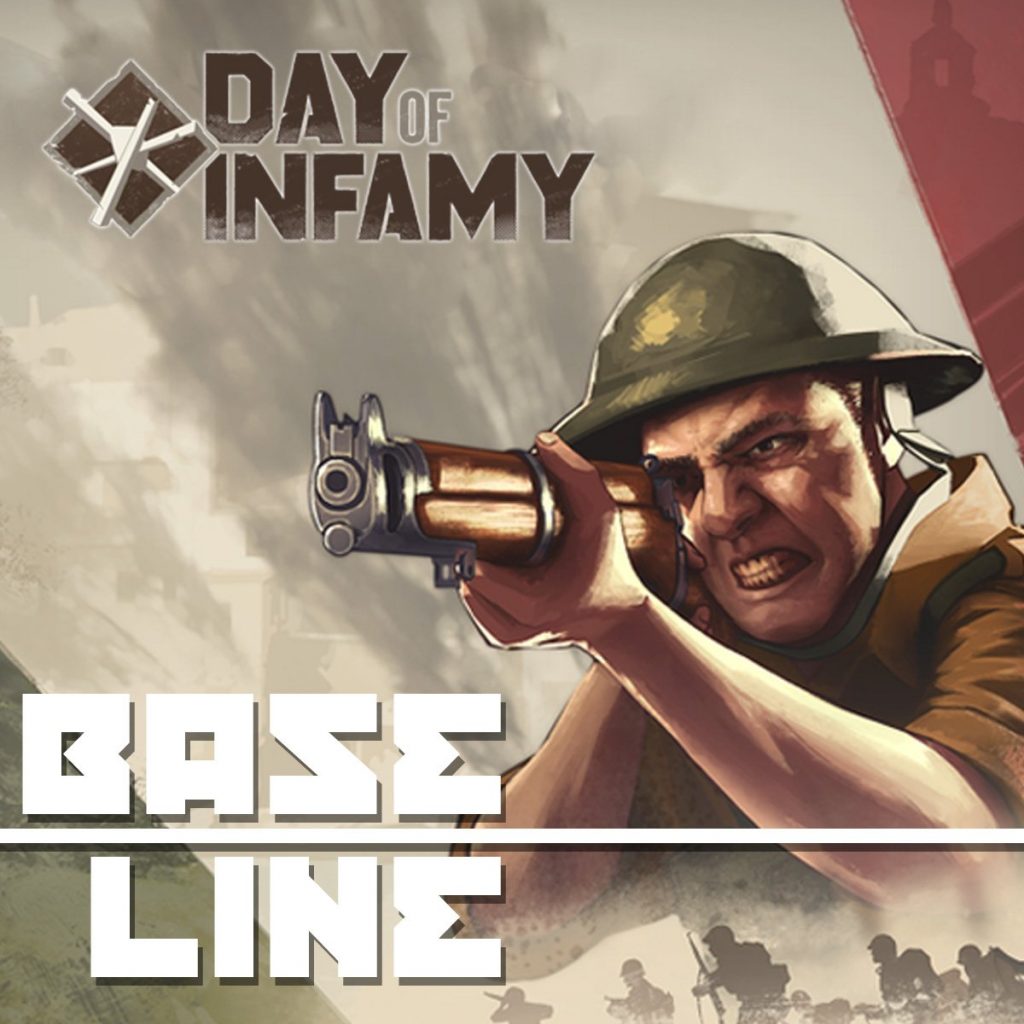 I remember the days of iron sights and artillery fire. Medal of Honor and Call of Duty were some of my first experiences with the WWII first person shooter genre. A lot has changed since then, and it is all for the better. Most of the old games tried to capture the feel of war-torn cities and bombing raids, but they never really had the graphical capability to pull it off convincingly. By the time we had the computational horsepower to do so, we were moving on to bigger and better shooters set in modern or near-future warfare. I’ve honestly never been a huge WWII shooter fan, but many people are, and I can understand their frustration when it comes to having very limited titles to pick from in a genre that seems to be so over-saturated with space marines, high tech assault rifles, and hordes of zombies. That’s why even though it’s not my favorite type of shooter, there’s a part of my gaming nature that is very happy to see such a return to form in Day of Infamy.

Right from the start up screen, you know this game means business. Even though this is an early access game, I have a feeling the look and build of the menus won’t change much so players can get right down to the action. You have a choice of playing Multiplayer Maps, Co-op Maps, and single player missions. And because I knew my trigger finger would be rusty as hell, I decided that I would maybe attack some stupid AI Nazis while I honed my skills. All I can say is that I was wrong and I died horribly for my hubris.

This game is brutally hard… and I love it because of that. I played for over two hours, and I didn’t win one mission. Why? Because everything we have become accustomed to in modern shooters is thrown right out the window for this game. No rebounding health bar, no shields, no radar, no quick scope, and no replay cams. All you have in this game is your gun and your wits. So I decided to grab an semi-auto rifle and dive right in; I died. I re-spawned as a machine gunner; I died faster. Got re-spawned as an engineer; I died while trying to help the commander call in an artillery strike. Then I re-spawned as a sniper; I died at a distance. Almost every time I died, I was dead before I even knew what happened. If anyone wants to experience the true helplessness that our troops felt in WWII, play this game.

Now I know it’s early access and there are still many tweaks to be done, but I feel like my teams AI was a little lacking in working as a squad. I feel like some of those deaths could have been avoided if my teammates were actually watching my back instead of clumping together with their guns in each others faces. Most of the time, the commander would bark orders at the start of the stage, like, “Now don’t run off and get yourself into trouble”. While saying this, three of our teammates took off in opposite directions followed by the sound of gunfire and screams about ten seconds later. So I decided it might be the level design. I mean, if I’m rushing a beach full of Nazi murder holes, surely they would have the advantage right? Wrong! For some reason, even having the advantage of the terrain didn’t help much, as the US forces stormed us in waves and crushed our forces. Where was that “Hoo Ra” confidence when I was playing that side? Ultimately, the difficulty is both a blessing and a curse in this game. It’s a blessing to see a game attempt to make war feel realistic and almost scary in a way, because you can die at any moment from one gunshot from a well-placed opponent. But it’s also a curse, as it instantly adds a steep learning curve for newer players that are maybe wanting to try something different.

Day of Infamy has great aesthetics, and the mechanics of moving and firing feel tight, which really help the immersive feel of the game. Even though I was constantly dying, I was actually having a lot of fun playing it. I really felt like I was in the middle of the action. When I scored a kill, it felt like I helped my AI squad, or when I helped call in an air strike, it was so satisfying to see those bombs hit the ground and see the muddy spray of them laying waste to the occupied area in front of me. The sound effects are top notch, and the constant back and forth between your squad mates really gets you in the mindset of the game. It’s quite intense when you are pushing an objective only to hear gun fire and screams, and you look to see your squad laid to waste within seconds about 20 feet away from you. The weapons also play a huge role in the realism and immersion of the game play. There’s no auto reloading or infinite ammo here. You not only have to be aware of your surroundings and the soldiers that are trying to kill you, but you have to remember most guns of this time only hold about 10-15 rounds. The worst feeling in the world is when you turn a corner and hear click… click… click… coming from you gun. You have to take cover to reload, or you will die, because this usually takes about 5-15 seconds, depending on your weapon.

I found there to be an excellent selection of era- and outfit-correct weapons, all with their own strengths and weaknesses, and it’s definitely something for everyone no matter what side you’re on. But ultimately, the classic style weapons, the gigantic labyrinth-like maps, and realistic deaths make for one hell of a gameplay experience.

I soon realized that single player wasn’t going to really improve my skills at this point, so I decided to dive into the multiplayer realm. This is where things started to heat up, since you’re not dealing with AI bots anymore; it’s all about voice chat working as a squad. Or, at least I wished it was. I’m sure that there are dedicated players and even dedicated servers for people that want to play the game as it was meant to be played, but these were not those servers. Even though I didn’t find the best teammates to play with, I did find myself being able to do a little more damage probably on part due to human error. I wasn’t facing cold blooded AIs with pin-point shooting accuracy that used squad tactics and knew the map like the back of their hand. Instead, I was facing the run-of-the-mill shooters/players that would mostly run and gun, die, and come back shooting again. All of that aside, I can definitely see that this game will really shine when you can get the right group of players together to talk tactics and play the game like their lives actually depended on it.

For an early access game, Day of Infamy hits a lot of strong points and shows a lot of promise. It’s not without its faults, like the crushing difficulty for new players, and slightly random AI, but these are issues that can be solved along the way. If you have been craving a proper WWII shooter that is challenging, has solid mechanics, and excellent sound design, this one is for you. Day of Infamy is available right now through early access on steam for $21.99.