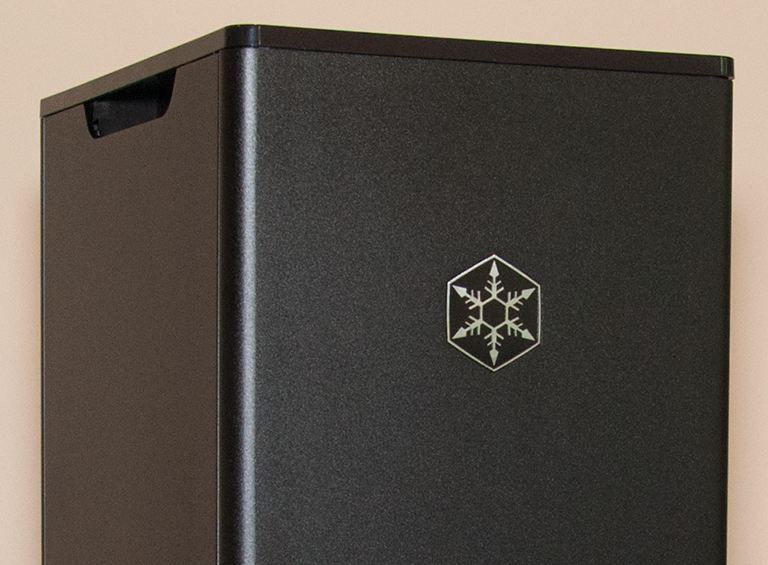 It’s been a while since we’ve had a proper hardware review published, and it’s about time we change that. This time around, I’ll be taking a quick look at a small form factor case from SilverStone Technology, which is just about as far from traditional as you can get.

SilverStone has been making unique and compact computer cases for years. It was one of the first companies to jump into HTPC cases, and it pioneered the SFX power supply form factor to shrink the size of Mini ITX cases. The company hasn’t limited itself to HTPC and Mini ITX cases, either. It offers a number of small-form-factor cases, such as the Sugo lineup, and the Fortress series of vertical tower cases.

The FT-03 Mini from Silverstone is part of the Fortress series of cases. The original Fortress case was released in 2011 and featured a unique vertical build, with the graphics card and oriented vertically. This allowed for the case to retain a tower-like stature, as the case’s longest dimension is its vertical height. The case was designed for mATX motherboards, and features room for a full-size power supply. The FT-03 Mini takes much of that approach, and shrinks it down. Silverstone said the Mini is actually 50% smaller than its larger counterpart.

Silverstone’s FT-03 Mini is designed for Mini-ITX boards, and it will also accept the less common Mini-DTX form factor. The case is very compact, measuring only 188.9mm wide, 397mm tall and 235.1mm deep, but despite the tiny size, Silverstone managed to fit in several mounts for drives, and decent space for a graphics card.

You can fit two 2.5-inch drives, with a removable drive caddy attached, to the inside of the rear panel, directly below the motherboard. It is fastened with two thumbscrews, but you’ll likely need to remove the GPU to get your hands in there to take it out. The second drive is on the opposite side of the case. Across from the motherboard, directly below the power supply there is a removable panel that holds the second 2.5-inch drive. Attached to that is another caddy, designed for 3.5-inch hard drives. The removable panel also houses the mount for the slot-load optical drive.

SilverStone managed to configure the internals in such a way that the case can support graphics cards as long as 10-inches, but to do that it had to orient the motherboard in a non-standard way. All of the I/O ports are situated at the top of the case, as are the graphics card, and the power supply mount. The company has accounted for cable management, and has designed the top to have all the cable route to the same corner. The power supply cable even has a notch cut out for it to take the shortest path. The graphics card is the furthest point from the cable management, so it may necessitate a longer video cable.

One thing I noticed while looking the case over is that cooling may end up being an issue. The case is equipped with a single 140mm fan that pulls in air through the bottom. The fan is properly filtered, and in fact has one of the nicest air filter designs I’ve ever seen (It should be simple to clean), but there is no way to expand on that. Sure all of the heat will naturally travel up, and the large fan will certainly aid in this endeavor, but I can’t help but imagine a problem. The case is so compact, and the components are spread out all around the case, cable management is going to be an issue, which will hamper airflow.

The graphics card you select will be of great concern as well. Most cards on the market today vent air back into the case, instead of directly out the back (top in this case) through the I/O bracket like a blower style cooler would. There really isn’t much space between the side panels and the card itself.

Now that I’ve brought up the side panels, I realize I probably should have mentioned this earlier, but I digress. The side panels are quite possibly the easiest component to remove from a case, while still feeling sturdy, that I’ve ever seen. The panels snap on with quick-connect clips. Three of the panels just pull off with a gentle tug, and the top does the same thing. The rear panel where the motherboard mounts never comes off. All four sides of the case are made of a thick gauge brushed aluminum, and feel very solid when handled.

I find it very interesting that all of the side panels come off in a matter of seconds, and are completely tool free, but nothing inside the case is. To mount the hard drives you have to use screws. There’s even eight screws that need to be removed from the hard drive/optical drive tray before you can install a motherboard. It feels very strange to see so much effort into tool free access, when nothing inside the case is.

The other thing I found really strange about this case is the position of the “front-mounted” USB and audio jacks. On the Fortress case, these handy ports are really not much more handy than the back of the motherboard. You’ll find two USB 3.0 ports, along with a mic and headphone jack, but they are on the top of the case, and near the rear of it as well. Silverstone has included a prominent power button right in the center, and a fairly large reset button directly next to it. The only thing found on the front is the slot for the optical drive, which makes these “easy-access” ports never very convenient to access.

Despite its shortcomings, I really do like the SilverStone Fortress FT-03 Mini. It looks like it would make an excellent compact system for home or LAN use. In fact, the company even recommends the Sugo pack for transporting this case.

It may not fit in a traditional stereo cabinet, but it sure does look nice on a desk. It’s very compact, and has an elegant look to it. The FT-03 Mini is available in black aluminum and silver aluminum finishes, and sells for around $250 CDN.