Welcome back my little T’s and CT’s to the final day of BaseLAN XXIX and the conclusion of the Counter-Strike: Global Offensive tournament!

14 teams entered, only one has emerged as this year’s BaseLAN champions. After a long and arduous Day 2, the teams moving into the finals were reigning champions, and favourites to win, Cyber Revolution and BaseLAN XXVIII’s bronze medalists (and only team to take a round from Cyber Rev) Almost Dead. Despite solid performance from Almost Dead, the force of nature that is Cyber Rev just proved too much as they MLG noscoped their way to a 2-0 victory. 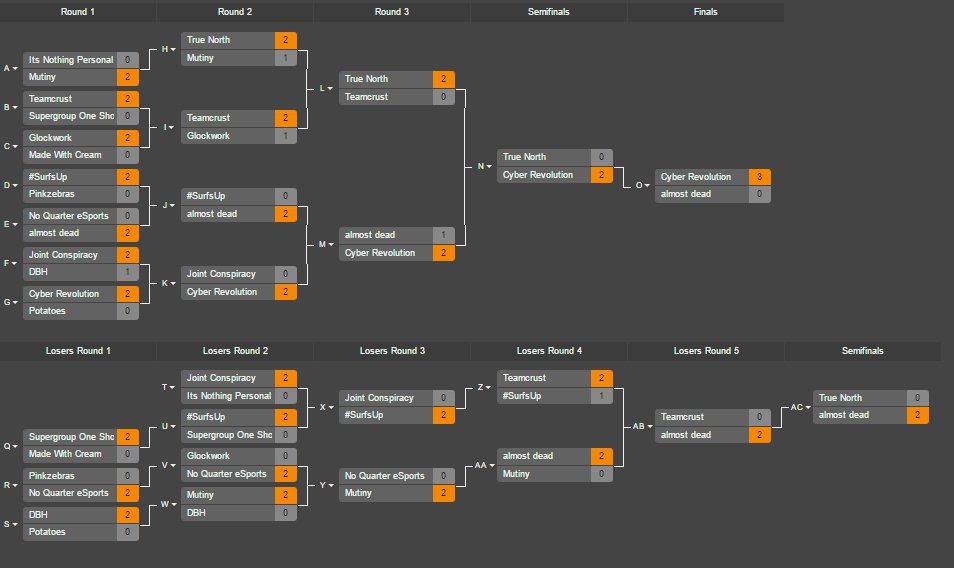 Round one was all Cyber Revolution, as their exceptional teamwork and commanding presence bought them an early and decisive lead that Almost Dead just couldn’t come back from. Almost Dead tried hard to rally the troops in the second half, but it wasn’t enough and the round ended 16-5 in Cyber Rev’s favour.

The second round started out strong in favour of Almost Dead’s as they pulled themselves together, came out strong, and took the first 3 rounds with some truly masterful playing. After that, however, Cyber Rev started pushing back hard, overtaking Almost Dead and then blowing past them to a 16-7 final score, which ended the round, and also the tournament, in Cyber Rev’s favour.

Eric Roy is a Contributor to aybonline.com.