Well, ladies and gentlemen, we’ve reached the end of Day 2 here at BaseLAN 29 and the competition has been fierce! Bombs have been defused, headshots have been made, and nearly half of our Counter-Strike hopefuls have been eliminated. As Day 3 approaches, only 8 teams are left in the running as the elimination round moves into the semi-finals.

In the Winners bracket, BL28’s top 4 will be facing off in a semifinal that is sure to be the most exciting yet this year, with reigning champions Cyber Revolution going up against True North in the semifinals. In the Loser’s bracket Team Crust, #SurfsUp, Almost Dead, and Mutiny will be fighting hard to move one step toward redemption and a shot at the win. 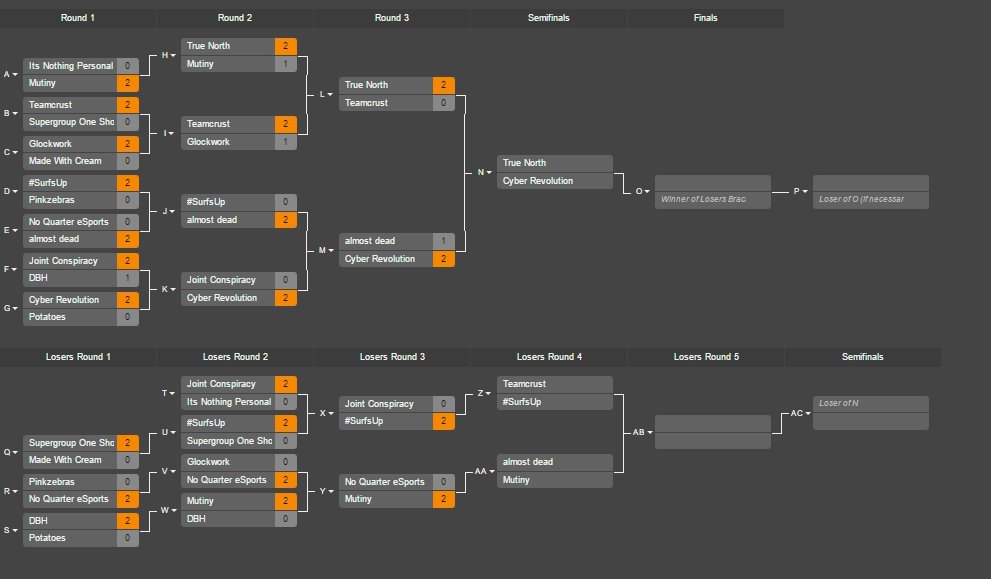 “But Eric,” you wail, “I’m not at BaseLAN, how will I see it all?” Don’t worry boys and girls, you’ll be able to see every second LIVE with Orion and Pyro on Twitch, starting with their pre-show antics at 11:00am Sunday morning!

“But Eric,” you continue to whine, “I can’t watch Twitch anymore, they banned me for being too excited about Counter-Strike.” Well it’s your lucky day! I’ll be posting recaps of all the important matches right here on AYBOnline. So get hyped everyone, the conclusion of the CS:GO tournament begins tomorrow at the crack of noon. See you all there!