Back From Holidays: The Games I Played 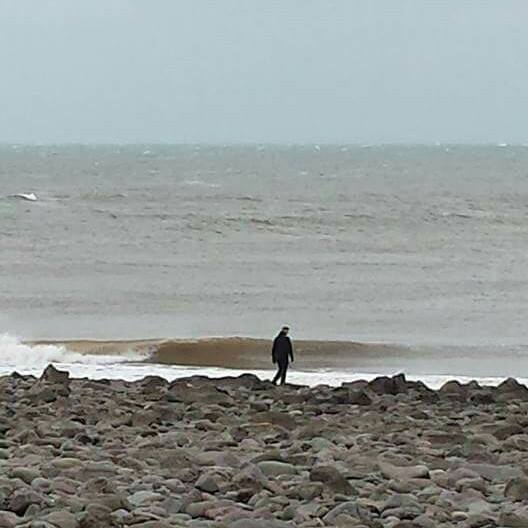 I took two weeks off, and now I owe it to you all to fill you in on what I was up to when I was with family, game-play wise.


So, while I was out in Nova Scotia, breathing in the fresh salty air, I played the Wii U games Shovel Knight, Super Mario Maker, Animal Crossing: Amiibo Festival, and one on my phone, by the name of Star Wars Uprising. Now, while AYBOnline has an “if you don’t finish it, you can’t call it a review” policy, I can give you at least my two cents on everything but Amiibo Festival (which I’ve beaten about 600 times).

Let’s start with the review!

Animal Crossing: Amiibo Festival is an interesting game. As the name implies, you NEED Amiibos. But the catch is, is that you need 2-4 of the Animal Crossing specific Amiibos, which thankfully the game bundle gives you two of in the box (Isabelle, and Digby from the 3DS version of the game). They also give you 3 Amiibo Crossing Cards, which are used in all of the minigames which are in turn purchased by playing the main game and getting “Happy Points”.

The main core of the game is based around a board game, not unlike the Mario Party series. The main difference is that you lose all the mini games from every round for events that pop up depending on the month. So some months could have nearly 10 events, while others have less than 3. The events are essentially a “Luck of the Draw” type system, seeing as the events just change the tiles you land on into one of 4 colours, representing the chances of getting something good. But even those don’t determine how well you’ll do, as I scored a Gold plate, and my brother landed on a measly Green, and still beat me.

Which leads into the biggest dilemma in the game: it’s completely random. You need to collect the most Happy Points to win, and this is determined by your total Bell count (1 point/1000 Bells), added to your total Happy Points earned through the game. I won four consecutive games, almost all at the last minute. It doesn’t help that the game is heavily dependent on an infamous money-making tool from the other Animal Crossing games: turnips. You have to buy as many as possible, and hope you get a high value roll on any given day. But a wrench is thrown in weekly due to the fact that the prices vary every Sunday when you can purchase them (the lowest price I saw was 80 Bells, the highest was 116), coupled with the fact that the prices to sell the turnips could vary weekly, and up to a day by day basis. If you don’t sell them by Saturday yourself, they auto-sell when you take your turn at the end of the week. Good luck.

The mini-games were forgettable, and required the exclusive use of the Amiibo cards supplied (or bought) to play them. They are unlocked via playing the boardgame, and earning enough Happy Points to make a Ticket, and getting enough Tickets to purchase the games themselves. There was a very difficult “Whack-a-Mole” style game that literally requires three people (or three arms, for you mutants) to play. Other than that, they were either too easy, or just dumb, like a quiz-show-type game that required you to tap the Amiibo Card to answer.

Overall, the game was fun to play, mostly because I became tired of Cards Against Humanity (I am a monster, I know), and it was something that my entire family could play quickly enough to always have something to do. Is it great? Certainly not. But for people who enjoy Animal Crossing, or collecting Amiibo figures, it’s a great excuse to pick it up.

Admittedly, I didn’t spend a lot of time with this game, as it was only for one player, and building the levels takes an insane amount of work for the short time I was there. In a sense, it suffers from Little Big Planet syndrome. That said, the levels that were made by the community were nothing short of amazing. Had I gotten my hands onto it for more than an hour, I’d have loved to have made a level for the world to play.

This holiday season was my first exposure to Shovel Knight. I blame you all for not pointing me to this amazing game prior to the end of the year.

It reminds me of Ultimate Ghosts and Goblins from the SNES, and Mega Man X, arguably one of my favourite games of all time. So to say that I enjoyed myself is a massive understatement. It’s easily the #2 game that came out that I played in 2015, behind only Rocket League. It’s that freaking good.

The art was amazing, and not only because I’m a cheap sucker for 8-bit style games. It’s colourful, and and the level designs are fantastic. The character designs are probably some of my favourites in ages. The animations were super slick, and I could gush for days about the NOV designs and personalities. This game is full of life that many WAY more expensive to make games fail to achieve.

My only regret is not finishing the game while I was at home.

This has been a pacifier for me in terms of how I play it. It’s simple enough to pick up (although the touch controls are a bit… unrefined), and it enjoyable enough as a Star Wars title. It’s no KOTOR, or Battlefront II, but it’s still pretty good.

The game picks up just after the credits roll on Episode VI from the original trilogy, with you playing the sibling of Riley, who was injured by a local mercenary in the Anoat Sector, which is the home of the planets of Hoth, and Bespin. So you get some pretty iconic places to go and mess some “bad guys” up in.

The events the game has are based on either helping or hindering (with a massive focus on the latter) the Empire’s Imperial Star Destroyers. These are pretty neat, and allow you (with a TON of luck) to get some really good gear.

Which leads to the next point. Your level, while important for getting more XP, and better potential drops, your gear, and its levels are what really drive your progression. Which is also one of the game’s faults, because of the freemium way the game operates. You can get great gear just by playing the game, but to get the best stuff, you need Chromium, the paid-for currency (you can earn it in-game, but very slowly), to get some of higher tiered gear, which thus leads to higher leveled gear.

And with that, you’ve just gotten the low-down on what I was up to, aside from visiting the Bay of Fundy. I am already starting the New Year with a new pep in my step that wasn’t there last year, and I’m horribly excited where I’ll be at the end of the year!

Quinn Smith is a Writer and Streamer for AYBOnline. He prefers PlayStation consoles, but won’t shy away from Nintendo. His Opinions are his own.