AYB Reviews — This is the Police… 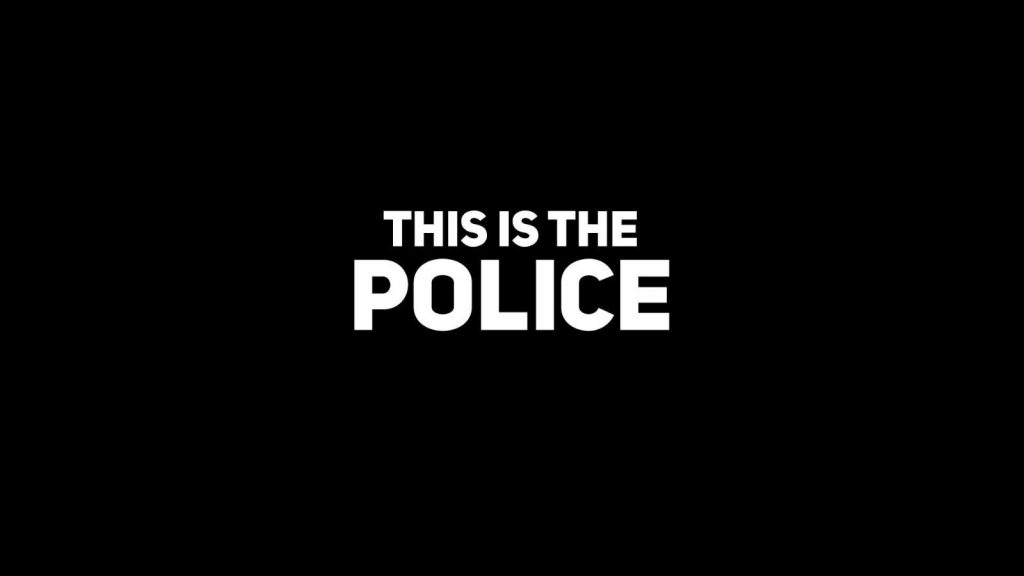 You’re sitting in your desk smoking your cigar as you send two of your youngest and brightest officers to a call in the slums, a great future ahead, with careers of protecting and serving. little do they know it’s a mafia hit — their hit, and this was their last shift.

You see they were starting to figure out too much about your outside of work duties, so you needed to cover your trail.

This is the police…

In This is the Police you assume the role of Jack Boyd, retiring police chief of Freeburg, the mayor basically told you “Thanks for your service, now get the hell out.” With nothing saved in your pension, it’s time to make these final days count, you have 180 days to clean house and get half a million dollars.

This is the Police is a lot of things, part story-driven narrative, part Police sim and part detective game. All of it is, I feel, beautifully pieced together with a wide array of classical music, story and characters.

The game starts every morning with the morning newspaper and its headlines hitting your table. This gives you hints to what’s happening in your city, or what to expect for the day. One morning an officer had literally shot a baby–literally. so the city had mandated every officer take a psych exam the next shift. Or it will let you know little details like an upcoming protest or criminal workings. ALL of this is important so take note.

When you make the transition to your desk you’ll be met with a series of tasks, officers being placed on shift or officers asking for shifts off. Be wary, as you’ll encounter some wild reasons — but it does test your empathy. For my review I denied all time off requests, cause I’m a prick of a police chief and frankly I got a station to run not a damn nursery.

Of course, there will be legitimate reasons to bench an officer, such as fatigue and mental strain. You don’t want them burning out so giving them the day off or switching shifts is reasonable, you’ll be able to tell this by the green bar going red.

During the shift you’ll encounter municipal requests like singing to the mayor’s wife for her birthday, having an officer help with a crowd for a movie premier or escort. You’ll need to do these to ensure the city/mayor is happy with you, as much of a prick the mayor is he owns you and will make your time hell if you don’t comply. However, listen and you’ll be rewarded and sometimes, you’ll have tasks from the mayor’s office that will question your ethics and put them into play. I had one to fire all my coloured officers as there was currently a riot breaking out with racists in the city, I held my ground and chose not to, and went against the city’s orders, and subsequently  threw the mayor under the bus. As when city hall fired all their coloured employees due to public pressure and I did not, the local newspaper (in game) ran a story about it… of course every action has a consequence. I was later reprimanded for not firing them and for the headlines in the paper slamming the mayor. For this, I was forced to fire two officers due to a budget cut.

In the end the decisions will fall upon you, your ethics and what you feel is right. Doing missions for them increase your station’s budget which in turn gives you more money, operation and upgrades. I mean who doesn’t want a totally loaded swat team or paddy wagon to send on missions?

Other missions you’ll encounter request from regular ole citizens to help protect their businesses, put some heat on other people or be the muscle. These sometimes present unique rewards.

Again, remember every action has a consequence.

Throughout the shift you’ll have your detectives working cases, solving arsons, murders and breaking drug rings. This I feel is one of the big takeaways and unique features to the game. It breaks down the whole detective work for you. You’re given information from witnesses to help solve the case and it’s up to you to piece it together.

Some choices in the game will have you asking: how many constables do you send to a domestic dispute? Who do you send? But wait there’s a call of a potential armed robbery, do you send your best officer? or the lazy good for nothing constable in hopes that this does them in and you don’t have to retire him?

Different events will affect how you play this game, simple decisions can turn to big ones, and the smallest choice can turn out to be the end for you or your officers.

Arguably the most important part of this game is your officers, they all have different ranks and fatigue meters (like we just talked about in days off). Obviously the higher the rank the better the officer they are, the lower the worse. I had an officer with a ranking of 450 and an officer with 5, an optimal “doing their job just right” officer is about 250. Within this, you’ll be able to tell who your straight shooter clean officers are, and the ones easily swayed by the criminal underworld. This is all useful information as you need to know who you can trust, who you can send onto jobs and in the end, if it has to come to it, who you have taken out by the Mafia, yeah you read that correctly. You can whack your own men.

Using this information and your crew, you run two shifts, A and B, a mix of men and women of all races and ages, the game doesn’t discriminate but sometimes the characters do.

So not only are you trying to balance a police station, and please the people at city hall, but also ensure you’re not tomorrow morning’s headlines, which play an important role in the game. For example, if there’s a feminist rally downtown do you leave it be? Or do you send swat? Tomorrow’s headline could read “Peaceful Protest Downtown” or “Police Raid Feminist Rally.”

You’ll be given tasks from time to time, such as ignoring a call, sending police as muscle or losing evidence. In turn, they give you some benefits like altering police documents, buying someone’s silence or setting up a fake call for your officers to go to and have them taken out by the mafia, it’s something you’ll need for your back pocket for later.. trust me.

Unfortunately sometimes this turns heads at the precinct and when it does you have to take care of it,buying silence or body bags.

Now this story, man, it’s written like a crime novel, it draws you in and you just want more. It sets the stage for an open-ended adventure, you actually can’t see what’s coming and that’s the charming part of it. It’s dark, dangerous and dare I say edgy.

I’m really drawn and enthralled by the dark story it lays out. As we know so far, you’re a retiring cop who needs to make half a million in 180 days, mafia and crimelords are involved, and the mayor is a prick. This sets the stage for one hell of a drama and a seat gripping thriller. What do you do? How do you do it… can you pull this off?

The mayor rides your ass most if not all the time taunting you, pushing you to the edge which is typical, your deputy is a sleazeball working with the wrong people, and your wife left you. So really what do you have to lose?

Lastly, the music. You are graced with legendary music within the classical genre, you’ll get your ears blessed with Beethoven, Bud Freeman, John Sangster and Pearce -Pickering Barrelhouse Jazz Band to name a few, this again truly sets the tone for a 1960’s feeling cop story. the music is one of the best mood setting parts of the game, and I rather loved the fact that I got to choose what to listen to, it made the experience that much more immersive.

Overall I would recommend this game for anyone who likes management style games, part sim and part work, you’re also gonna have to like crime thrillers as you don’t know what will happen next. This game is specifically for people who love story driven narratives and can get lost for hours in a solid book, it’s more of a visual novel with decisions and consequences.

Steve Noel is the Deputy Editor for AYBOnline, his opinions are his own. It’s always high noon at his desk.

AYB Reviews indie game This is the police weappy studio