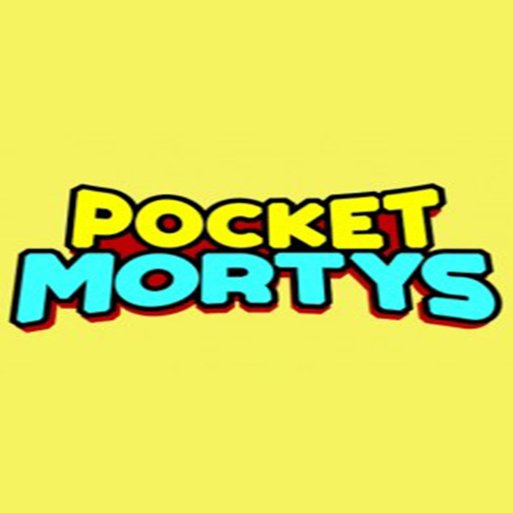 What do you get when you cross Pokémon, alternate dimensions, and wanton child abuse? Why, the brand new Rick and Morty mobile game Pocket Mortys of course!

Published by Adult Swim Games, and created by UK game devs Big Pixel Studios, Pocket Mortys is a “Gotta Squanch ‘Em All” game that revolves around catching, combining, and battling different Mortys in an attempt to retrieve Rick’s lost portal gun and become the Mortymon™ champion of the multiverse. With over 80 Mortys to catch and battle, it’s as if you took Pokémon and added child endangerment, disrespect for the sanctity of life, and grindy and uncomfortably addictive gameplay designed to keep completionists hooked for as long as possible (so exactly like Pokémon).

Like I’ve mentioned in previous articles, my bar is set pretty low when it comes to free games. Really, all one has to do is attempt to be interesting and not bombard me with microtransactions to get a pass. But it seems like most times the developers tasked with these “Big IP” mobile games go for the safe – and easy – bet, pumping out a Candy Crush clone or Gacha game and calling it a day (I’m looking at you Futurama: Game of Drones). Whether it’s because of pressure from studios, lack of creativity on the devs’ part, or simple money-grubbiness, we usually end up with forgettable and subpar games that completely ignore the spirit of the license.

Thankfully, Pocket Mortys practically oozes the Rick and Morty oeuvre, with tons of callbacks to the show and original humour that meshes really well with the overall vibe of the universe. Go through a tutorial with Mr. Poopy Butthole, get rescued from a game over by Bird Person, and feel bad for Jerry’s woeful inadequacies as both a father and a man, it’s all there.

Gameplay-wise, it’s a pretty simple choice. If you enjoy Pokémon, I can only assume you’ll enjoy playing Pocket Mortys. It’s understandably simplified, (Pocket Mortys uses a Rock-Paper-Scissors typing system vs. the 18 types Pokémon boasts, there’s no breeding, there’s significant move overlap between Mortys, etc.) but for a licensed F2P game it’s a damn fine effort. They nail the collection aspect, the battling is just deep enough to be engaging, and after sinking 6 or 7 hours into it over the last few days, I’m only hovering around 50% completion. Combine that with the fact that I haven’t even noticed a microtransaction, let alone felt pressured to pay one, practically makes this the licensed GotY.

That said, I have my gripes. The controls handle real slow, the battles move slower, and the menus even slower than that. The actual gameplay is pretty samey, with little in the way of plot beyond some brief sidequests, and the randomly generated environments, while different looking, are lacking in the way of true variation. Crafting, while perfectly fine conceptually, is seriously lacking in some quality of life options. There’s no way to craft from recipe, so for each item you craft (and there will be many) you have to remember your materials, click add, scroll through the list, select the item, and repeat twice more with short loading screens between each step. It doesn’t sound too tedious, but by the 3rd or 4th item you’re ready to pull your hair out.

Overall, Pocket Mortys is a solid mobile game. Fun in small and large doses, somewhat addictive, and not pushy with the microtransactions. If you like Rick and Morty or Pokémon, it’s well worth a look. If not, I’d say give it a shot anyway, since there isn’t really much to lose. Hopefully we’ll see some much needed quality of life updates coming down the road, and maybe even a content expansion or two. I’m impressed with the obvious creative effort put into the different Mortys, and am concerned about how much time I’m going to spend collecting them. What else can a guy ask for?

Eric Roy is a Senior Editor for AYBOnline, and can tell you EXACTLY how a Plumbus is made. You can follow his inane stream-of-consciousness ramblings on Twitter, he’ll probably follow you back (he’s pathetic like that).