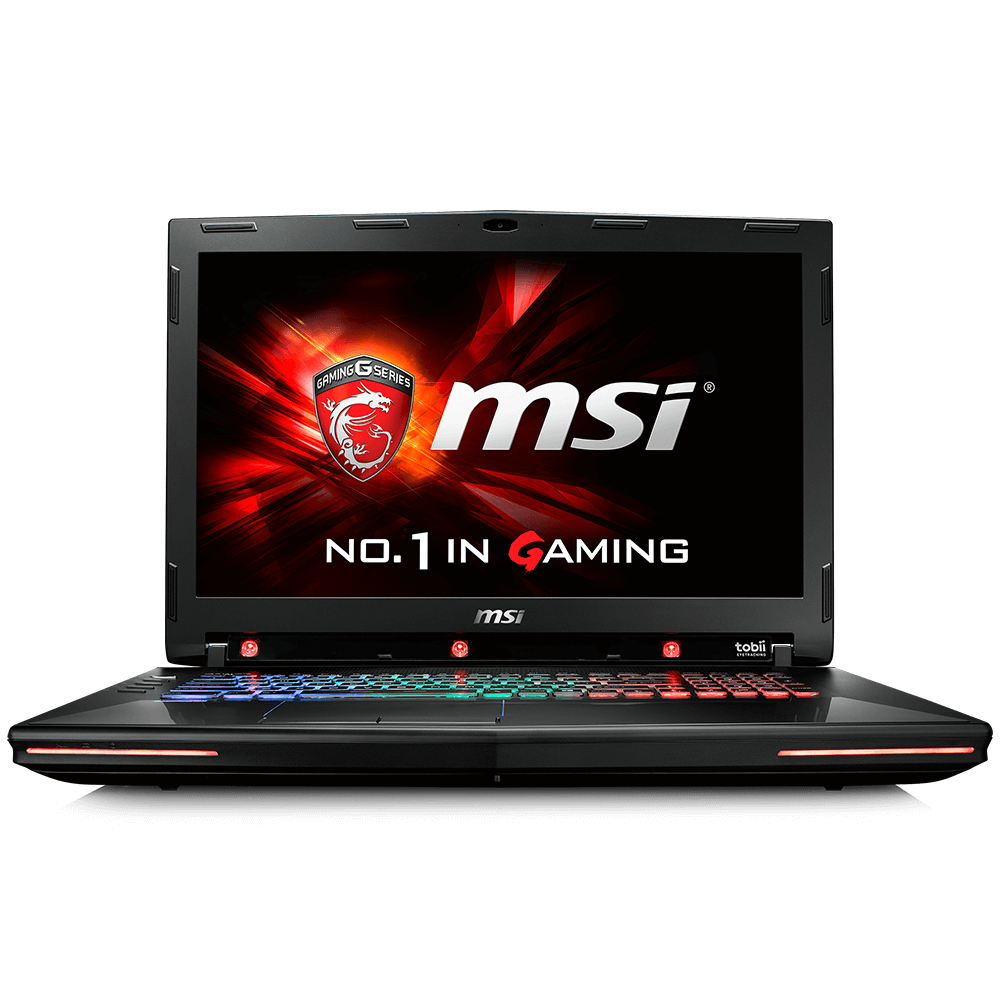 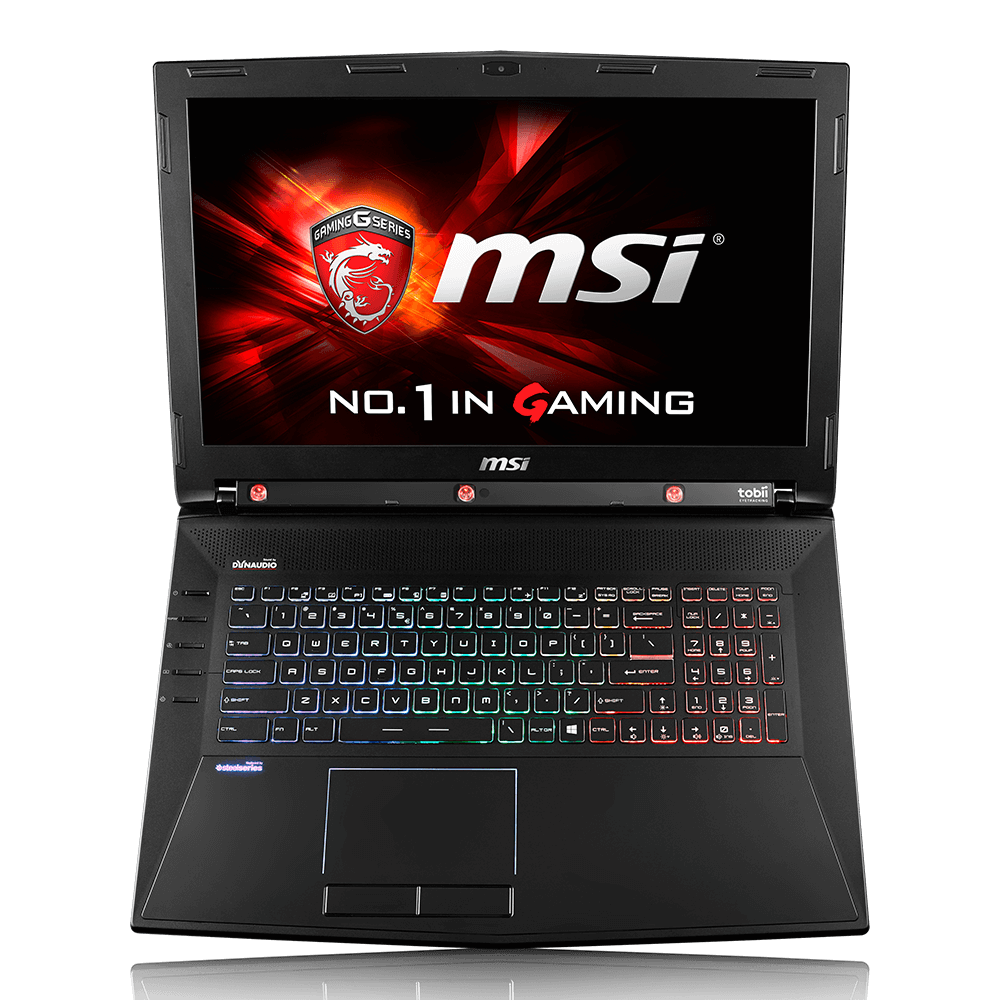 This month, MSI has given us one hell of a laptop: the MSI GT72S Dominator Pro G TOBII. It is definitely an expensive laptop at $3,899.99, but it’s a price point that comes with the hardware to meet it.Starting out with the hardware: it comes with 64GB of DDR4 RAM, an i7-6820HK CPU, and a GTX 980m 8GB video card, so it has a beefy backbone. The monitor panel is a 17.3″, 1920 x 1080 IPS G-Sync wide view angle panel. For storage, the OS drive is 2x 128GB NVMe M.2 SSD by PCIe Gen3 in RAID 0, and a separate 1TB 7200RPM hdd. For extra features, the laptop comes with a  TOBII Eye Tracker. Even with specs like this, it didn’t really help with overall gaming performance when compared against my lower-cost desktop PC with 2 GTX 970’s in SLI. The included ports in the laptop are four USB3.0 on the left side, and two on the right side, for a total of six. The audio ports are three speaker ports, and one microphone port. The Nahimic audio software that comes with the laptop lets you customize and equalize the audio from the built-in speakers or any headphones you plug in. On the right-hand side, you have a Blu-ray writer drive. On the back side, you get a 1-gigabit Killer ethernet adapter, mini display port, HDMI 1.4 port, and a USB-C port; the last of which I found quite useful for syncing and charging my NEXUS 6P. But be careful: Norton Anti-Virus was pre-installed as well, of which I’m personally not a fan. It’s a major resource hog on a gaming PC.

This laptop comes with all of the necessary software to use the TOBII Eye Tracker, and to tweak the display color settings and performance settings. It was quick to get setup. There was a simple calibration game you had to play, and it was good to go. But with TOBII leaving it up to the game developers, they have probably missed an opportunity to test its product with most games. I would have liked to see the eye tracker have the software integrate itself into certain games that may not have had support for the product originally. Thankfully, there were a few games in the box to get you started with the TOBII Eye Tracker: The Division, Son of Nor, Battle of Sol, and Take on Helicopters. However, The Division is the only game I had time to try out.  I was only able to get peripheral vision with it in The Division, and had a hard time keeping my focus on enemies. After seeing some other footage of it being used, I found that some people were able to use it for “aim-at-gaze”. I didn’t find it to be very helpful at enhancing my personal gaming experience, though, as it felt more like a cool tech demo that you would find at a convention. It’s not something I would go out of my way to include in my battle station. Though I could see this laptop being very good for a portable VR setup, I will stick with my old-fashioned mouse and keyboard for now. 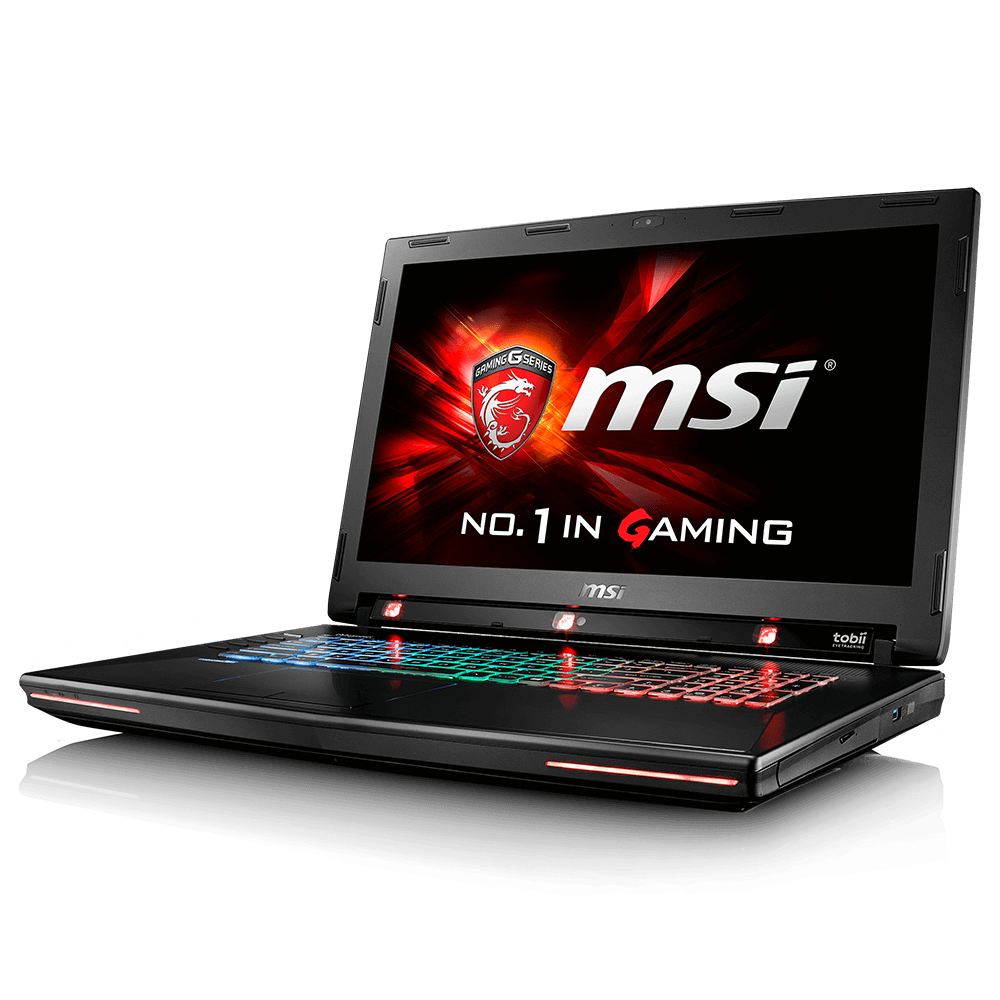 The build quality of this laptop is quite nice with a brushed aluminum finish on the top and a nice, thick plastic on the bottom. Combined with the beefy internals, this does make the laptop quite heavy at 8.4lbs. They keyboard is SteelSeries which is excellent as the back lighting is nice and bright with RGB color selection that can be changed with the included software. I would like to see other laptop manufacturers visit SteelSeries as an option for their keyboards for this reason. The monitor panel included with the laptop helped with the presentation of  the 75Hz quality with G-Sync that it brings with nice, crisp colors. Cooling on the laptop was fairly quiet with normal use. When gaming, there is a button on the right side of the keyboard to crank the cooling to turbo mode, which was quite noisy, but if you’re wearing a good pair of noise-cancelling headphones, this won’t bother you too much.

The great thing about gaming laptops is you can just open it up and start playing anywhere like BaseLAN. It was nice to just show up with everything I needed in a backpack. Battery life was a bit of a concern, though, as it only lasts a maximum of three hours on light use with no gaming. It acted more like a UPS, but this laptop wasn’t meant to be an energy efficient mobile device. It’s essentially a desktop replacement and a great one at the very least. It was quick to get all of my games installed and running when I first opened it up. This was the only time I was able to play DOOM at Nightmare quality, and it was amazing to see the graphics at that setting. On average, I was able to achieve the 75HZ frame rate to max out the refresh of the monitor. At BaseLAN, I had a lot of people coming up to try DOOM at this graphics level because they were limited by their own systems, despite them being spec’d quite highly at the range of most high-end gamers. A lot of PC gamers would get scolded for playing any of their games over a Wi-Fi network but I had zero issues doing so. I still wouldn’t recommend itbut having an included Killer wireless AC card made it possible.

Overall, this is one hell of a laptop, although it’s a bit overkill with it’s current specs. With a slightly lower end processor and 32GB of RAM you could get similar performance from desktop PC at roughly half the cost. If you did any sort of Photoshop work or video editing on the side, then I could see the need for the higher specs. When I talked to gamers to see what they would spend on a gaming laptop, they would not consider this one, as the price is a bit steep at $3,899.99. The sweet spot for someone looking at a decent gaming laptop seems to be about the $2,300 range.

Just goes to show you that bigger and more expensive isn’t necessarily better, but you definitely get what you pay for!