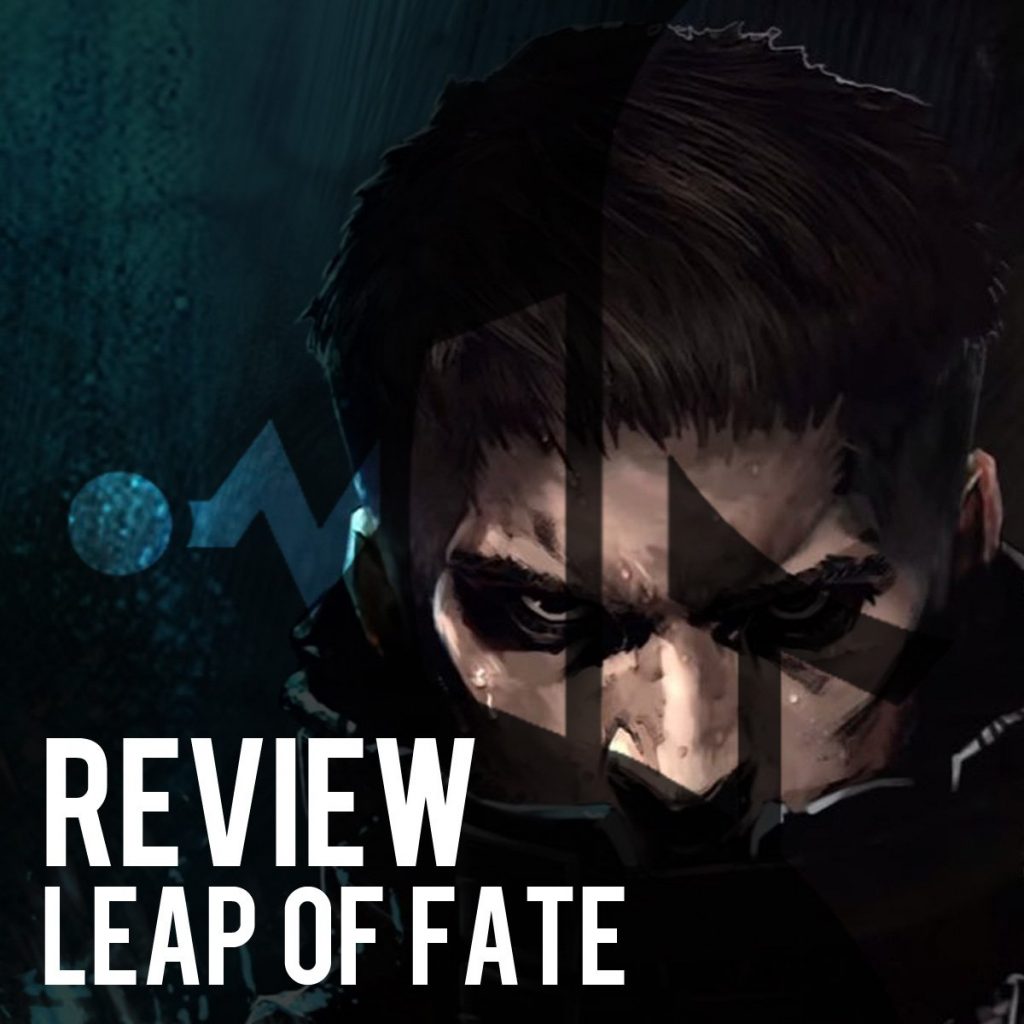 What do you get when you mix roguelike dungeon crawling with tight shooter controls and set it in a cyberpunk atmosphere? You would get one of the best new indie games I’ve played all year. Specifically, you would get Leap of Fate. There are so many aspects I love about this game — so let’s start, shall we?

Leap of Fate mixes technology and magic in an amazingly well-fleshed-out way. It looks heavily inspired by the Shadowrun games because of its combination of cybernetic enhancements and occult magic. Players will start the game only being able to play one character, but after some progression, will be able to unlock three additional characters, each with different abilities and playstyles.

One of the most unique things about this game is that each playthrough is set up with a randomized deck of tarot cards. These cards include combats, guardians, shops, and even mystery cards. As the player, you must work your way from top of the pyramid to the bottom, eventually finding and defeating the boss on your guardian card. Along the way, you will do basic combat challenges that will range from one to three mobs, along with random loot drops and mana pick-ups. Shops will show up in the mix too, offering you random goods and upgrades at the cost of mana.

During each run, players gain access to a huge skill tree for their character — but, just like everything else in the game, this is randomized on every playthrough, so you won’t always be able to depend on the same ability each time.

The control and combat is tight and fast. Controls feel accurate, and it’s really satisfying to bring down wave after wave of baddies. As the players progress, they will also need to complete level- and character-specific challenges that will in turn unlock permanent abilities for that specific character. This helps slightly, but the game is still punishingly difficult, and I honestly applaud it for that. You can buy all the upgrades and abilities you want, but it’s still going to come down pure player skill to survive this brutal challenge.

So a cultist, a mental patient, and a cyber soldier walk into bar…

Leap of Fate would honestly be a solid title even if it only had one playable character, but they went the extra distance and packed in three more. The best part is that all four characters play very differently from each other so even though it will take some leg work to unlock them, there should be a character for every play style.

No matter which character you pick, all paths lead to one mysterious building where you will face the Crucible of Fates, a mysterious group that appears to control the fate of our four heroes. I won’t spoil each character’s back story, because each of them really are unique and interesting.

As far as abilities go, Aeon is a cyber mage with good health and a spread-shot attack. I found him the easiest to use, which would make sense, because he is the only one players will have access to at the start of the game. Then there is Big Mo, who is a cybernetically enhanced soldier with lots of health, but slower movement. He is fairly useful, but I found his beam attack to be a little too pin point to deal with mass waves of enemies. But his counter balance to that is his awesome grenade attack. Next up is Mukai. She is by far the hardest to use, because she has the least health and her attack is a sword slash, so you have to get in closer to enemies. But she also has some of the most unique abilities in the game as she is not only the fastest character, but her sword slash can also push back opponents and deflect bullets. And finally there is Rasimov ,the occultist. Unfortunately I didn’t have enough time to really explore this character, but he seemed interesting because of his two-phase shot and a secondary attack that seemed to collect golden skulls for what I can only imagine is a devastating super move of some kind.

For the time that I spent with all the characters, they all felt very unique and useful in different ways.

One of the issues with roguelikes and randomization is that you can never guarantee what’s going to happen from play to play.

It is the nature of a roguelike for randomization to be part of the challenge, but players may find themselves in a heap of trouble early on, just because the game dealt them a bad hand. There are a ton of abilities, runes, and upgrades, but sometimes the game can seem like it’s holding them back. There were times that all I needed was a key and there were none to be found, whereas other times, I was drowning in keys with no mystery cards or loot chests to use them on. Sometimes you will be dealt amazing abilities with every upgrade allowing you to slow time, do double damage, and be able to walk over pitfalls, whereas other times, it will hand you abilities like revealing an extra row of cards or being able to gain health if you finish a level with exactly one health. Granted some of these could be useful in very specific situations, but it seems sometimes the game just really doesn’t want to play nice.

The randomness wouldn’t be as much of a problem if the game wasn’t so brutally hard. I applaud a new game for actually challenging me unlike so many others, but this game can become relentless at times. Even if you end up with all the abilities and upgrades you want, one level with the right mix of baddies can wipe you clean from the game in a matter of seconds.

The only other real issue I have with the game is that each character has this awesome intro story to really add to the depth, but then we never see anything else about them throughout the rest of the game until the end. I feel it would have been a little more engaging if we got to learn more about the characters, world, or even more about the strange eyeball avatars of the Crucible of Fates along the way.

The fates can deal me in any time.

Even though I’ve only spent just over five hours with the game, I feel like I still have far to go and that makes me excited. Some roguelikes lose their steam a few hours in because you are basically just repeating the same random tasks, but Leap of Fate adds so much more in the way of story and characters that it will keep players coming back.  Even though the story doesn’t really flesh out during the game play, I still feel driven to figure out why each character was drawn to the Crucible of Fates.

With its tight control and satisfying game play, players will definitely keep coming back for more. Granted the randomization can work against you at times, and the game’s high difficulty could scare some people off.

Overall, I feel like Leap of Fate is an extremely fun and interesting experience that offers a lot more game than your average roguelike.

Leap of Fate is available now on PC.