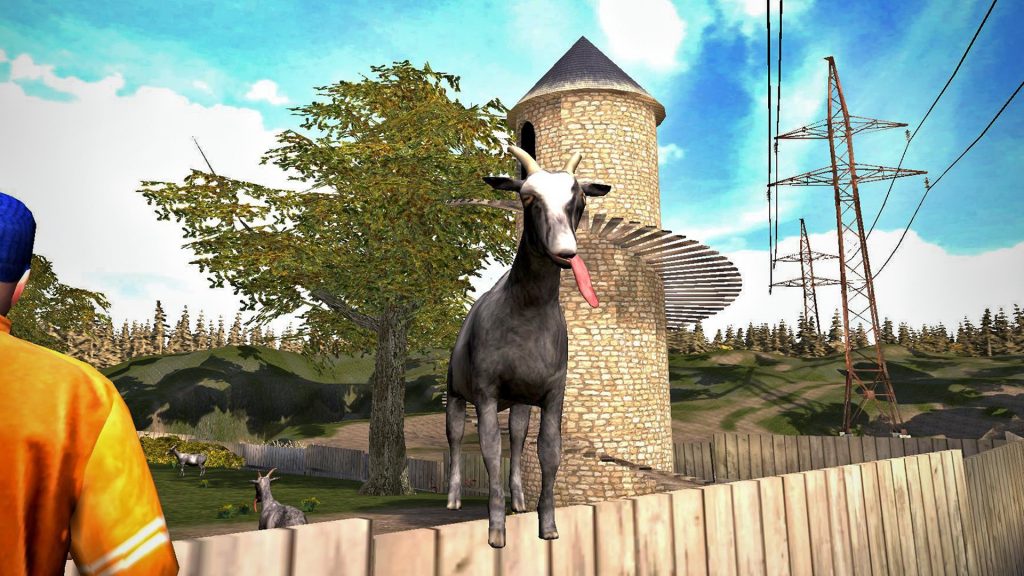 The game that if you don’t already have in your steam library, or haven’t heard of before… YOU need to pay attention for the next few minutes. Allow me the honor of introducing you to Goat Simulator MMO.

For those who have played Goat Simulator, you know first hand Goat Simulator is the premier goat simulating game on the market, with the ability to free roam in a world  where the possibilities are truly endless. 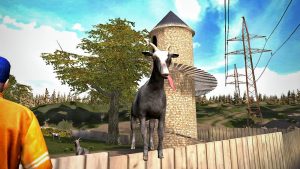 The gameplay is not complex; anyone can pick this up within seconds, you literally need three keys and a mouse. Goat Simulator takes you on a wild adventure from blowing up gas stations like Micheal Bay, flying around on a rocket or sacrificing the innocent to become a demon goat.

How you play is solely up to you, you can be a pacifist goat and do nothing but graze and eat grass in your pen, or you can run through a warehouse exploding eighteen wheelers whilst doing a kick flip due to the lack of physics.

With this new add on, the game boasts some impressive new features:

When you actually take the time to appreciate what Goat Simulator MMO is, you’ll realize it is art in its purest form. The game  can really humble a gamer with its satirical shenanagins, especially one who frequents MMOs. Personally, I’d go as far to say it’s one of the best I’ve ever played. Tell me right now if you can find another game where you can play as a microwave magician that can throw fireballs, pizzas and scream whilst throwing cards? The fact of the matter is you simply can’t.

It’s crazy to say this was my first positive interaction in an MMO mainly because I didn’t have veteran players harassing me to quest, nor did I get swamped with clan invites. I could simply jump in the game with the illusion other players are actually there and enjoy.

On record I currently have 37 hours logged playing, “Why?” You may ask, I honestly cannot get enough of this game. Never have I enjoyed a two hour gaming session as much as I have with GS. The in-game physics are the definition of broken. If you come into this series with the intention of playing a serious next gen game, you’ll need to give your head a shake.

Where other MMOs fail, Goat Simulator succeeds. It was made for the average gamer, you don’t need to be a hardcore level 99 clan leader from the elder plains to grasp this game. It’s meant to be what it is: a game for anyone that is in need of good laugh, wants to experience messing around with open sandbox adventures or just have a grand adventure as a goat.

If you’re not already convinced you need this game, here are my top ten reasons why you need it:

So if you are up for a grand adventure, want to experience life as a goat, or be a microwave I highly recommend this title for you.

What are you waiting for? Your next grand adventure awaits!