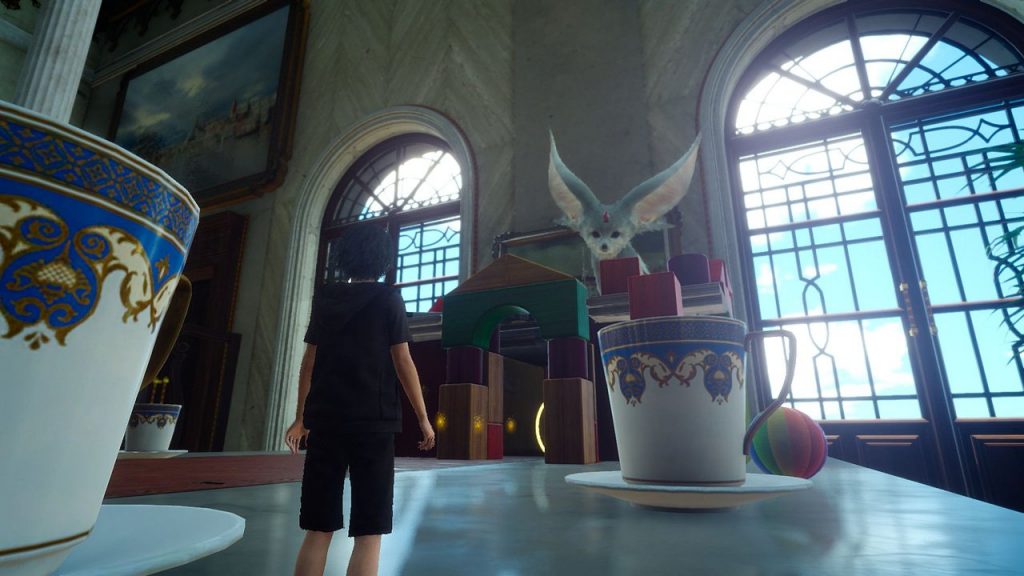 I will say one thing: Square Enix knows the way to a girl’s heart. But is it enough to save the relationship I have with Final Fantasy games?

I am not the first, nor will I be the last, to admit that my love for the Final Fantasy series has been fleeting as of late. Square makes such pretty games, sure, but when Final Fantasy 13 came around, it lost a bit of that exploratory wonder that is iconic to the series. While I understand that taking a risk sometimes with a franchise that has been around since the 80s might be the thing to reignite the flames, some of the risks did not help the cause. While I can’t speak for others, I know I’m probably not alone when I say that I sort of forgot about Final Fantasy for a while.

I played a bit of Final Fantasy 14, but I’m a pretty anti-social gamer at the worst of times, and the friends that were interested in it were soon distracted by other games. Then there was Type-0 and all of the other spinoffs that didn’t really catch my interest… I was worried. I had grown up with this series, it was that first love I just couldn’t forget — the one that started this crazy video game journey of mine. After all we had been through, is this how it would end?

Final Fantasy 15 helped regained a bit of hope when I tried it out at PAX Prime. A mix of the old with new really breathed life back into it, and the spark reignited as I waited anxiously for any news of the new installment — and when that happened, the social media bomb was dropped. You couldn’t scroll through Twitter without encountering something about Final Fantasy 15.

One of the things that came from the launch announcement I found intriguing was the Platinum Demo — and for those of you who have a PS4, this demo is completely free to play on the PlayStation Store®! Besides, you can’t resist a stupidly adorable fluffy fox-like Carbuncle peering at you curiously.

So what is the Platinum Demo? The demo features the young prince Noctis who is seemingly trapped in a dream. You come across a magical guide — whose name you eventually learn is Carbuncle — sworn to protect you and lead you out of this dream. It features enemies you can fight against called Nightmares; plates which can change the weather, time, or transform you; and an “End Boss” of sorts to get a feel for some real combat. Square mentioned in a past press release that the demo is completely exclusive and unique in that the story will not be included in the final game.

It was pitched as a separate story portion to Final Fantasy 15, and while that’s not wrong, I feel as though the demo was created to show off the tech side of the game. The “story” is incredibly short: you can easily beat it in about 45 minutes if you’re not feasting on all the eye candy. Like I mentioned before, Square knows how to make their games pretty as hell, but there are a few things that worry me a little.

I found it a little frustrating in the demo at the inability to press buttons to speed up text. Carbuncle guides you via telepathic text message (#BecauseFinalFantasy) and there are times you must wait a good ten seconds until the next bit of text comes in. There’s no way to speed this up and it lends itself to some awkward waiting times when you’re just itching to keep moving towards your next destination. This hopefully won’t happen in the final game, as most installments in the past are pretty good with letting you speed up the text.

The controls, however, took me a bit by surprise at how slow they felt. In comparison to the demo I played at PAX Prime, the controls and combat for the demo felt slow and clumsy. There would be times where I would tap the Square button to do a dodge roll and nothing would happen. I would proceed to press it one or two more times, where I would finally get the dodge roll I was looking for. This only proceeded to get frustrating around the end of the demo, where Noctis confronts a colossal giant and transforms to his adult self. Even though his adult self is much stronger with more abilities in your arsenal, the combat felt incredibly cumbersome and almost barricading. Nearly at death far too many times in that battle, I felt flustered at how bad I was doing. What happened to the smooth, responsive action that I experienced at PAX Prime?

Was it, perhaps, that not a lot of time was spent into finessing the gameplay of the demo? I’m not sure. I don’t know if I can be completely upset with Square about that, considering it was just a 45-minute demo, but it still has me a little worried about the final product. I enjoyed the demo for what it was — a nice little time waster that apparently will reward me with the Carbuncle DLC upon launch of the final game. Or so was promised by Square Enix when their press release came out a couple of months ago. I enjoyed how adorable Carbuncle was and how pretty everything looked, but just like a baked cake, it’s not just about the icing; it’s the inside that matters most.