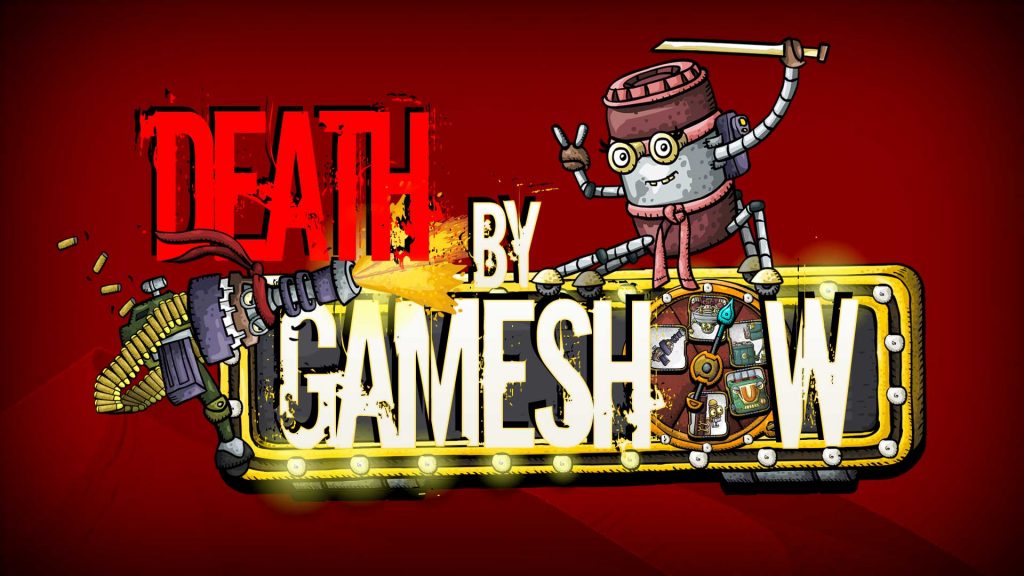 Do you like Lemmings crossed with Command and Conquer, and round planets? Then Death By Game Show is right up your alley, if you’re up for a challenge!

You are U. H. Wutt, and you are far too smart for the rest of humanity. Therefore, by the power of your robotic overlords, you have been sentenced to be rehabilitated by way of a game show to make you dumber — and also dead. This is the only real story bit of the game, as it places you into the control of our hapless hero.

The game takes a page out of Minecraft, having no real tutorial (outside of signs that you have no time to read) to guide you on how to play the game. You are only directed on how the game is designed to end in every level – by making it to the Shuttle back to the Game Show stage.

From there, you are tasked with meeting the requirements to call your lifeline in the sky to its pad and get back to safety. These can range from achieving a certain dollar amount to earn, to surviving for a particular length of time.

Challenging: that’s the fastest and easiest way to describe the game. The game definitely hits the mark with what they were aiming for, resulting in a twitch-action game with strategy elements. Every level outside of the earlier ones require a ton of trouble shooting in order to figure out and progress.

Unfortunately, with the way most of the levels work, you have no time to breathe as the game is throwing enemies at you from the moment you land. This prevents you from scoping out the level and assessing how to get it done on your first playthrough.

On top of this, some levels require so much trial and error (and sometimes just pure luck) to complete that you can easily spend 20 – 30 minutes attempting to get it right before finally finishing a level — and then still requiring a few more runs in order to accomplish the level within the time constraints.

Fortunately, if you are having a tough time getting past a level, there is a difficulty slider so you can tone down the insanity to make passing levels easier. Just don’t expect them to be a cake walk if you tone it down to its easiest form, as you’ll still have to use your skills to master the challenges. This game really makes you want to try and get by on the harder difficulties before you tone it down, and uses this as motivation to progress.

The soundscape overall is decent. The voices and other SFX are well done, and suit the characters and mechanical bits. The announcer’s voice when the shuttle arrives is rather funny as well, such as moments when he’s yelling at you to “Get to the Choppa” in a similar style to The Governator.

Unfortunately the music doesn’t seem to truly fit the title and would probably be more at home with a title like Steamworld Dig with its western style guitar twangs and piano.

Once you get over all the frustrating bits and actually figure out how the game plays, it is quite an enjoyable game. From collecting money with your Bionic Commando-esque arm to summoning Uniracers like speed bombs, the game has a lot of charm and humour, and you can tell that a lot of love and care was taken into making it. That combined with a lot of support for the community that plays it, developer Oointah Games wanted to make this the best possible game it can be.

Quinn Smith is a writer and streamer for AYBOnline. His opinions are his own. When he isn’t being followed by a flying gym locker, you can see him trying to figure out astrophysics. He really isn’t that smart though.