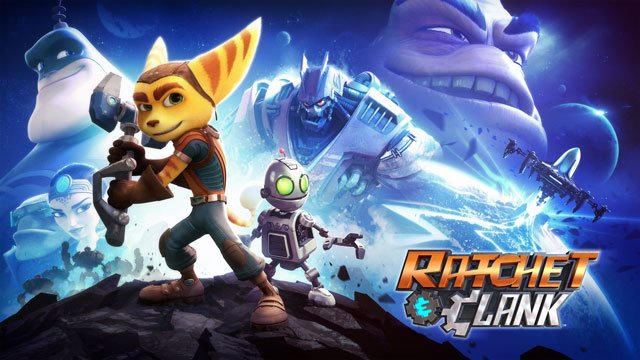 As a lifelong fan of the franchise, Ratchet and Clank has defined my youth and most of my adulthood. Which is why I’m excited to review both the latest installment of the game and the new movie based on the original game! 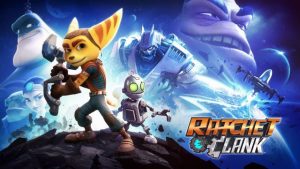 For a rather brief history on the Ratchet and Clank series (and without spoiling anything), you follow along the journey of a Lombax — think bi-pedal cat-person for the uninitiated — by the name of Ratchet, and his defective warbot and robotic backpack and partner in heroics, Clank. You hop from planet to planet and between games from galaxy to galaxy, saving the day while smashing and shooting baddies as you progress through each title’s campaign.

This all started back in 2002 with the first entry of the series that launched on the legendary PlayStation 2, and which shares the title of both the latest game in the series and the movie.

With our return to the Solana Galaxy for a new generation of consoles and also within the movie, you can see the love and care that Insomniac Games and the movie teams put into not only remastering the original title, but also updating it and making it accessible for newer audiences that may not have played or watched someone play the first game.

That said, if you have a PS3/PS4 and haven’t played the first games in the series, go get The Ratchet and Clank Collection. You can thank me later.

In terms of how the game play works, it’s essentially the first game redone in the most up-to-date way — and seriously for the better. The controls have also been updated, so strafing your way around encounters is the most fun as it has ever been. The guns have mostly been recycled from the Future series of the PS3 era, which isn’t the best thing to see but they are still satisfying to blast enemies with.

Some of the stand-out weapons are the ever-popular Groovitron which, as the name makes it out, gets your foes to get their dancing pants on; and the Pixelizer, which turns all of your enemies into 16-bit caricatures of themselves, which is actually quite breathtaking to see. It was also nice to see the Glove of Doom get its name back, and be just as deadly as ever. I would have liked to have seen some more of the classic guns get a new lease on life in this title, such as the Tesla Claw or Suck Cannon.

The story is mostly shared between the game and the movie, in that a lot of the cutscenes in the game are actually ripped directly from the movie, so if you’ve played the game or watched the movie, you may have spoiled the plot for yourself a bit.

Speaking specifically on the game, most of the story progression follows very closely with what the original game had you doing, the difference being that it is now narrated by an incarcerated Captain Qwark, where there wasn’t any narration in the original. That said, the overall plot doesn’t stray too far from the usual Ratchet and Clank fare: Save the galaxy and beat the bad guy (who usually ends up being Dr. Nefarious at the end.) This isn’t a bad thing for the game, as it is as fun as it has ever been, but the movie definitely suffers a bit from the conversion. That said, the writing was actually really well done, and the jokes and easter eggs make up for some of the issues in the story.

The character progression is rather thin on both sides of this title, as it mostly focuses on the three main characters. It would have been nice to see more from Brax, Cora, and Elaris, as they were interesting characters that got decent screen time, but little more than basic dialogue to help push the story along. Even the original title’s quarrel between our dynamic duo is gone, replaced with our leading Lombax depressed that he couldn’t save the day midway through the story before Clank comes to bring him to his senses. Even the villains in Paul Giamatti’s Chairman Drek, and longtime series bad guy Dr. Nefarious aren’t given much progression out side of the usual “Let’s Wreck Up The Place” trope.

Now onto probably the easiest thing to talk about in this double review: Graphics. The movie looks like Pixar had a hand in making it. It looks phenomenal from start to finish, and has a vibrant array colours and effects that really tries to draw you into believing that this galaxy you’re stepping into is real. The game on the other hand doesn’t look quite as good as the movie, but that is simply due to the fact you can’t animate eleven billion pixels at a time on a console at the present moment.

That said, it is easily one of, if not, the best looking PS4 titles out there on the market at the moment. And for the cutscenes that are in the game, you can hardly tell when they aren’t taken directly from the movie, which is a stunning achievement on Insomniac’s part. The weapon effects and bosses are stunningly beautiful, and as I mentioned earlier, it just pops with colour and vibrancy not seen in a lot of games these days.

Overall I have to say that I enjoyed the movie and love the game. Was it the best candidate to break the videogame-to-movie mould and do the impossible? Unfortunately not. But that doesn’t mean that it’s a terrible movie. It’s actually quite good, and I encourage any fan of the series to see at least once in theatres.

The game on the other hand is easily up there in my top three Ratchet and Clank games (the other two are 2009’s A Crack in Time, and 2003’s Going Commando). Everything about this updated version of the classic that started the series just sings in a near-perfect harmony.

Quinn Smith is a Contributor for AYBOnline. When he isn’t getting dancing lessons from the Groovitron, he’s polishing his trusty RYNO. His opinions are his own.