On August 3oth, Armello will be coming to Xbox One for $19.99 USD. On the same day, the first major DLC entitled The Usurper’s Hero Pack will be available for $9.99 USD. The DLC will be available on Xbox One, Playstation 4 and Steam.

The new DLC includes four new heroes, one for each of the playable animal clans. On top of the new heroes, each clan will also get a new Clan Ring that will provide stat boosts to the wearer.

The new heroes include:

Magna, the Unbroken of the Wolf Clan:She has the ability to reflect attacks.

Elyssia, Wardress of Warrens of the Rabbit Clan: She can fortify settlements to better control the amount of daily gold she gets for holding them.

Ghor, The Wyldkin of the Bear Clan: He draws his power from the forest, allowing him to cast spells for one less magic when he is beside one.

Sargon, The Death Teller of the Rat Clan: Sargon has the ability to see cards before they are drawn, giving him an advantage over all the other characters.

Armello is a digital board game that combines concepts from table top gaming with the deep strategic gameplay of a card game. The game allows players to explore a deep world with the ultimate goal of winning battles and usurping the throne from the Mad King Armello. 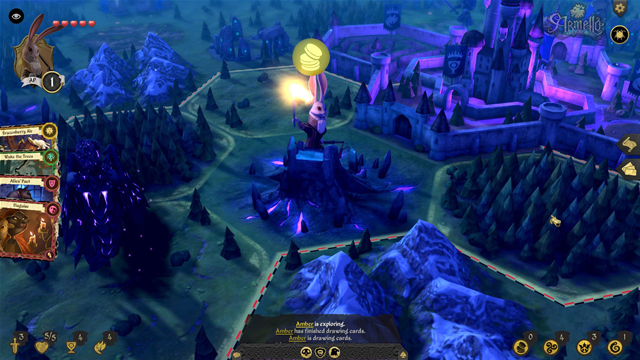 I am fairly bad at card games, but I certainly appreciate cool artwork. This game looks gorgeous. This DLC looks like it intends to further deepen the strategic gameplay.

Nedu is a writer for AYBOnline. He also weeps to himself when he watches Watership Down. His views are his own.