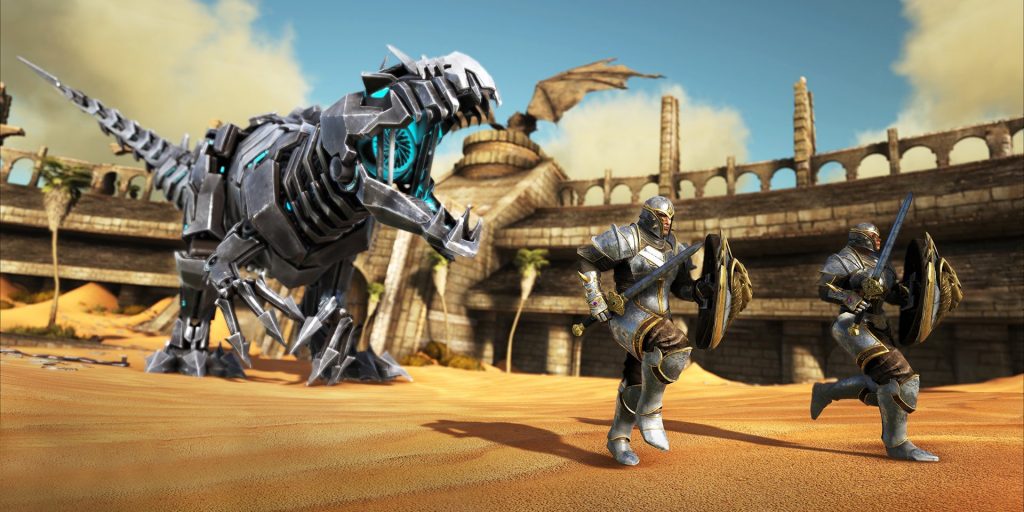 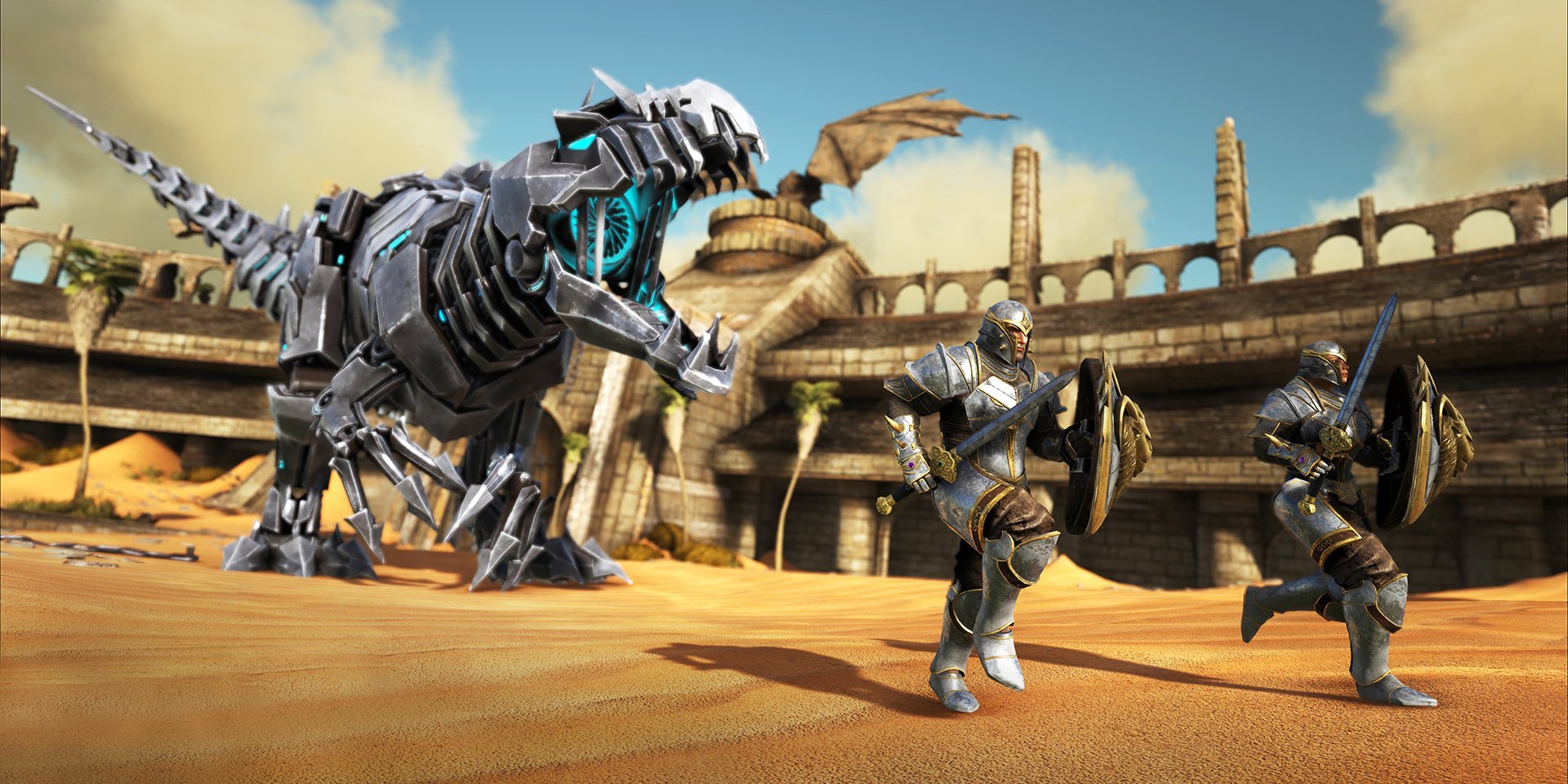 Studio Wildcard has announced that the PS4 release of ARK: Survival Evolved, dubbed the ARK Survivor’s Pack will deliver not only an up-to-date version of the original ARK: Survival Evolved, including all previously released content, but also the Scorched Earth Expansion Pack to North American PS4 gamers next week! Now if only I could secure a more regular supply of cementing paste…

The Survivor’s Pack will also include exclusive PS4 content including a Bionic Giganotosaurus skin, and an entire Manticore armor set. Much like the early access game on PC, PS4 ARK players will also receive a constant stream of major updates packed with new dinosaurs, weapons, armor, mechanics, and lifestyle improvements, until it releases as a final product in Spring 2017.

For those not familiar with ARK, let me tell you that I sunk an ungodly number of hours into the game in a persistent online world with several friends. Between multiplayer tribal co-operation/competition, exploring, taming dinosaurs, building massive bases, resource gathering, and crafting, ARK: Survival Evolved is such a fantastic vehicle for emergent narrative that it successfully managed to double my total Skyrim play time (with all DLC), and I’m still going back for more.

In ARK: Survival Evolved, survivors wake up stranded, naked, freezing, and starving on a mysterious and massive island where they must hunt, harvest, craft items, grow crops, and build shelters to survive in every climate type. Survivors will tame, train, and ride more than 100 stunning dinosaurs and other prehistoric beasts, including gargantuan creatures the size of skyscrapers. In Jungle, Snow, Swamp, Redwood, and Desert areas, danger lurks everywhere. Tame a Pteranodon or a Quetzal to fly over snow-capped mountains, race through a thick jungle with your pack of trained Raptors, turn a herbivorous Brontosaurus into a living engine of destruction and demolish enemy bases, or go for classic terror by hunting prey on the back of a raging T-Rex. 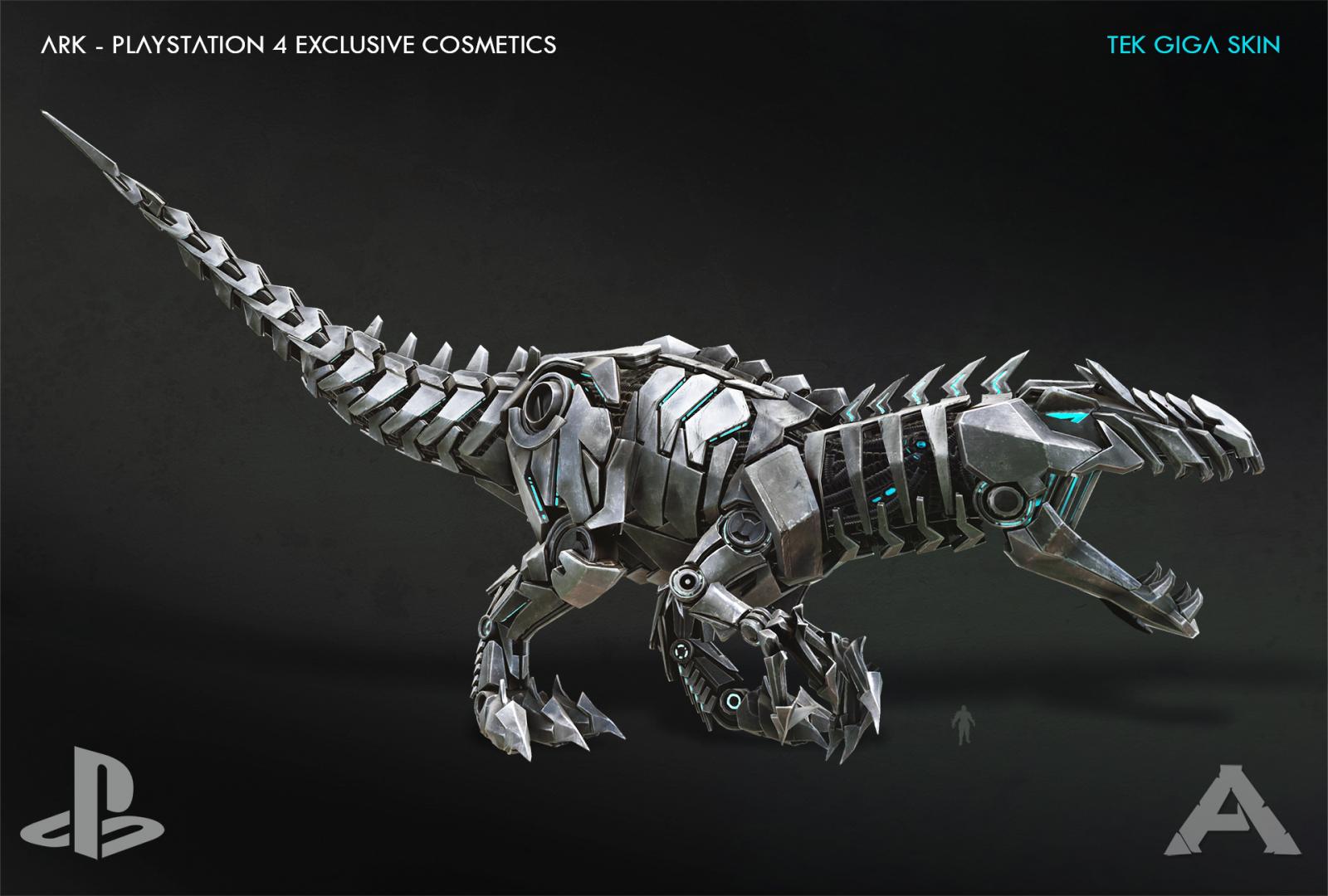 And to add to the wealth of features in the base game, in the Scorched Earth Expansion Pack, players will wake up in a new, fiery, drought-ridden desert world, where they must immediately seek water, hunt for food, harvest new flora, craft new items, and build shelter from the extreme heat.

Use skills honed on ARK‘s faraway Island to kill, tame, breed, and ride the fantastical new creatures that have evolved to survive the Desert’s ultra harsh conditions, including dragons.

Now more than ever, it is a great time to jump into ARK. There is never a lack of things to do, only a lack of cementing paste to do them.

ARK: Survivor’s Pack is coming to PlayStation 4 on December 6, 2016, including ARK: Survival Evolved, and the desert-themed expansion, ARK: Scorched Earth together for $54.99 USD.

Jack McBastard is a contributor for AYBOnline. His opinions are his own. For example, he really did spend double the amount of time on ARK that he did on Skyrim. To the tune of… seriously? 848.6 hours at the time of this writing?! He finds that number sobering now that he’s done the research.