An Interview With Elias Toufexis 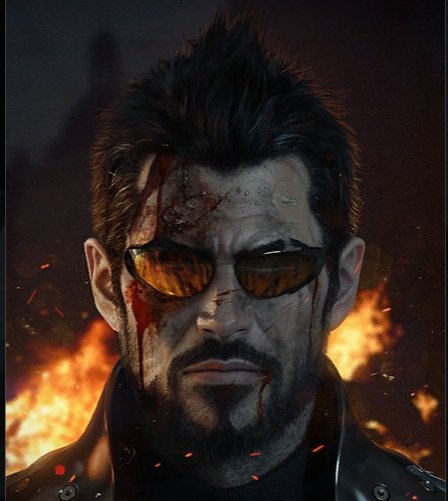 I’m pretty stoked everyone, I was given the opportunity earlier this week to talk to Elias Toufexis. Not only about his role as Adam Jensen but to hear about his various other roles on TV and movies. It was a surreal experience for me as for all these years I’ve only known him as “Jensen” and he is far more than that. It was an experience within itself to have this opportunity, but more so to learn more about one of my favourite voice actors.

So who is Elias Toufexis? Well if you don’t know already he is a Canadian born voice-actor, motion capture, TV and film actor whose career has gone beyond the big screen. You’ve definitely heard or seen him before, he’s held numerous roles from shows like Lost Girl, Stargate Atlantis, Smallville, and The Expanse, to commercial roles such as a Yellow Pages ad and even a Lexus commercial. One of the more intense and “wow” moments I had doing this piece was finding the short film “An Interview with a Time Traveler” it’s super intense, and to me showed how diverse an actor Elias can be.

The most notable role, and what we’re here to talk to about today, is Elias’s role as Adam Jensen. He not only brought this character to life with his voice but with motion capture.

In the game Deus Ex Human Revolution he had the unique experience of working side by side with his wife Michelle Boback who played the major role of Megan Reed.

Steve: So, What got you started in the video game industry? Is this where you met your wife?

Elias Toufexis: Basically auditioning. When you’re an actor, you’re like any contract worker. You pitch yourself for work (audition) and hope you get it so you can pay your bills. I auditioned for Need For Speed Carbon, booked the role and that lead to other roles. Games like Rainbow Six Vegas 2, and eventually Deus Ex. I met my wife on a film set a few years before I did any video games actually. Believe it or not, I do more film and tv work than I do video games.

What was it like not working with your wife on the latest Deus Ex? Did she still come by?

E: She’s in the game. She plays Megan in a scene where Adam hears her voice message, but she recorded that on a day I wasn’t there. I only heard the recording in a performance capture setting when we were shooting it. She also plays another character, a Czech woman at the train station. Plus we brought our kids to run around the performance capture stage.

Do you have a dream character or scenario to do voice acting for?

You’ve played a wide variety of roles over the last few years, from Adam Jensen to Takkar. Which would you say was your most challenging role? Which was the most rewarding? Which was your least favourite to act?

ET: I don’t really have a least favourite. I like work so I like working. My favourite characters have been Adam Jensen for sure and probably Kenzo on the tv show The Expanse. Both are challenging in their own ways. Jensen is challenging because I have to record or performance-capture many many different outcomes. That gets challenging for sure. Having to justify whatever choice the player makes. Tricky stuff. Also, Far Cry Primal in another language was a big challenge. Crazy fun though.

In Deus Ex: Mankind Divided, you take on a more serious Jensen, what did you do to prepare for a more emotional and serious storyline?

ET: I couldn’t say I did anything particularly different to prepare. Replayed the old games again, did my usual routine of going through the script, making notes, maybe rewriting a little if I can get away with it. I did enjoy the fact that I could make Jensen more of my own this time around. I know him now, so I enjoyed feeling more comfortable in his skin.

That’s the thing about Jensen this time around. He is alone because of what he’s been through, but he feels empathy and sympathy for what people are going through at this point in history. It’s not really his fault, but he was at the center of it all. That’s very much on his mind in this “episode” of his story.

You’re starting your own playthrough of Deus Ex: Mankind Divided, have there been any moments that have made you go “Wow”?

ET: I really love the cinematics. Those were the scenes we performance captured.  You can really see my facial reactions and the emotions I was trying to convey. The team did a great job. There’s a moment where I bite my lip while I’m thinking and they actually put that in the scene, I love stuff like that.

Are you going to play the game muted and make your own dialogue? (PS you should stream that, it would be amazing.)

ET: I do that all the time.

How did the “I never asked for this” internet meme affect you professionally?

ET: Professionally it didn’t effect me other than some people I work with asking me to say it. Personally, I can never say those words without thinking of the game so I guess they’re ruined forever.

If you want to stay up to date with Elias Toufexis and his projects you can follow him on his Facebook page or check out his personal website!

Steve Noel is the Deputy Editor for AYBOnline, he asked for this