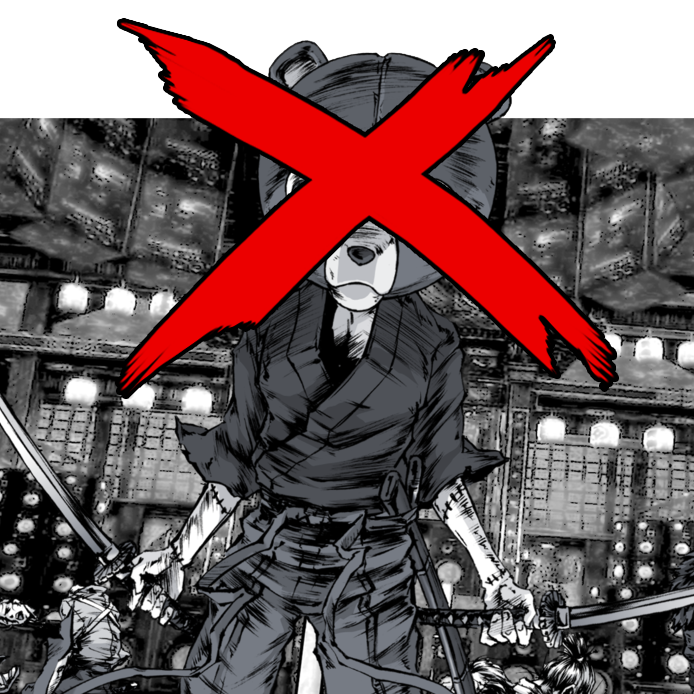 Has there ever been a game so bad that the developer willingly pulls it from sale across all platforms? Now there has!

Afro Samurai 2 for PS4, Xbox One, and PC have all been removed from their various store fronts to keep anyone else from accidentally buying this horrendously broken game. The only trace that remains is the Steam page and its twenty five negative reviews warning others to never, ever buy or play this game.

I do have to say that, for all its failings, publisher Versus Evil has done a good job handling their PR and have taken the big first step of admitting they screwed up and are now offering full refunds for anyone that purchased the game.

Afro Samurai 2 was planned as the first of 3 chapters in a series, but within the first few days of chapter one’s launch, it was apparent that there were huge problems with the game. Fans and reviewers alike tore into every aspect of it, from the controls and combat to the audio and linear gameplay. It would appear that almost every aspect of the game was flawed, which left everyone wondering what went wrong. Versus Evil studio head Steve Escalante was quoted as saying “the game was a failure,” and “across the board we’re putting out an apology saying ‘sorry about this.'” Suffice to say, with the huge mess that was chapter 1 it’s highly unlikely we will see a second or third chapter, or even another Afro Samurai game at all.

Unfortunately, this goes far beyond one half baked samurai game. There is almost zero accountability with regards to broken, buggy, and overpriced games in our current market. It’s a sad state that the gaming world is in when something like this can be released and sold to gamers. Luckily, Versus Evil acknowledged their screw up and are making good. But it does sadden me to think that a much larger AAA developer with more influence and money, like EA or Ubisoft, would probably just sweep something like this under the rug, shrug their shoulders, and carry on with business as usual.

The only way to fix this problem is for the gaming population to vote with their money and stop buying broken, unfinished games and let the game devs know that you’re not an idiot. Remember that you’re a gamer, and you have a voice.