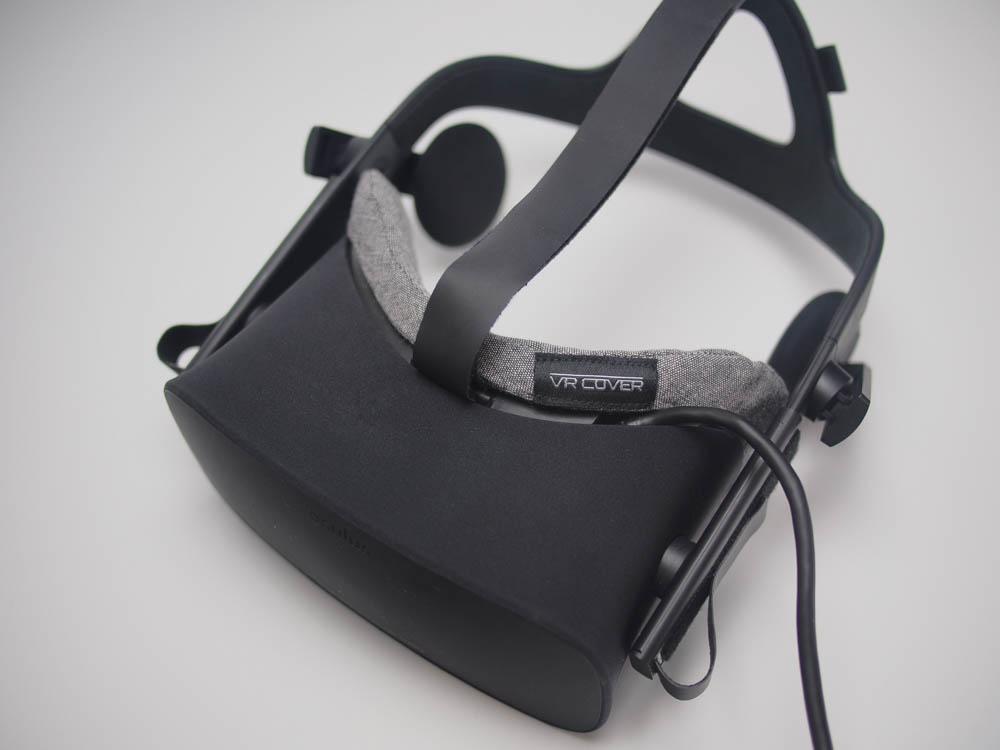 If you are planning to buy (or already have) a VR HMD, do yourself a favor and order a VR Cover for it. Trust me. You’ll thank me later.

At the end of March, we officially entered the era of consumer-grade VR when Oculus finally started shipping its long-awaited VR HMD, the Rift. A week later, Valve and HTC followed that up with their entry to the consumer VR market, the Vive.

Thanks to my day job, I’ve had access to both of these kits since before their release. Over the last few months, I’ve learned a few things about these devices, but the most notable tip that I can give you that hasn’t been covered in one of my reviews (Rift review found here, Vive review found here) is that you absolutely need a cover for the foam face cushions—especially for the Vive. 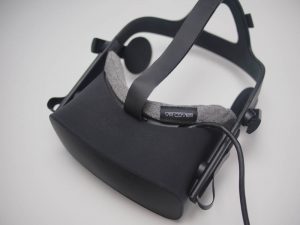 Oculus and HTC’s headsets both offer the ability to remove the foam gaskets, but there’s no easy way to clean the foam. If you’re going to be sharing the headset, this is especially an issue, but it’s still a problem if you’re the only person that will use it. Putting a sweat-soaked headset on your face after a short break is unpleasant, to say the least.

With the Rift, it’s not so much problem right now. Most of the game on the Rift platform are seated experiences. You aren’t going to be breaking a sweat from physical activity like you can with the Vive, but you’re still probably going to get sweaty if you keep the headset on for long periods of time. Sudden sweating is also a symptom of motion sickness, which is definitely a real possibility in seated VR experiences. And let’s not forget, Oculus Touch is coming out later this year, and many of the games that will take advantage of it will be quite active.

The Vive will definitely make you sweat, though. The Vive gets you up off your butt and moving around physically. Many of the games will get your heart rate up, such as Space Pirate Trainer, Holopoint, and Audioshield. If you play either of these games to their full potential, you’ll be sweating in no time.

Getting physical activity while you play video games can only be considered a good thing in the long run, but it will definitely play a role in the longevity of your equipment. If you value your gear and don’t want to be buying replacement face cushions all the time (you actually can’t buy replacements for either kit yet), I highly recommend picking up a VR Cover for your HMD.

A VR Cover is a protective fabric cover designed to protect the foam from your HMD. The company started off by selling covers for the Oculus Rift DK2 and for the Samsung GearVR Innovator Edition HMDs over a year ago. Now that the retail kits are available, you can pick up VR Covers for the Rift and the Vive, too.

If you have a Rift, VR Cover offers a 100% cotton cover that slips over the Rift foam. I haven’t had the chance to try the Rift cover for myself yet because it wasn’t available when I placed my order, but I’ve had plenty of time with the cover for the Vive.

VR Cover actually offers two different versions for the Vive. You can get the standard 100% cotton covers, which are machine washable. These covers offer a great solution for perspiration management if your headset is primarily for yourself and maybe some friends, but if you plan to share your Vive to large groups of people like we do at BaseLAN, then you’ll want the leather covers instead. The leather covers offer a waterproof solution that can be easily wiped off. The leather covers aren’t nearly as comfortable as the cotton version and they actually make the headset feel warmer, but it beats putting sweaty foam cushions on people’s faces.

VR Covers aren’t perfect, to be sure. The mounting process leaves a lot to be desired. The covers are handmade and don’t fit exactly. They are a little bit bulky in the corners and don’t hold on very tight. They could also use an elastic around the outside to keep them in place better.

The covers may not be the most form fitting design, but they aren’t at risk of falling off. The covers have Velcro tabs that attach to Velcro that holds the foam onto the Vive. They hold on securely, but I’d like to see a more accurate shape.

That said, I’m not aware of any other option on the market right now and I’m very grateful that this one is. My Vive’s foam would have been garbage months ago, and the BaseLAN Vive would have been down one of its two foam cushions, if not both, after our first event with it.

VR Covers are available at vrcover.com. The cotton version will set you back $19 USD and the leather version goes for $29. Each package includes two VR covers and a cotton pouch to keep them in. Picking up a set is a sound investment after dropping hundreds of dollars on a VR HMD.