A Revelation: Tyler Learns About Himself 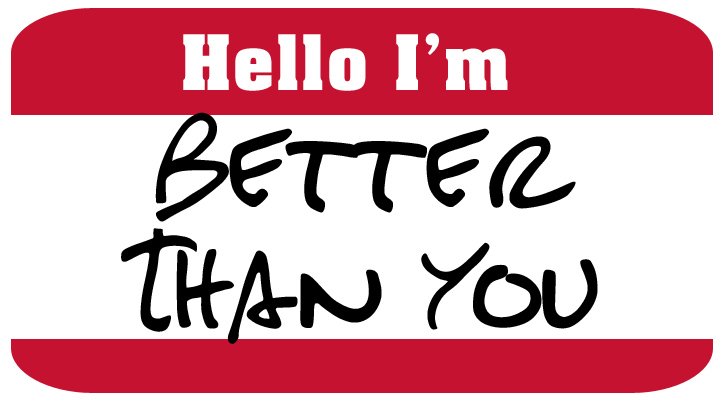 The other day our editor gave us a piece of advice: be wary about writing opinion articles, few people truly possess the knowledge and skill to successfully write their opinion and have it be worth reading. I always viewed my articles as opinions, but after reading them back to myself, I think that they are less opinions and more my thoughts. They are simply the way I see things.

This weekend a strange thing happened to me, though; I stumbled into a party that I would have never knowingly placed myself at, and there, among people who I would never have called my peers, I had a revelation. Don’t get your hopes up; I’m still not a better person at the end of the day. 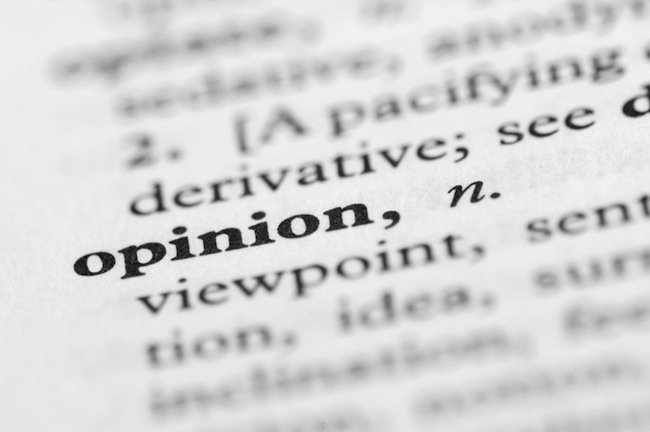 Before the revelation, though, we must set a couple of things straight. Some things are a matter of opinion. Kirk vs. Picard, McCartney vs. Lennon, these are matters of opinion. Arguments where a valid point can be raised for either side. Two defensible positions trying to convince the other of the validity of their opinion.

The part of that statement that most people miss, however, is “defensible positions.” Ke$ha vs. Elton John, for example, is not a matter of opinion. “But Tyler, I like Ke$ha more, therefore it’s a matter of opinion.” Not true, valued reader. You might like a Big Mac over a four-course meal at French Laundry, that doesn’t mean your position is valid. You aren’t knowledgeable enough to make a true opinion. When you can discern cardamom from cloves in gravy, then you can talk. Until then, remember that not all opinions are created equal.

Great, now that that disclaimer is out of the way we can get back to my story. A friend came over and said that there was a party going on down the street from my house for an acquaintance’s birthday. Now I know I’m a closed-minded jerk, but when put into a social situation I can adapt. I’m charming and funny and have no problem putting myself out there, so parties full of strangers are usually no problem to me.

This was not one of those parties. Upon entering, a group of people were sitting on the couch watching some strange YouTube videos, drinks in hand. Perfect. But, as I cracked a beer and tried to be personable, I had a stranger conversation than I’ve had in a while.

Me: What are we watching?

Boy 2: It’s clips from animes dubbed over with funny things.

It was terribly unfunny, and nobody was laughing.

I had done nothing to this girl at all and yet was being told to leave? Strange. I was confused. However, growing increasingly annoyed with the video, this was as good of a time as any to check out the rest of the party.

Outside I went, to the deck where the birthday boy was sitting on the floor trying to hold himself together. Well at least these people got that part right. As I regained my bearings, I started to take in my surroundings. Nearly everyone had on some sort of video game or anime shirt. Now that’s fine, I don’t mind a good minimalist Dota shirt or a Triforce, but it was the concentration that was a little strange.

After wishing the birthday boy happy birthday and grabbing a good leanin’ spot, I started chatting up the nearest two people; a guy wearing a Skyrim shirt and wearing a fairly nice looking horn which he was drinking out of, and a girl wearing a knitted Skyrim hat. John and Amy were their names and both were nice, cool people. We talked about the damage someone could cause with his horn and the low AC rating of her hat.

At some point in our conversation a new girl with an Ai-Kon shirt comes up and asks my friend and myself, “Who do you even know here?” Confused, we informed her that we played Magic: the Gathering with the birthday boy. To which she responded, “Well, if it’s just him, now that you said hi you should probably just leave.”

I was caught very off guard. Fortunately, my companion was quicker than I with “Sorry love, when someone who matters asks us to leave, we will talk.”

I couldn’t believe myself. Had that conversation truly just happened? What was it with these two girls and being so rude? What was the link here?

It hit me like a bus: they’re elitist. They think that because I’m not the same kind of nerd as them, I’m not as cool as they are.

We left not too long afterwards, but I had a lot to think about. I do similar things. I can alienate people because they are the wrong kind of person, but was I the same as these terribly rude people?

After some serious contemplation, I can honestly say I don’t think so. I am never initially rude to people like that, I always give someone a chance to prove they suck before I treat them like they do. If a hot topic comes up, I have no problem imparting my thoughts and informing others why their opinions are totally worthless and incorrect, but I’m not aggressive about stirring up controversy. In public situations I’m not acrimonious or antagonistic, even though I can be that way when I’m with my friends.

At the end of the day, I didn’t really learn something that was going to shake me to the core. In fact, I just reaffirmed something I already knew: the elitists I hang out with are better people than other elitists. For a second, I had questioned whether or not all my condescension and arrogance were unwarranted, but the experience has only solidified my belief that I’m just a better person than all of you.

Tyler Morse is a Contributing Elitist to aybonline.com.