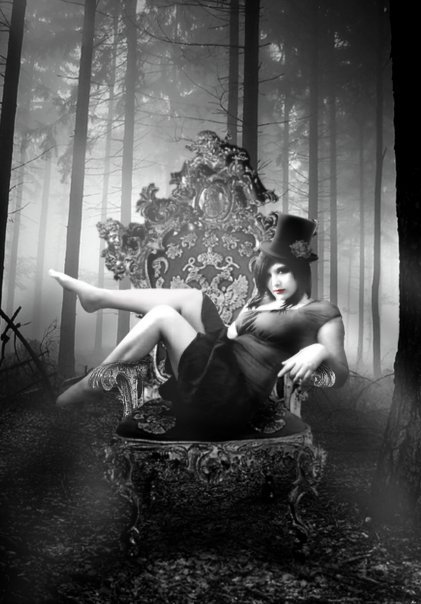 It’s been seven months since my first Q&A and felt that it was time for a second one. So I put out a pitch for some more questions and here they are! 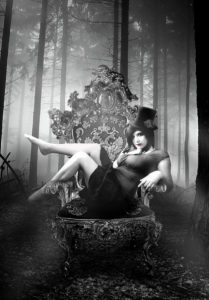 Favourite cosplay moment (memory) while in costume and favourite venue.

These are both probably tied into the same thing: my first time attending MAGFest. Seriously, I cannot recommend enough going at some point in your life. In all my years of cosplaying prior, it was the first time I wore one and really felt like I was right where I needed to be, fully absorbed in my passion. And the venue is unreal. It allows for so many opportunities for great shots in a variety of environments.

Most expensive costume ‘accessory’, either purchased or handcrafted.

I generally try to be frugal when it comes to my cosplays. But sometimes, something comes along and it’s absolutely perfect, regardless of the value. I’d have to say my Catwoman wig for this one since the US to Canadian exchange rate is atrocious and because it also shipped from the UK.

If you could go back in time as a cosplay, what would you cosplay as to prove you’re from the future and what era would you go to?

I actually brought this up with someone recently just generally talking about going back in time. Real answer, I would go back to 2007. Why 2007? Because it would allow the possibility of being one of the pioneers of the cosplay industry and making connections that would currently be impossible. I would also be able to make contact with some of the internet personalities I follow before they became inaccessible. And I’d probably do all that dressed in my Tanooki suit.

If you got cursed for 1,000 years by an evil sorcerer to be stuck in a cosplay but you gain that character’s abilities, what cosplay would it be and why?

Let’s assume it’s restricted to a cosplay I’ve done. I’d go with my Ezio-inspired Assassin’s Creed cosplay because I get to still look “relatively normal”, but be super stealthy, climb buildings, and be generally fearless.

Honestly, I’m an amateur at all of this. I’ve yet to make any armour with leather, but as far as sewing is concerned, always have sharp needles and strong thread. It’s really trial and error and a lot of researching ahead of time before I actually invest time and money into something. I’ve made some crappy errors in the past and some of them, I’ve never gone back to fix. But I’ve still learned where I went wrong or what I could do differently, and so you take that knowledge into your next project.

Go check out if others have done the same project you’re planning and see what they succeeded in or where their flaws were. It’s OK to watch 50 YouTube videos or ask for suggestions on a forum. You also don’t need to build every single component of a cosplay to be considered a cosplayer. If you just need a white t-shirt for a cosplay, why buy the fabric and make one?

If you could collab with anyone in the industry, who would it be?

The most obvious choice would be one of my cosplay role models, Yaya Han or Jessica Nigri. But even outside of cosplayers, I would love to be able to team up with cosplay photographer Martin Wong or even with some of the businesses — online or local — that I prefer to purchase my supplies from.

If you were to build a house out of cosplay material, what would you use?

Metal? People make armour out of full metal. That counts as a cosplay material, right?

If you had unlimited resources and time, what would you cosplay as?

I would start a lot sooner on a big, secret project I’ve had in the works for a while, but just do it bigger and with better materials. Then I’d travel to conventions all over the world.

Suggestions when cosplaying for the first time?

To reiterate what I said earlier, don’t feel you have to make everything to be a cosplayer. That being said, don’t take the easy way out unless you really feel your skill set or resources are not within the scope of the result you’re trying to achieve. Cosplay allows for an awesome opportunity to learn a new skill, and skill might be just getting really good at cutting out a pattern from cardboard with a box cutter or learning how to use spray paint for the first time. Also, try not to wait to build things at the last minute. The “cosplay crunch” is very real and it consumes many cosplayers, both newbie and veteran. Even the most experienced cosplayer can sometimes be seen putting finishing touches on a cosplay in their hotel room at the convention. Try to get out of that habit early and give yourself lots of time.

What is the one convention you want to go the most?

I try to keep my convention dreams within realistic goals. I’d have to say it’s a tie for me right now to someday attend either Colossalcon or KawaiiCon. Both are so summery and have great opportunities for some amazing cosplay photography.

Thank you everyone for your questions. It was awesome going through and answering these. Maybe I’ll make this a bi-annual thing !