A PlayStation Trifecta Of News! 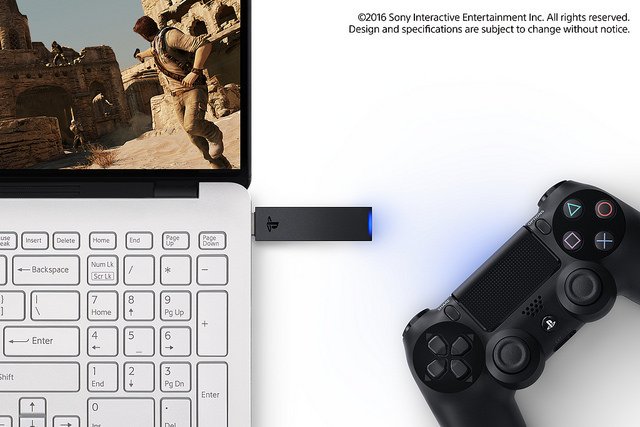 Yea, you read that right, 3 major pieces of news are coming through the Sony pipelines, and I’m here to tell you all about it!

So to get things started off, Sony has announced throughout their blog that they will be launching a wireless adapter for their ultra-comfortable Dualshock 4 controller. The adapter is designed to allow gamers full control of the controller, from the titular Triangle, Circle, Cross, and Square, the dual analogue sticks, and even the touch pad and light bar.

The price on this wonderful contraption? $24.99 USD, which will convert to roughly $39.99 CAD, which is kinda steep for a wireless receiver. Still, it’s an option if you’re looking for playing wirelessly on your PC or Mac with a PlayStation controller (or you can just plug the controller into the PC with one of the vast amounts of micro USB cables that you have laying about). The Dualshock 4 USB Wireless Adapter is scheduled for release in early September.

Now, with the news of a new wireless adapter out of the way, its onto more interesting news: PlayStation Now is hitting Windows PC*. Yes. Microsoft is getting Sony PlayStation games. Now, from what can be gleaned from the PS Blog post today, it’s so far limited to the 400 or so PS3 titles on the service, such as Naughty Dog’s The Last of Us and Sony Santa Monica’s God of War 3. 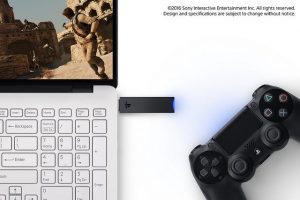 And finally, some even more interesting news! There is a PlayStation Humble Bundle. And yes, you read that right. The games are all from Capcom, but you get a lot of fantastic games for as little as $1.

The initial donation amount of the aforementioned $1 covers Wolf of the Battlefield: Commando 3 (PS3), Strider (PS3, PS4), Super Puzzle Fighter II Turbo HD Remix (PS3), and Final Fight Double Impact (PS3). There is also a 45% discount coupon for Street Fighter V, which is a nice way to give people a reason to get into one of the biggest fighting series for a great price.

Hopefully this Bundle’s success can spurn Sony on to working with the fine folks at Humble Bundle more, and offer a lot more titles for a good cause.

*Mac support is still being evaluated at this time, which means that it’s currently not supported.