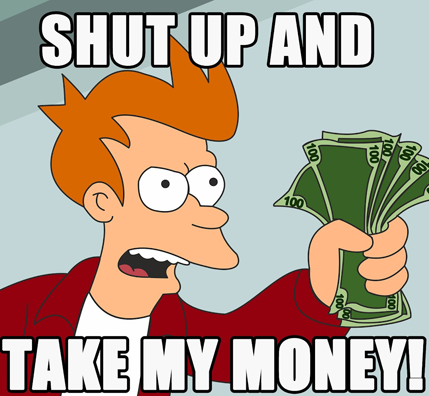 Turns out, there’s about fifteen or so.

Here at AYB Content Headquarters, we exist to provide value to you, our Faithful Readers (and watchers — yes, Jake, I know, streaming is important, I just wanted to use Stephen King’s “Faithful Readers” thing one time, okay?). And on this fine Boxing Day, what better way to do that than tell you about some sweet, sweet deals on the newly-re-unscrewed Steam store?

Courtesy of a scan through the inimitable SteamDB, here is a list of games that are currently rated 90% or higher and have discounts of 90% or more.

A quick note — for concision and clarity’s sake, I have eliminated from this list games that are just one part of a complete game (such as King’s Quest: Chapter 1), and grouped together series into a single entry (such as the Serious Sam entry below).

Describing itself as a “galactic ballet brawler”, PARTICLE MACE looks like Geometry Wars, except you’re dragging a cluster of particles behind your ship like a mace head on a chain. Featuring local co-op and a solid chiptune soundtrack, it looks like the beat-’em-up you never knew you wanted to exist. Sign me up!

Another retro-style game with simple graphics, precision gameplay, and an all-caps name, EDGE takes you on a journey as a cube who must, um… look, it’s pretty, okay? And there’s like a hundred levels! And the music is spirited 8-bit techno, which, just suck it to my veins.

A product of the “Amnesia Fortnights” over at Double Fine some years ago, Costume Quest is an adorable little role-playing game where kids fight off a mean witch by turning into the characters their costumes portray and engaging in turn-based combat. Great aesthetic, great execution, and my corruptions of W.B. Yeats aside, Tim Schafer turns out genius games when he puts his mind to it, of which Costume Quest is a fine example.

Back to the all-caps titles, eh? Well, I’m sure you don’t need me to introduce this one. The POSTAL series has been a poster boy for concerned parents asking How Awful Could Video Games Possibly Be for some years now. If you’re not bothered by it, and you haven’t played POSTAL 2 yet, now’s your chance.

Another game series that needs no introduction, though for entirely different reasons. All of the Serious Sam titles are 90% off on the service — I’ve linked the HD version of the first game above, but you can get some pretty sweet package deals, depending on how Seriously you wish to Sam this holiday season. (Hint: very seriously.)

JFC, Tim Schafer. Quit showing up in this list. I only bastardized the one poem! Anyway, if you want to find out what all the fuss is about — and you probably should, Psychonauts is one of the best platformers in the history of the genre — a buck or so is an excellent price point at which to do it.

While we’re talking about the best platformers in the history of the genre, why don’t we talk about the best? Yeah, I said it. In my humble opinion, this thumb-destroying, callus-creating, glorious gorgon of gameplay has the tightest mechanics and movement ever released in any platformer. And it is the only one I have played that — currently — has beaten me. (God damn you, Level 6-5 Omega. I will conquer you.)

I’ve been playing video games for twenty years, and in that time, there have been only two that used the medium to tell a story only video games could tell. They are Spec Ops: The Line, and Brothers: A Tale of Two Sons, and they are peerless. Brothers is a co-op platforming puzzler for one player, and I cannot recommend it enough. Buy it.

Really, if I’m going to link this game at all, I should be linking the four-pack for $4.99 CDN. The Payday series is known for solid co-op FPS gameplay and enough DLC to fill the tropical island of Jakarta from beach to beach to beach, and is best played with four players. I’ve got my qualms about their DLC strategies, but at least for the original Payday, it’s all out now, so it’s a lot easier to choose which of it you do and do not want. Caveat emptor.

SHUT UP TIM SCHAFER SHUT UP

Mexicantroidvania! Guacamelee! is one of the best entries in the Metroidvania genre in recent years, and the Super Turbo Championship Edition adds a bunch of new levels and content. Have at ‘er!

A visual novel, Amnesia: Memories features five romantic paths, 20 different endings, excellent art, and air hockey. No, I’m not kidding, there’s air hockey. Additionally, you can unlock “voiced images” in an art gallery, and apparently, “touching certain areas of the image will play dialogue of feelings that couldn’t previously be expressed”, but I don’t care, because air hockey~

Shadow Warrior is basically what you would get if someone turned the phrase “HELL F***ING YES” into a video game. You play as Lo Wang, a sharp-tongued swordsman/gunsman who must battle back the armies of the damned and get some type of revenge or something. I don’t know, you can use a gun and a katana at the same time, it’s awesome, just buy it and play it, it’s awesome.

Jesse Mackenzie is the Managing Editor of aybonline.com. He can be reached at jessem@aybonline.com, and his opinions are his own.