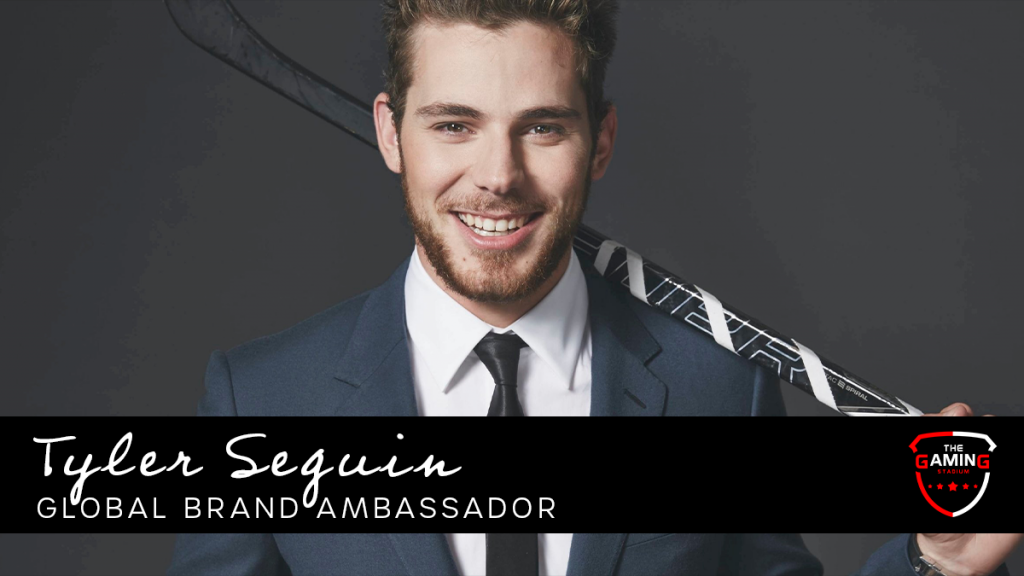 “To have Tyler on our team is amazing,” said Spiro Khouri, CEO of The Gaming Stadium. “When we first met Tyler and got to work together on an event, we knew right away there was a big opportunity for future plans. Partnering with Tyler is great for our company’s growth, and we are pumped to take this journey with him.”

The deal marks the second time in recent weeks that The Gaming Stadium has announced relationships with major hockey stars. Last week, NHLPA-certified agent John Walters joined the company’s strategic advisory board. The addition of these high-profile athletes and professionals will help support The Gaming Stadium as it continues its global expansion.

Seguin began his NHL career with the Boston Bruins in 2010. There, he became the first teenager to score four points in a Stanley Cup playoff game in 20 years. In 2013, Seguin was the centerpiece of a trade with the Dallas Stars, beginning the second phase of his NHL career in North Texas. During his first six seasons in Dallas, Seguin led the Stars to the playoffs twice, became an All-Star four times, won the Inaugural Mike Modano leading scorer award, led Team Canada to a gold medal at the IIHF World Hockey Championship in 2015, and continues to grow as a leader in the locker room as an Alternate Captain.

“After dealing with the team at The Gaming Stadium for the Online Hockey Challenge, I was excited to explore an opportunity to work with them further,” Seguin said. “As a gamer myself, the fit was great from the start. I am a big fan of what they are building and am excited to be a part of the growth.”