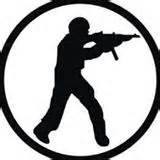 The first Major of the year has concluded and provided us with 3 days of amazing Counter-Strike. Fnatic have been crowned as the first double Major Champion. This was some of the best and most riveting gameplay that I have watched in a very long time. From group play all the way through to finals, the tournament provided us with some amazing play.

The event stream for CS:GO broke 900,000 viewers, continuing to break records and draw in new followers every event. I really enjoyed the stream for Katowice; ESL used Sean Gares and Kory Friesen of Cloud9 (cloud9.gg/csgo/) to assist with the casts during the semis and finals. This brought a new level of knowledge and description to the stream to counter balance the hype-men. Having someone like Anders provides a level of enthusiasm that goes above and beyond, but adding more insightful commentary on the current metagame of CS:GO allows viewers to better understand the mentality of the players.

In a forthcoming article, we will breakdown player performances from the top 4 teams in the tournament. We will also name our top 5 from the tournament at that time. There were some players we should mention right now, we will include a further breakdown of them in our next article.


1. Olofmeister: Absolute and complete beast mode. He played lights out the entire tournament. His overall weapon stats from the tournament showing kill counts between rifle, AWP and the Tec9 indicating how well rounded a player he really is.

2. Allu: Welcome to the world stage Allu. Top fragging in the last 2 maps in his first major grand final? Talk about announcing your presence. There may have been some nerves on the first map, but he still outfragged both xizt and friberg and showed some really consistent temperament the entire way through.

1. Friberg: His play overall in the grand final was fairly disappointing. He had a few moments of brilliance, but his play seemed uninspired. He missed shots that I have seen him hit hundreds of times. Little mistakes, like getting picked middle on Dust2 after turning his back to double doors that hadn’t been cleared and with no smoke coverage.

2. taz: He, like friberg, also had some moments of brilliance. However, his overall play didn’t really stand out. His leadership in game was definitely what we have come to expect or beyond, but he did not play to the level he is capable of.

The tec9 is having a major impact on play on the same level that the CZ did at its launch. It wouldn’t surprise me if we see changes to the tec9 in the coming months. The damage and rate of fire on the weapon make it nearly like having an SMG on your side.

I am really looking forward to more play like we saw this tournament. If the first major event of the year can be any indication, 2015 is going to be an amazing year for Counter-Strike: Global Offensive. All 4 teams that made semi-finals had previously won a Major, so we knew the last 2 days of competition were going to be amazing. It was one that won’t easily be forgotten.

Curse Gaming has released a Top10 video for the tournament, while we think there are some plays they missed, not everyone will agree on lists of this kind. Here is the video:

Leave a comment here and let us know if there are any plays you think they missed, or if anything stood out to you over the weekend.

P.S. I didn’t get a single bonus drop over the weekend. If anyone has one they are willing to shoot my way, I’d be forever grateful! Just Kidding!