October 19 2018 – OctoBox Interactive today announced that, for the next six months, its tactical PC mech shooter, Blazing Core – Knights of the Future, has entered the Early Access phase of its development. Players from around the globe can finally unleash team-based mech mayhem for £13.99 / €17.99 / $17.99.

Following a successful month-long period in open beta, Early Access will allow more players than ever be to go toe-to-toe with rival teams in fierce 3×3 and 6×6 battles across a dazzling array of outlandish, futuristic maps.

Although OctoBox keenly admits to taking inspiration from titles such as World of Tanks and Rainbow Six: Siege, Blazing Core – Knights of the Future is different beast in many ways. Instead of implementing headshots and spawn kills, the game’s core mechanics encourage tactical decision making before unleashing hell with the game’s eclectic range of weapons.

Blazing Core – Knights of the Future is a game replete with constantly evolving roster of features and game mechanics – many of which are the result of suggestions made by the community. As such, Early Access will include the following updates, refinements and new features:

Blazing Core – Knights of the Future a team-centric tactical shooter in which players become Knights of the Future, and armour-up in real mechs inspired by ancient legends. Each mech embodies the spirit and nature of a hero, while an advanced customization system allows players to fine-tune their machine’s specifications and unique abilities.

Well-coordinated and considered teamwork is crucial when it comes to besting your opponents – the majority of mech abilities fit together like a dream, which allows teams truly realize their battle potential and tactical capabilities.

About OctoBox Interactive
Founded in Russia, in Saint Petersburg in 2016, an independent game design studio OctoBox Interactive consists of a talented group of professionals gathered from all around the country.  We aspire to create unique IT projects of high quality. In-depth analysis of IT-market trends, innovative projects creation, our development and promotion are key parts of OctoBox strategy. More information can be found here: https://octoboxint.com/ 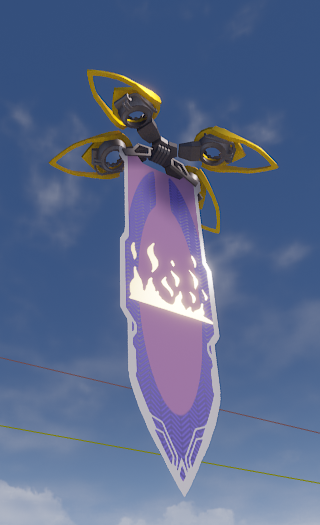