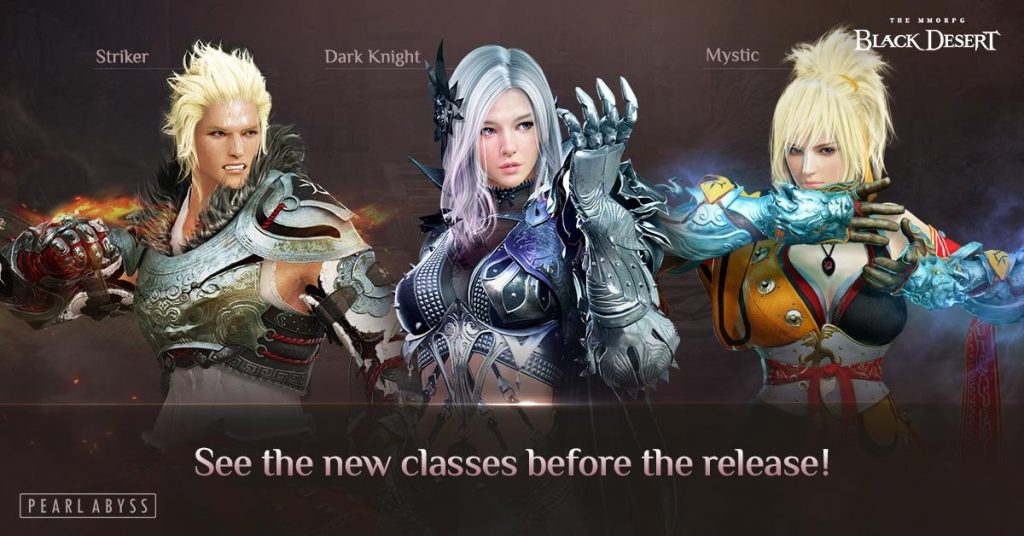 May 10, 2018 – Pearl Abyss had Adventurers on the edge of their seats when they announced last week that Dark Knight, Mystic, and Striker were being released all at once on May 17th. With one week remaining until the three classes become playable in the game, Pearl Abyss announced today that Adventurers will be able to customize their characters in advance with Black Desert Online’s famed character customization tool. To double the excitement, all users who pre-customize their characters will receive many useful items including the 7-day Value Pack. These rewards will be usable in-game once the classes are released next week so make sure to take advantage of the pre-customization event.

This week’s update will also include Whale Hunting. Before heading off to look for the next big catch, Adventurers must prepare a fishing boat, hunting musket, and a butchering knife. When the hunt is successful, users can level up their hunting skill, and the whales drop various materials required to craft some of the best items in the game. Don’t miss out on the fun and feel the thrill of taking down gigantic whales! For more information about the update and other ongoing events, check out the website.

Black Desert Online is an open world action MMORPG with cutting edge visuals and skill-based combat that redefines the way we see the genre. Black Desert Online has the most fully developed character customization system of any game that is currently on the market. This feature allows users to break out of the norm and make unique characters that truly represent each and every player. Its intuitive controls, beautifully designed world and extensive lore will excite both newcomers and veterans of MMO games and action RPGs in general. The game has been successfully launched in over 150 countries, is available in 12 languages and has over 9 million registered users. The mobile and console version are scheduled to launch globally in 2018.

For more information about Black Desert Online, go to https://www.sea.playblackdesert.com/