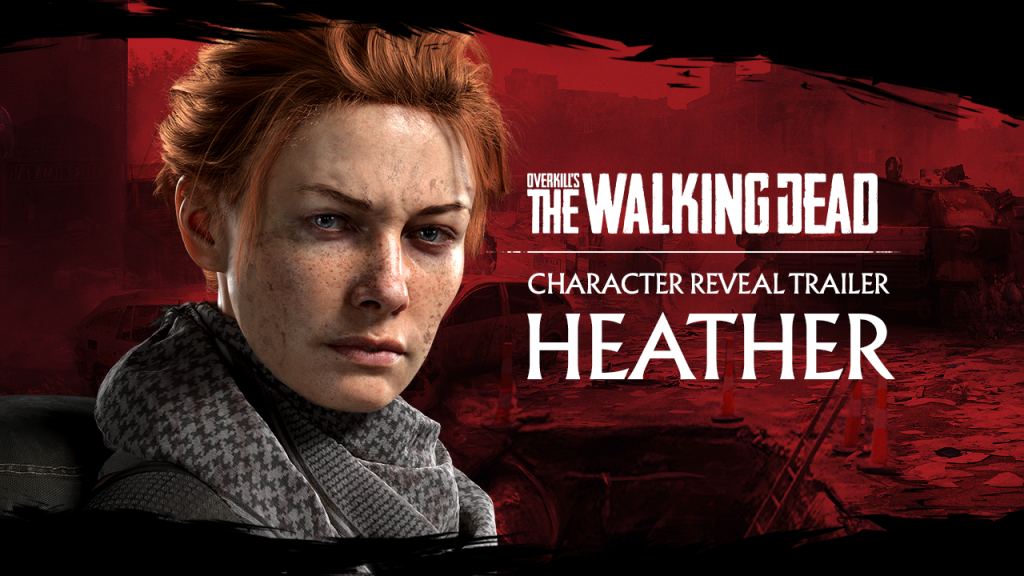 Starbreeze, Skybound Entertainment and 505 Games have released the final cinematic character trailer for OVERKILL’s The Walking Dead from developer OVERKILL – A Starbreeze Studio. This newest video, perhaps the most brutal yet, reveals Heather, a hardened scout who rounds out your squad as the fourth playable hero. A kindergarten teacher in her old life, Heather has had to learn the hard way that the difference between right and wrong isn’t so clear in a world where humanity struggles to survive against the undead.

Starbreeze has also announced that OVERKILL’s The Walking Dead will be playable for attendees at E3, June 12-14, at Booth 5200 in the West Hall of the Los Angeles Convention Center.

Inspired by Robert Kirkman’s original graphic novels, OVERKILL’s The Walking Dead is a four-player co-op multiplayer FPS in which players must band together on a variety of missions and raids to find survivors, secure supplies and stay alive. Use stealth to evade enemies tactically, or dismember walkers limb from limb with brute force and firepower. Each playable character has their own special abilities, skill trees, squad roles, play styles and background stories, including the heavy-hitting Aidan, surgeon-turned-survivor Maya, and Grant, the grizzled frontiersman searching for his family.