May 31, 2018 – The award-winning Cultist Simulator, the new game from Fallen London and Sunless Sea creator Alexis Kennedy, releases today for PC, Mac and Linux – with a special bonus for week-one buyers.

Cultist Simulator is developed by Kennedy’s new studio Weather Factory and published by Humble Bundle, and is available for £14.99 / $19.99 / €19.99 at Steam, GOG, Humble, and itch.io. Players who buy the game in its first week not only benefit from a 10% discount, but also automatically receive Cultist Simulator’sPerpetual Edition, which entitles them to all future DLC for the game, for no further cost.

Cultist Simulator is a truly unique narrative card game, rooted in occult arts, hidden gods and secret histories. Its 1920s-themed, Lovecraftian setting is evocatively conveyed through the kind of rich language that fans of Kennedy’s previous games will be familiar with. The game’s objective is clear: found a cult, recruit followers, and forge your own history – but how each player reaches their goal will differ wildly, due to the game’s roguelike structure.

The player progresses their story by sliding an ever-expanding collection of cards – often representing shady actions and mysterious items – into action slots linked to dreams, studying, conversation and more. Believers will be manipulated, and authorities evaded, before death inevitably strikes the player down – but it’s what the next life takes from the last, its research and resources, that will determine the course of each playthrough, with multiple (‘good’ and very bad) endings available.

The debut game from Kennedy’s new studio Weather Factory, which he founded alongside fellow former Failbetter Games developer Lottie Bevan in 2017, Cultist Simulator was originally funded on Kickstarter, achieving its target of £30,007 in 12 hours and raising a total of over £82,000 by the end of its campaign. More recently, it won in the Best Game Design category at the 2018 Emotional Game Awards, and is shortlisted for Boston FIG’s Innovation in Art and Narrative.

About Weather Factory
Formed in 2017, Weather Factory is an independent studio led by former Failbetter Games developers Alexis Kennedy and Lottie Bevan. The London-based duo’s first game under their new banner is Cultist Simulator, released May 31 2018 and published by Humble Bundle, an occult-flavoured narrative card game that builds upon the rich experiences of its makers’ past productions, amongst them Fallen London and Sunless Sea. Find the official Weather Factory website at weatherfactory.biz. 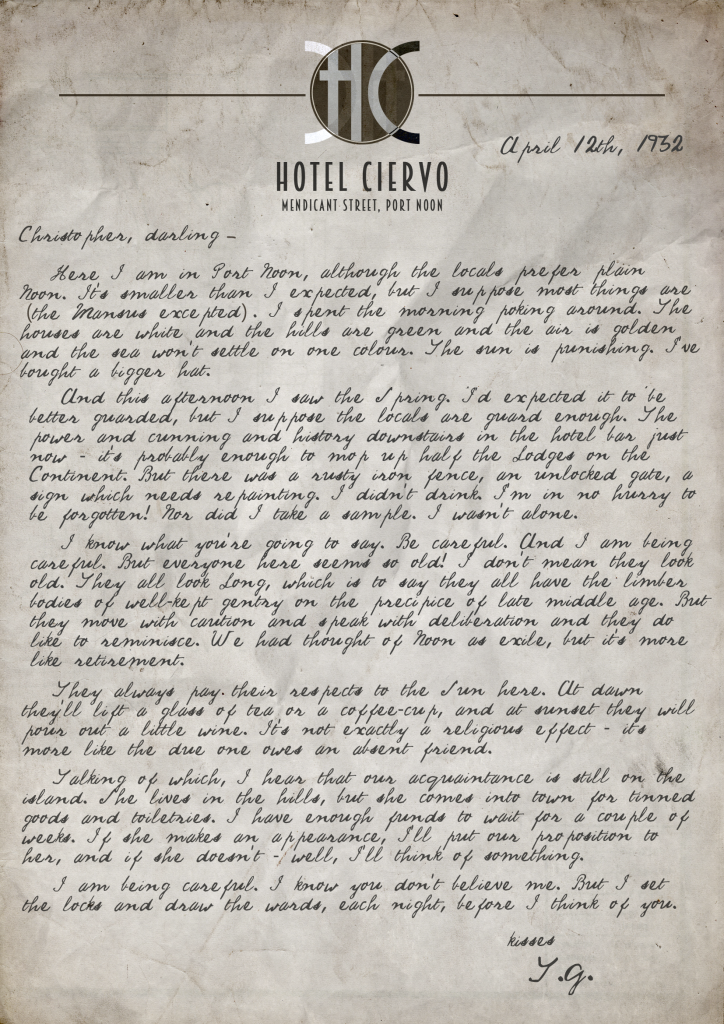