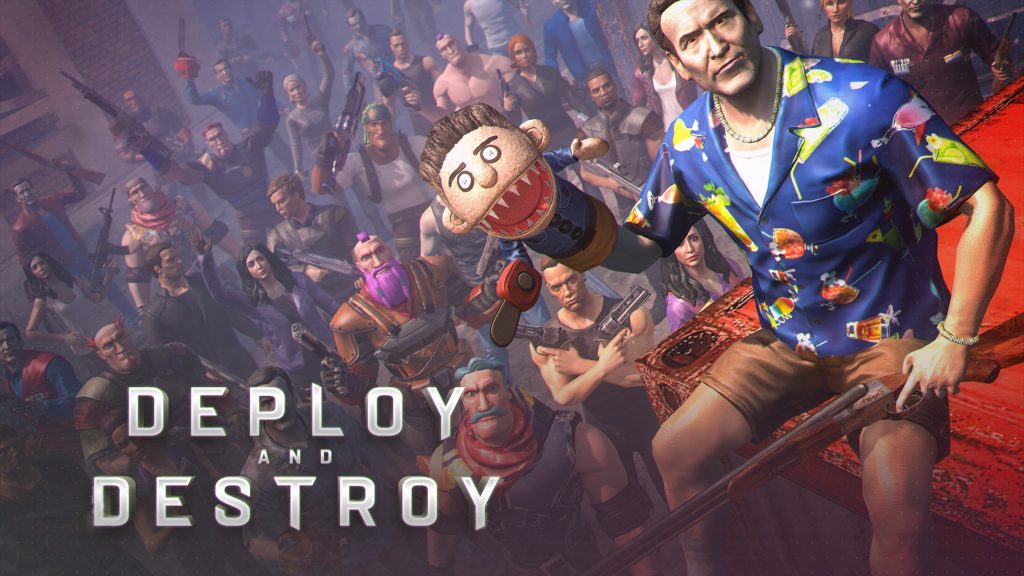 New unique action game features characters, weapons and arenas from the worlds of Ash vs Evil Dead and The Divergent Series, with more properties arriving post‐release

The multiverse premise of Deploy and Destroy lets players craft characters from some of the world’s biggest action franchises, beginning with Lionsgate’s robust library of IP. The game showcases designs from fan‐favorite Lionsgate properties like Ash vs Evil Dead and The Divergent Series, as well as original creations from the new Deploy and Destroy brand. Additional themes from other prominent series will arrive in the game in post‐release updates.

“Deploy and Destroy brings together some of our most beloved franchises for a fast‐paced and competitive action spectacle. We’re thrilled to partner with Apps Ministry to give fans and FPS players around the world a unique experience they’ve yet to see on mobile,” said Peter Levin, President of Interactive Ventures, Games & Digital Strategy at Lionsgate.

Deploy and Destroy features two real‐time online multiplayer modes at release: eight‐player deathmatch and team deathmatch. Players can level up over time to unlock new and more powerful weapons and armor to unleash upon opponents.

“Lionsgate has given us the opportunity to create the kind of rich multiplayer action experience we’ve always wanted to play on mobile. Deploy and Destroy is designed from the ground up to look and handle great on handheld devices with full 3D environments and pick‐up‐and‐play touchscreen controls,” said Apps Ministry Founder Vadim Shilov. “Teaming up with a forward‐looking company with such a strong record of partnerships in video games has been a fantastic experience.”

This announcement builds on a number of recent successes for Lionsgate’s games division, including the release of the “Reservoir Dogs Heist” DLC for Starbreeze Studios’ hit title PAYDAY 2™, “The SAW® Chapter” DLC for Starbreeze Studios and Behaviour Digital’s Dead by Daylight, Step Up: High Watercontent integrated into the popular coloring app Recolor, The Divergent Series featured in Ludia Inc.’s interactive role‐playing game What’s Your Story?™, and the mobile hit Power Rangers: Legacy Wars celebrating over 32 million downloads and its release in China. Lionsgate also participated in the launch of The Overwatch League™ through its investment in the Los Angeles Valiant, owned and operated by professional esports organization Immortals.

For more information on Deploy and Destroy, please visit www.deployanddestroy.com.

The first major new studio in decades, Lionsgate is a global content platform whose films, television series, digital products and linear and over‐the‐top platforms reach next generation audiences around the world. In addition to its filmed entertainment leadership, Lionsgate content drives a growing presence in interactive and location‐based entertainment, gaming, virtual reality and other new entertainment technologies. Lionsgate’s content initiatives are backed by a 16,000‐title film and television library and delivered through a global licensing infrastructure. The Lionsgate brand is synonymous with original, daring and groundbreaking content created with special emphasis on the evolving patterns and diverse composition of the Company’s worldwide consumer base.

Based in Russia and the U.S., Apps Ministry is a talented, ambitious video game and app developer focused on iOS and Android. Our team of experienced developers, designers, testers, and project managers can handle complex development challenges, integrating the best monetizing models, localization techniques, and testing methods. Learn more at http://appsministry.com.