Frostpunk Expansion, The Fall of Winterhome, Updates for Free on September 19th 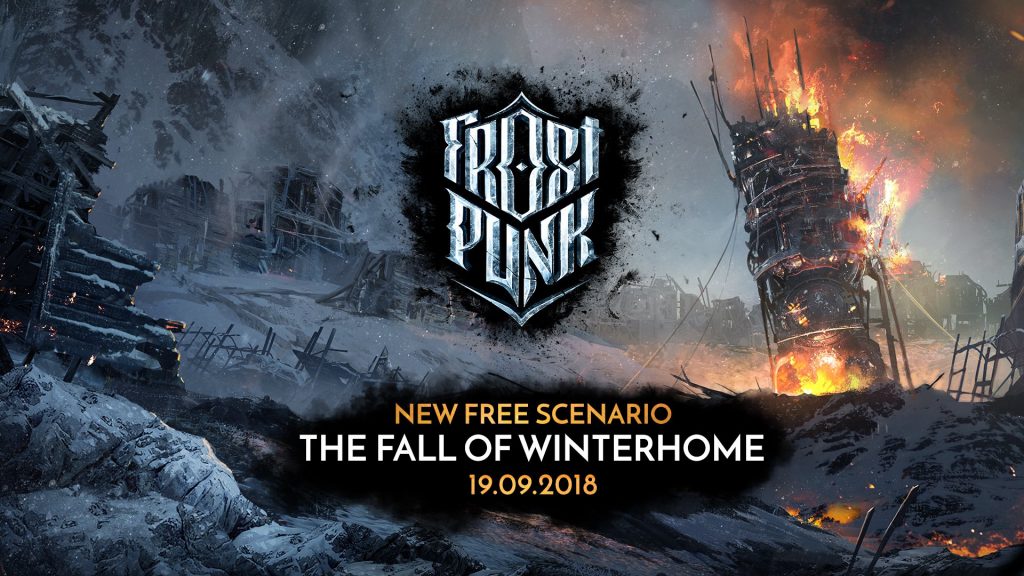 11 bit studios is pushing out a cool new update to their wildly-successful, apocalyptic city-simulator, Frostpunk, next week!

September 13, 2018 – “The Fall of Winterhome”, a story-driven, free expansion for Frostpunk will update automatically in existing copies of the game on September 19th. With hours of brand-new content and a fresh take on Frostpunk’s morally ambiguous mechanics, players will get a chance to lord over a new map with refreshed visuals and discover lore about the frozen world they have dominion over. Uncover secrets from the past – What is the sordid tale of the fallen town of Winterhome, which players have been uncovering in the main campaign of the game?

About Frostpunk
Frostpunk is a city-survival game set on an alternate, frozen Earth where heat means life and one person must make the tough decisions to preserve humanity as a species. Play The City’s ruler, managing both the inhabitants and the infrastructure. What choices will you make so the society can survive? What will you do when pushed to the limits? Most importantly, who will you become in the process?