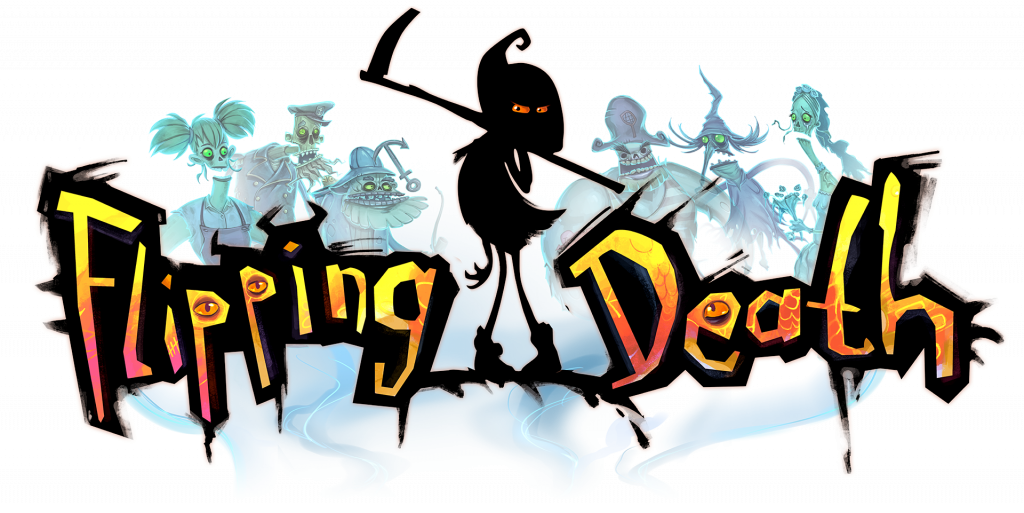 Comical and Celebrated Platformer Available For PlayStation 4 and Nintendo Switch

Garnering overwhelmingly positive reviews, Flipping Death finds our protagonist Penny die under mysterious circumstances. She wakes up and finds herself filling in for Death himself! This temp job comes with a new power – the ability to flip between the worlds of the living and the dead. In this puzzling platformer, she’ll need that – and her wits – if she ever hopes to unravel the mystery of her demise.

Leap between platforms, solve puzzles, and help the dead rest in peace by possessing the living and making them dance around at your merest whim in this comedy adventure game by Zoink Games, with writing by the Eisner-award winning Ryan North.

Flipping Death is available today for $29.95 as a physical retail release for the PlayStation®4 system and Nintendo Switch™ system.

ABOUT ZOINK GAMES
Zoink Games is an award-winning game developer located in Gothenburg, Sweden. Most known for indie smash hit Stick It To The Man!. The studios recent hit releases are Fe and Flipping Death.

ABOUT RISING STAR GAMES
Rising Star Games is a privately held video games publisher with a global reach. With operating offices in Europe and USA the company publishes video game entertainment across all gaming platforms from Sony, Microsoft, Nintendo and via Steam. With decades of combined experience and a genuine passion for interactive entertainment, Rising Star Games is proud of its ever-expanding and enormously diverse catalogue of over 130 titles. www.risingstargames.com