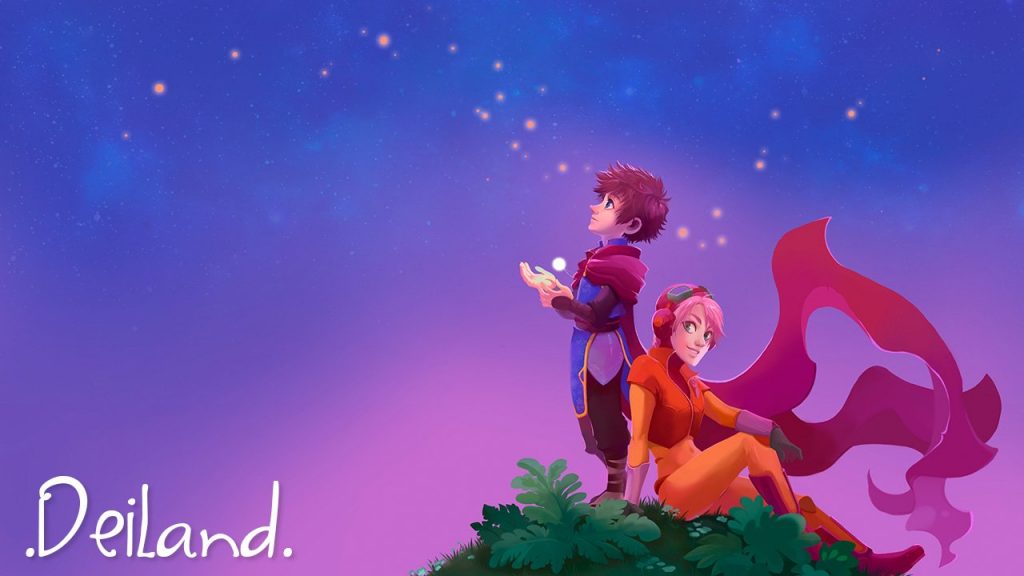 The game will tell a story of prince Arco who landed on the planet Deiland and became its guardian. Deiland’s developers have been inspired by The Little Prince novel; the player will need to take care of their planet and sometimes even protect it, just like the book’s protagonist.

One of the many RPG elements is skill development. The player will be able to raise Arco’s skills with the help of various visitors to his planet, such as interstellar patrols, a kind wizard or a space cook. The game has more than 12 characters and over 100 quests.

The players will be able to do typical for the sandbox genre things: cultivate the land, harvest crops, fish, hunt, construct buildings and craft items. Prince Arco is able to literally rotate the planet in order to grow crops or protect the buildings from meteorites.

The player will require crafting recipes after exploring the planet. They can be obtained by establishing relations with interstellar traders and the inhabitants of other planets. To obtain rare resources the prince will have to travel a lot as well as protect Deiland from invaders, raiders and other dangers of the space.

The game is easy to master despite the eery survival label. Deiland is great family fun!