Crossout: Return Of The Knight Riders!

April 19, 2018 — The post-apocalyptic world of Crossout is again being visited by the ‘Knechte’, a nomadic faction of warriors roaming the wastelands. And as before, the industrious Teutons are offering their wares to those survivors proving their loyalty to the Order, including rare vehicle parts, completely new and exclusive weapons, as well as unique vehicle paints and decorations. The Knechte remain in the world of Crossout from April 19th to May 3rd, giving all players plenty of time to get the equipment.

To show their loyalty, courageous survivors can participate in a special PvP mission, earning golden ‘Talers’ as a reward – the only currency recognized by the Knechte. Accumulated Talers can be spent on the faction’s workbench to craft said equipment, which can then be installed on one’s own vehicle or sold for good profit on the in-game market. 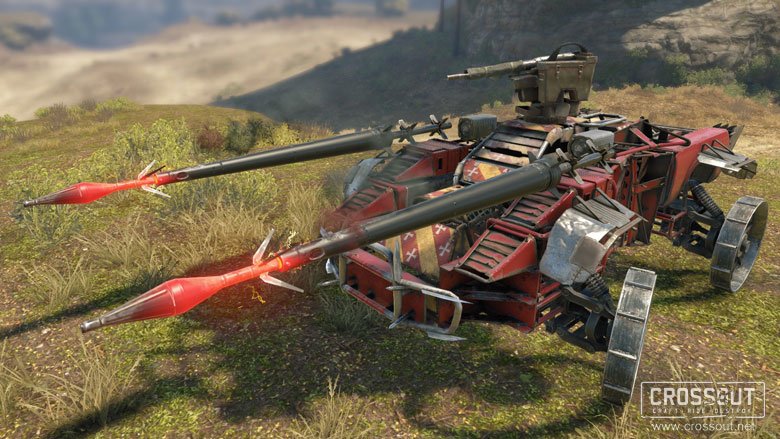 The most impressive parts available are a selection of new weapons including five entirely new ones. Those may seem familiar at first, but all excel in their own regard as the Knechte, while roaming the wastelands, scavenged and improved other faction’s equipment by giving it their own individual touch. Especially interesting here is the single-shot ‘Fafnir’, an improved Junkbow shotgun with a speed-based stabilization system; the faster you go, the more accurate it becomes. The fast-firing ‘Aspect’ machine gun may offer less accuracy, but in return increases in damage output the hotter its barrel becomes. Truly medieval is the ‘Spike-1’, a huge crossbow capable of firing almost anything with lethal effect, be that strings, cables or other pieces of metal. Additionally, the faction’s workbench offers unique vehicle paints in the colors of the Order, new decorative items and a set of wheels in the style of a medieval carriage.

Those items and weapons can only be constructed while the Knechte are visiting the wastelands of Crossout, so there’s little time to waste! Survivors need to hurry and earn and spend their Talers before the Knechte depart our familiar lands again, as those coins will otherwise be useless until their eventual return in the future. Moreso, thrifty survivors can craft additional items to later sell on the market to those who did not have the chance to participate. 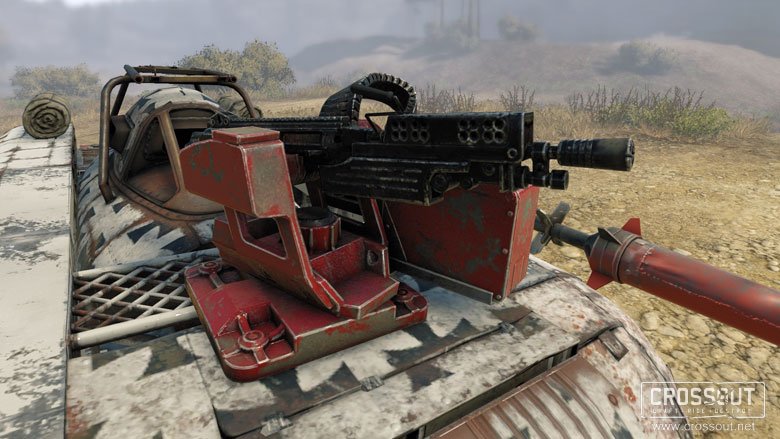 More information about the event and the Knechte equipment obtainable during the event can be found here: https://crossout.net/en/news/523/current/

About Targem Games
Targem was established in 2002, with the goal of bringing high-quality online entertainment to players worldwide. The studio’s portfolio includes the MMO Action games Star Conflict and Crossout and many other titles for PC, consoles and mobile devices. Official website: http://targem.com/

About Gaijin Entertainment
Gaijin Entertainment is the developer and publisher of the online games War Thunder, Crossout and Star Conflict as well as PC, Mac, Linux, PS4, PS3, Xbox One, Xbox 360, iOS and Android titles across several genres. The company’s diverse portfolio has received a range of mass media and game industry awards including such as KRI Awards, Gamescom Award and many more.