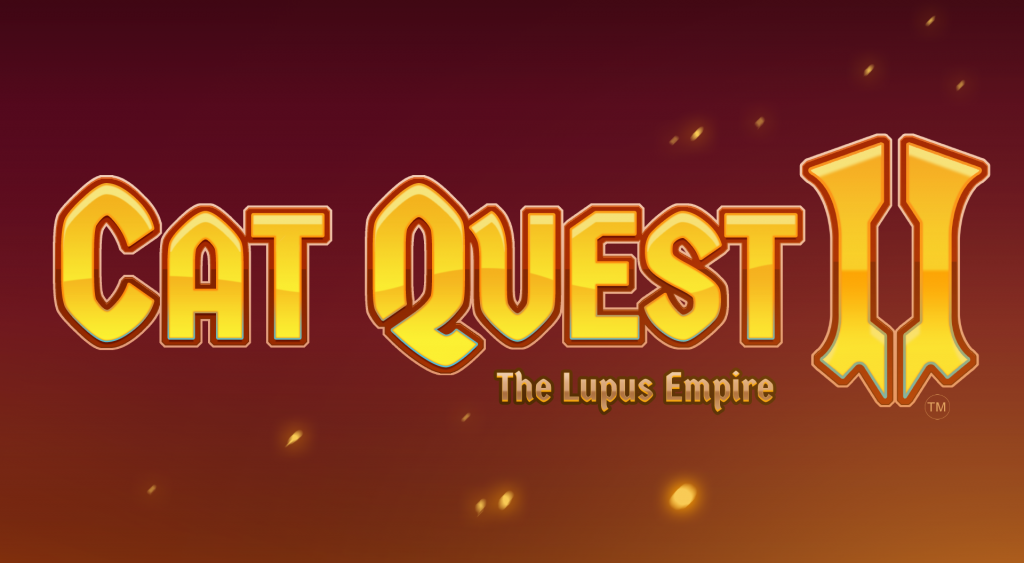 June 28th 2018 – PQube and The Gentlebros are purr-leased to announce that CAT QUEST II:  THE LUPUS EMPIRE will be coming to Nintendo Switch, PlayStation 4, Xbox One and PC/Steam in 2019!

Following the phenomenal success of the acclaimed Cat Quest, developers The Gentlebros, will be continuing the story of the world of Felingard – a fantastical land populated by adorable cats. Under threat from a continuing war between the Cats of Felingard and the advancing Lupus Empire, CAT QUEST II will tell the tale of two rivals, brought together against their will, on a journey of discovery. Can they put aside their differences and bring peace to their world?

CAT QUEST II: THE LUPUS EMPIRE WILL FEATURE:
•         Brand new story set in the world of Felingard – and beyond!
•         All new switch and co-op gameplay. Play as both Cat and Dog, either alone or with a friend!
•         New weapons types – Swords, Staves and more will bring added depth to combat.
•         More spells bringing added furry judgement to your foes.
•         New passive abilities, who’s attributes can be mixed and combined for endless possibilities!

Retaining the delightfully addictive bite-sized adventuring and combat mechanics of Cat Quest, that won the hearts of gamers the world over, CAT QUEST II will expand and improve on every aspect of the original.

CAT QUEST II: THE LUPUS EMPIRE releases on Consoles and PC in 2019