60 Parsecs! Launches This Month, Find Out Why Dying in Outer Space is FUN 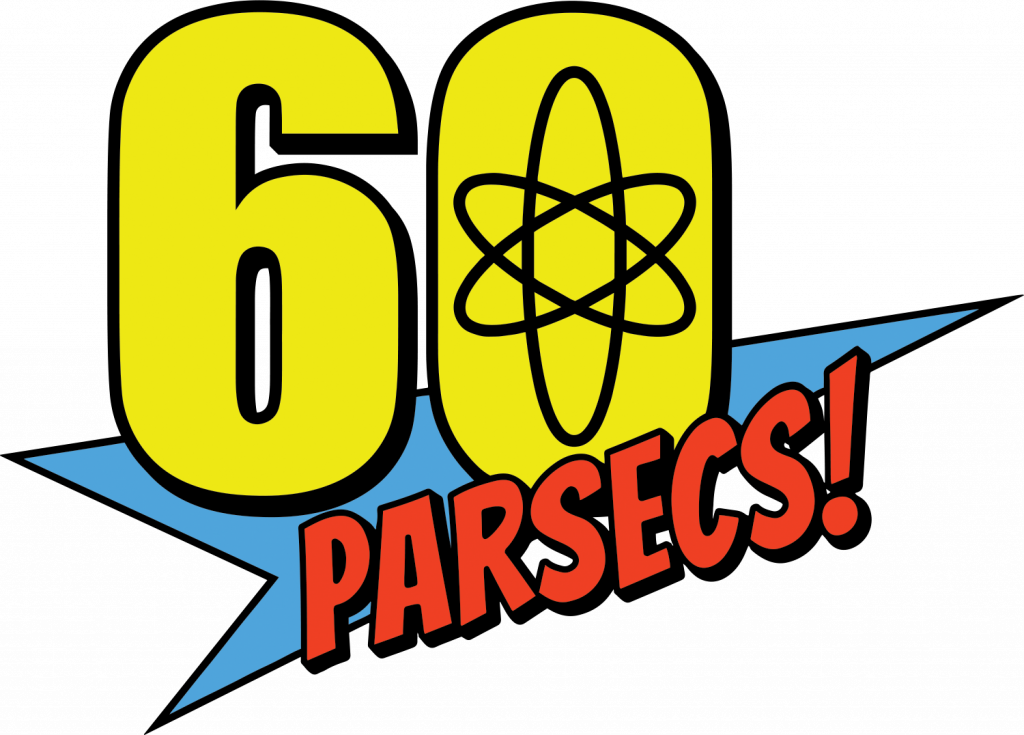 Step inside the shuttle and get a first-hand look at just how dangerous (and absurd) the Atomic Space Age can be!

September 4, 2018 – Following up on their apocalyptic survival hit 60 Seconds!,developer Robot Gentleman is almost ready to unleash 60 Parsecs! on the galaxy. Launching on PC (Steam) for $14.99 USD (14,99 €) on September 18, 2018, the studio’s latest title transitions its trademark scavenging and survival gameplay into THE GREAT BEYOND – and like its predecessor, 60 Parsecs! has no shortage of ways to kill, maim, or generally ensure your faithful crew have a really unpleasant day in space.

Sure, we could sugar-coat it, but there’s no denying that space is really, really dangerous. Luckily for you, 60 Parsecs! makes dying FUN! Structured around fast-paced sessions where misfortune befalls your crew at an alarming rate, survival is less about anticipating impending danger, and more about learning how to best recoup from a bad situation. You never know when you’ll be challenged to in interstellar dance-off, but it’s what you do in response to it that matters. Will you cut a rug with your agile space boots, or will you wow onlookers with your steely gaze? Either way, hopefully you have something handy to heal a bruised ego (or spine) in case things go pear-shaped.

While 60 Parsecs! draws upon much of what fans loved about the first game, one of the biggest additions comes in the ability to not only choose your playable captain from a roster of five Astrocitizen cadets (who admittedly have no business being in space), but make the difficult decisions of who to take on your crew, and who to leave behind. With a maximum of 4 seats on your shuttle, you’ll only have 60 seconds to decide whose specialties you’ll need on the journey, and who you’re comfortable leaving to be vaporized in nuclear splendor.

From its cosmically replayable non-linear narrative, to a brand new crafting system, 60 Parsecs!represents the logical evolution of Robot Gentleman’s breakout hit. No one ever said making tough, life-changing decisions in space would be easy, but when those decisions involve a passing alien vessel’s AI attempting to seduce your own ship with binary poems, or death-by-giant-dung-beetle, it’s hard to complain. There’s no shortage of ways to die in 60 Parsecs!, and sometimes, the happiest (or at least most fun) ending is the one that involves utter catastrophe at the hands of a… mysterious space pizza?

60 Parsecs! launches on PC (Steam) on September 18, 2018, with other platforms planned to bip onto your radar as soon as we upgrade our navigation system (soonTM). Stay tuned for more! In the meantime, don’t hesitate to wishlist and follow the game on Steam, follow @60parsecondsand @robotgentleman on Twitter, and fly by the official website for all the latest details.

SCAVENGE & EVACUATE
With only 60 seconds before nukes reduce the space station to floating particles in the vacuum of space, frantically grab whatever supplies and crew you can before getting out of there. You never know when that sock puppet will come in handy.

SURVIVE & DECIDE
Space funerals are inconvenient, so try to avoid dying where possible. Use your limited supplies and (hopefully not limited) wits to make difficult choices and ensure your survival, even though the odds are definitely stacked against you.

EXPLORE & CRAFT
Duct tape fixes all problems, but how do you fix (or at least craft) duct tape? Chart expeditions to find resources, craft survival essentials and explore strange new worlds in a procedural, very-much-permadeath adventure.

LEAD & PROTECT
As captain, it’s your duty to keep the crew happy – they’re less likely to kill you that way. Manage relationships and unabashedly pick favourites as you watch them grow closer and hope that “bad relationship” doesn’t equate to “thrown out the airlock.”

About Robot Gentleman
Robot Gentleman is an indie studio from Poznań, Poland that makes games about the doom and gloom of the apocalypse and space, all tied together with a dark comedy bow. Check out their debut hit, 60 Seconds! and look out for 60 Parsecs!, coming soon!