Hamburg, April 2, 2018 – ROCKFISH Games announced today that EVERSPACE™ is now available for pre-order on SONY PlayStation® 4 for $29.99. PS Plus subscribers can get it for the 20% discounted price of $23.99. It will be released at the SONY PlayStation® Store on May 22, 2018. Already available on PC, the critically-acclaimed Encounters expansion (97% positive reviews on Steam) will be available at Sony PlayStation® Store for $9.99 at launch, too. 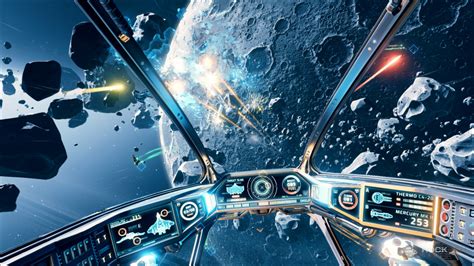 The independent developer’s debut game and Kickstarter hit (€420,252 was raised) features a modern interpretation of popular roguelike game mechanics and fast-paced 3D space combat with tight shooter-style controls. Driven by a captivating storyline, EVERSPACE™ sends players on an action-packed journey through dozens of procedurally-generated levels, challenging even the most daring pilots in an all-out fight for survival in a beautiful yet treacherous space environment. Plus, a stand-alone Hardcore Mode offers an extra challenge for veteran players.

“With over half a million space pilots already enjoying EVERSPACE on PC and Xbox, we are super excited to eventually offer it to space game enthusiasts on PS4 as well”, said Michael Schade, CEO of ROCKFISH Games. “We believe that we have created a very special breed of space game that will keep players on the edge of their seat for hours with its unique blend of a roguelike game loop, exploration, and easy-to-pick-up space shooter action set within a beautifully rendered fantasy sci-fi environment”.

EVERSPACE™ – Encounters adds 10 hours of gameplay to the base game including five new questlines, all new factory space stations to augment play with on-the-fly services such as refining and converting resources to upgrade ship capabilities and conduct crucial repairs. The Encounters DLC also provides access to a new player ship – bringing the total to four – a medium fighter class ship called the Colonial Sentinel, packed with sophisticated electronic weaponry, interstellar pilots also have a wealth of devices and consumables as well as a special emergency shield if hull integrity on the ship is jeopardized through intense space combat. Furthermore, daring space pilots can pay the Okkar Homeworld a visit, too.

The roguelike space shooter takes daring space pilots on a challenging journey through six sectors, each featuring dozens of procedurally-generated levels full of dangers and treasures. In each run, they will face entirely new situations, continuously testing their skills, experience, and talent for improvisation. Great piloting skills will be needed to stand a chance against various enemies, along with a keen eye for loot and mineable resources, which are used to repair damaged ship components or to craft new equipment and modifications, giving players an advantage in combat and a better chance of making it out of a sticky situation alive.