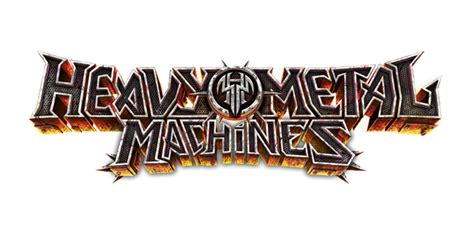 New video shows Cursed Necropolis added today to open beta of Hoplon’s free-to-play titleApril 17, 2018 – The action-packed car combat MOBA, Heavy Metal Machines, has today expanded its arenas of battle with the introduction of the Cursed Necropolis. Having launched into Steam Early Access in 2017, Brazilian developer Hoplon’s free-to-play title pits two teams of four uniquely talented road warriors against each other while they duel across a post-apocalyptic wasteland to score the winning goal.

Set in an ancient poisoned land, Cursed Necropolis is the third arena to be featured in Heavy Metal Machines, bringing a completely new environmental hazard, the acid pool, which can instantly kill a speed-crazy player if they are not careful. Cursed Necropolis also features wider roads and goal posts, and smoother corners, challenging players to develop new tactics and gameplans in order to make full use of the new arena. To celebrate the launch of the new arena, all characters have been unlocked for a limited amount of time.  Featuring fast-paced 4v4 multiplayer combat, Heavy Metal Machines sees two teams battle it out across three deadly arenas. Players race to pick up a bomb and use it to score and destroy the opponent’s base while fending off enemy hot rods and explosive attacks. Driving is surviving, but teamwork is key as pilots need to work together in this MOBA, taking on specialist roles such as interceptor, transporter or support.

Having been downloaded more than 680,000 times, Heavy Metal Machines is currently in open beta. Developer Hoplon is actively listening to feedback from the players and are preparing a host of new content and events to celebrate the community’s involvement with the game. Newcomers and veterans alike can expect adrenaline-fuelled competitive tournaments featuring cash-prizes while major new updates are set to be released on a regular basis from now until the Heavy Metal Machines’ official launch.More information about Heavy Metal Machines can be found at the website. Follow the game on Facebook, Instagram and on Twitter.  About Heavy Metal Machines Heavy Metal Machines is a one-­of-­a-­kind 4v4 multiplayer arena combat game where two teams battle it out across three deadly arenas to be the first to score a goal and destroy their opponent’s base. Players choose from a roster of psychotic post-apocalyptic road warriors with each over-the-top personality bringing their own unique death machine, delivering a distinct style of gameplay with awesome upgrades and customizations to match. Over a dozen vehicles are available, dealing destruction while being accompanied by a dynamic, mood­setting heavy metal soundtrack. Having launched in January 2017 into Steam Early Access, Heavy Metal Machines is currently in open beta with over 680,000 downloads so far.