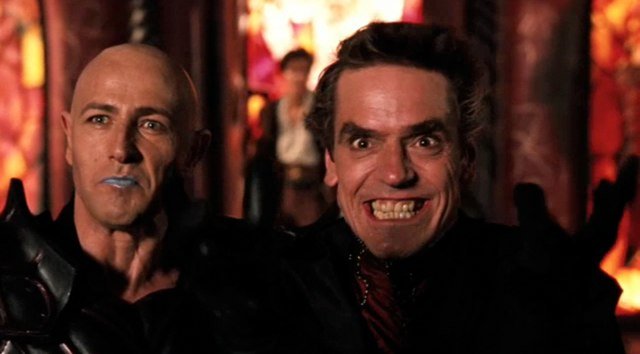 Well well well…. I guess it’s Friday. Have you been good? That’s swell. Here’s your nerdy goodness for this week.

In stark contrast to last week, this week I had a plethora of interesting trailers to choose from. I’ll give you a few samples.

The wonders of the universe matter not to the teeny, tiny brain of Derek Zoolander. But, he’s still got blue steel to dazzle us.

I know that the previous Hitman movie was not very good(see downright bad), but the trailer looks good for this one. I won’t go say much for it other than it looks like it will be a good “turn off your brain” kind of film.

I couldn’t be happier with the way the trailers look for Deadpool. Watch, and experience the topographical map of Utah. I like to keep this PG, so this is the Green Band Trailer. There is an embedded link at the end of the trailer for the Red Band version. Remember that the Red Band is NSFW, so please show caution.

It appears that Fox is working towards developing a live action X-Men series for television along the same lines as Agents of S.H.I.E.L.D. Here is a quote from Dana Walden, Chairman and CEO of Fox Television Group:

In “I don’t think this is a good idea” news, Warner Brothers announced that they are going forward with production on a Dungeons and Dragons movie. The nerd and RPG player in me wants to cheer out with joyous praise, but my memories make me groan in pain. I guess we will see what comes of it.

This was a big week for casting announcements, we’ll try to hit on as many as we can.

Previously we mentioned that DC and the CW would be launching Hawkman in the DC TV Universe. They have announced that Falk Hentschel will be playing the role of Carter Hall on Arrow and Legends. Speking of Legends, They have announced Casper Crump as Vandal Savage. Being completely honest, I have not seen him in any of his roles, so he is a complete unknown to me. Rounding out the DC trifecta, Keiynan Lonsdale has been signed as a series regular on the Flash. He will be playing Wally West in Season 2.

Colin Farrell has been announced to co-star in “Fantastic Beasts and Where to Find Them” alongside Eddie Redmayne, Ezra Miller, and Katherine Waterston.

Taron Egerton has entered talks to star in the Lionsgate film “Robin Hood: Origins”. Robin returns from the crusades to find that Sherwood forest is rife with…. Well ok, it’s a Robin Hood Movie, do we really need the details?

Lastly in Casting, Eddie Redmayne has been confirmed to portray “The Wonderful Wizard of Oz” author L. Frank Baum in a new biopic of the prolific children’s fantasy writer.

Ooh yeah, and one more thing. Remember how I told you last week that it would be silly to think that Channing Tatum would leave the Gambit movie… I was right.