E3 Kicks Off Today, Here’s The Schedule Of Live Events 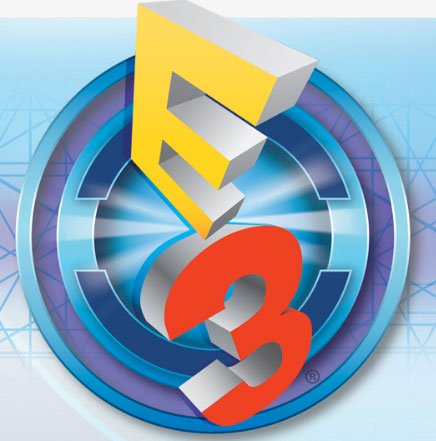 Here we are, folks. The moment we all, as gamers, wait for every year with bated breath and eager minds. E3 2016 is upon us! The show doesn’t officially start until Tuesday, but the announcements start rolling out this afternoon. Here’s a list of what to expect, and where you can go to tune into the live announcements.

As we’ve come to expect from the event over the years, the big publishers and console makers host their own press events leading up to E3. This year the fun started a little bit early because EA decided it wanted to branch out on its own and skip E3. The publisher will host its own event at the same time as E3, and EA decided to host its press event a few hours before everyone else.

The EA press event will start today at 3pm and it will be streamed online on Twitch and YouTube. EA is expected to make announcements about Battlefield 1 and Titanfall 2, but I suspect it will have a couple of surprises up its sleeve. EA executives have been on record stating that they will be sitting out on the VR market to see how it matures, but I wouldn’t be surprised if they show a prototype idea or two that will still be in development for a couple of years.

There’s also been some talk about a VR-enabled Star Wars game that will make its way to PSVR, so maybe we’ll see that in action.

A new Need For Speed reveal is also a possibility. EA had been notorious for releasing a new version of NFS every year between 2002 through 2013, but the publisher skipped 2014 so that it could go back to the drawing board and stop releasing cookie cutter games. The series returned this past fall to the console market and a few months ago to PC. It wouldn’t be a major surprise to see an announcement for a follow up to the rebooted series, even if it’s just a reveal of a game that’s not coming out until 2017.

Bethesda is up next with its own E3 press event. Last year the developer hosted its first ever E3 press event, where it announced Fallout 4 and a number of mobile games including Hitman: Go. This year Bethesda is back with another solo event, where we’ll likely learn more about Dishonoured 2 and possibly DLC packs for Fallout 4 and Doom. Last year Bethesda blew people’s minds by not only announcing Fallout 4 but revealing that it was nearly complete and would launch a few months later. I expect the company is going to want to build on the success of that announcement and come out with another bombshell surprise. I somewhat expect we’ll hear about a completely new, unknown IP that could actually launch this year.

Bethesda’s live event starts at 9pm and will also be available on Twitch or YouTube.

On Monday morning at 11am, Microsoft will take the stage and reveal its plans for the coming year. With rumors swirling of two potential console announcements; a slimmer XBOX One, and a more powerful–possibly VR ready—XBOX console. The slim XBOX is basically a done deal. Microsoft has a history of announcing console upgrades at E3 and everyone expected a slimmer version of the current console would eventually come because Microsoft did the same thing for the XBOX 360.

Microsoft will undoubtedly unveil a host of exciting new console games, including Gears of War 4 and the rumored Halo 5 PC edition. The company is likely also going to talk more about Hololens and its potential for gaming. Last year, Microsoft showcased what you can do with Minecraft with augmented reality and it was nothing short of astounding. With the developer kits now shipping to early adopters with deep pockets (the kits are $3700 USD), Microsoft is no doubt going to be highlighting the potential of AR technology hard this summer and E3 is a perfect place to talk about the entertainment side of the technology.

Microsoft’s Xbox E3 2016 preview will be available on Twitch and YouTube as well.

Last year we saw the return of PC gaming to E3. For years, the event had slowly moved deeper and deeper into the realms of console gaming. The PC side of gaming has recently made a triumphant return, thanks in no small part by popular eSports titles, such as League of Legends and DOTA II.

AMD and PC Gamer partnered to bring the PC Gaming Show to life, and the two companies have pulled it together again. The PC Gaming Show will start at 1:30pm on Monday and will run 90 minutes. We don’t know much about what we’ll see announced during the show, but confirmed speakers include AMD, Oculus, Microsoft, Relic Entertainment, Paradox Interactive, Sega, Square Enix and several more companies.

The PC Gaming Show will be broadcast live through Twitch and YouTube, just like the other presentations, but it will also embrace Facebook’s live streaming capabilities.

Ubisoft will be taking over the afternoon slot on Monday. The live event will kick off at 3pm central. We expect to see Watch Dogs 2 and more from The Division. The company has also dedicated resources to experimenting with VR development, so perhaps we’ll see something really exciting coming from the French developer that will put you inside one of Ubisoft’s many beloved franchises. The company has already announced Eagle Flight, which lets you soar through the air on the back of an eagle. Perhaps something even more compelling will be revealed on Monday. For more details on the Ubisoft conference, check out our writer Mark McAvoy’s post
here.

Ubisoft’s live event can be viewed on the company’s Twitch and YouTube channels.

The Playstation E3 2016 press event starts at 8pm on Tuesday. There have been rumors floating through the ether about a new PS4 console that is more powerful and better suited for VR. We had expected that an announcement about the new console would be made at E3, but it would seem that isn’t likely to happen.

The Financial Time’s posted an interview (behind a paywall) this week that it had with Sony Interactive Entertainment CEO, Andrew House. During the conversation, House confirmed the existence of the higher end console but said it won’t be making an appearance at E3 this year. House cited lack of presentable content as the reason to hold off showcasing the hardware.

The Playstation event will also be available on both Twitch and YouTube.

Nintendo is somewhat of a redheaded stepchild when it comes to E3 events. In 2014, the legendary game company bowed out of the traditional packed-auditorium-press-event and moved to an all-digital format it calls Nintendo’s Treehouse. These broadcasts take place with no audience in attendance and feel more like an extended advertisement, rather than a press briefing.

Nintendo has already confirmed that this year will be all about Zelda, Zelda, and more Zelda. The company’s E3 booth will have playable copies of the Wii U version of the game and the broadcast event should have plenty of gameplay shown and details revealed. Unfortunately, it would seem the highly anticipated and much-delayed game will be the only trick up Nintendo’s sleeve.

Last year, Nintendo started talking about its next hardware venture, codenamed NX. It was widely expected that we’d hear details about the new console during E3 because Nintendo had said we’d likely hear detail about it this year.

“As proof that Nintendo maintains strong enthusiasm for the dedicated game system business, let me confirm that Nintendo is currently developing a dedicated game platform with a brand-new concept under the development codename ‘NX’,” said Satoru Iwata, former Nintendo President, during a press event last March. “It is too early to elaborate on the details of this project, but we hope to share more information with you next year.”

I haven’t been able to lock down a definitive source, but most news outlets are saying that the NX won’t make an appearance this year. There’s still room for surprises (not likely), but we might be seeing an all Zelda E3 event from the big N.

Nintendo’s event will start at 11am on Tuesday. It also has an additional Treehouse stream at noon on Wednesday. Why the company needs two live streams for an all Zelda event is beyond me, though. You can catch Nintendo’s streams on Twitch and YouTube as well.

The big press events from the big publishers and developers are of course a big deal, but E3 is about all gaming, not just AAA gaming. There will be plenty of announcements from companies you’d probably never heard of, and certainly reveals of games you’ve never considered.

Last year we managed to catch the reveal of Ancestors: The Humankind Odyssey, a unique title that was in very early development, by tuning-in to YouTube’s own E3 coverage. The teaser trailer served as nothing more than a title announcement, but its execution left shivers down my spine and I can’t wait to see more about this game, hopefully, this week.

YouTube doesn’t really have a schedule, so much as it has full coverage. There are live interviews and gameplay demonstrations all day, for each day of E3. When there isn’t a major press event (which are usually also found on YouTube’s own channel) there’s something interesting and often exclusive being broadcast.

Of course, YouTube isn’t the only company that will be doing live coverage of the event. Twitch will host its own live event coverage in much the same vane.

Generally, we don’t like to promote other game editorial sites, but there’s no denying that IGN has a big role in E3 coverage. IGN will host all day live coverage and exclusive interviews that you can find on its website.

There may very well be other live coverage from E3 this year, but good luck finding time to tune into it between the long list of streams above. Every year the event brings us something amazing to look forward to throughout the year. I’m eager to see what I will be coveting for the next 6-to-12 months. Let the E3 coverage begin!