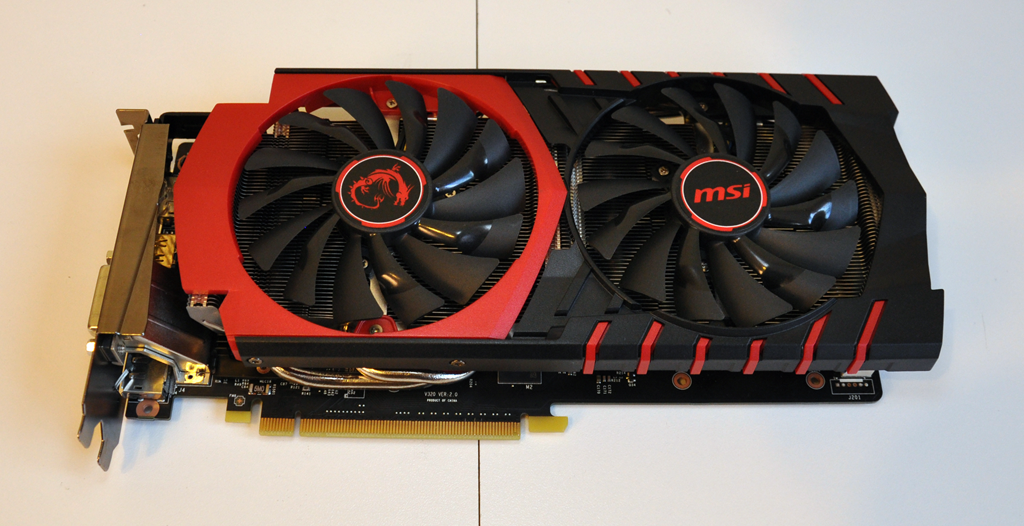 Our philosophy when it comes to graphics card testing is simple. We want to show the experience an average gamer will get from their hardware. Most gamers would rather start their game and go, rather than spend the next 2 hours find the difference in performance between subtle settings, and that’s why we believe GeForce Experience is an excellent tool.

For this reason, with Nvidia based graphics cards we’ll be using the recommended settings in GeForce Experience to do our tests, as we feel most gamers will be using this feature for the convenience.

Since overclocking is something most people will do, we’ll run each set of tests with stock settings, with the GPU overlocked, and with the GPU and memory both overclocked.

MSI has been providing one of the leading GPU overclocking utilities for years now. MSI afterburner is fairly similar to the competition, providing direct access to many parameters of the graphics card. GPU Boost Clock, Power Target, Memory Clock are the most commonly used, however there are a number of other options that can be adjusted. This evaluation will focus on these three categories.

Anyone who’s overclocked a recent Nvidia GPU would know that the first thing to do is ramp up the power target. This particular model allowed for an 8% increase in power delivery, and in fact had an appreciable improvement in 3DMark, however no noticeable difference in real games were observed. 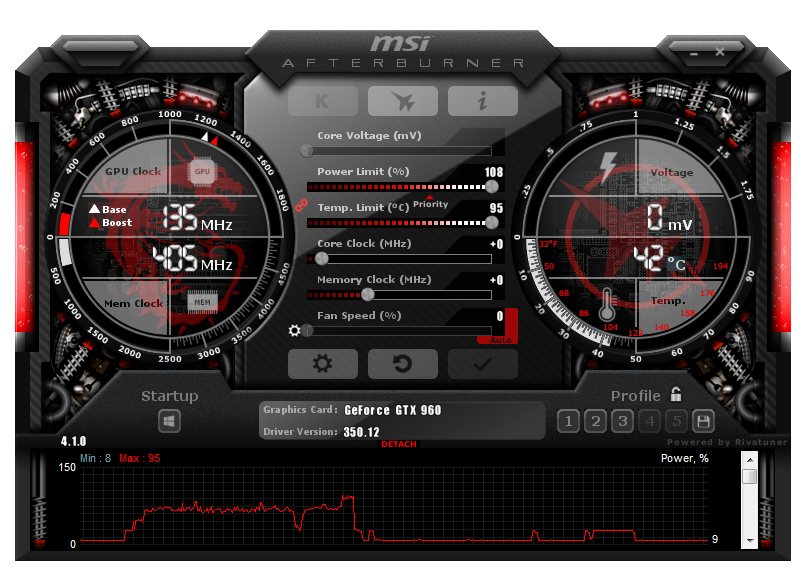 Next the GPU Boost clock was adjusted. Going up in small 10Mhz increments, we were able to increase the boost clock up by 160Mhz. Anything more was completely unstable. 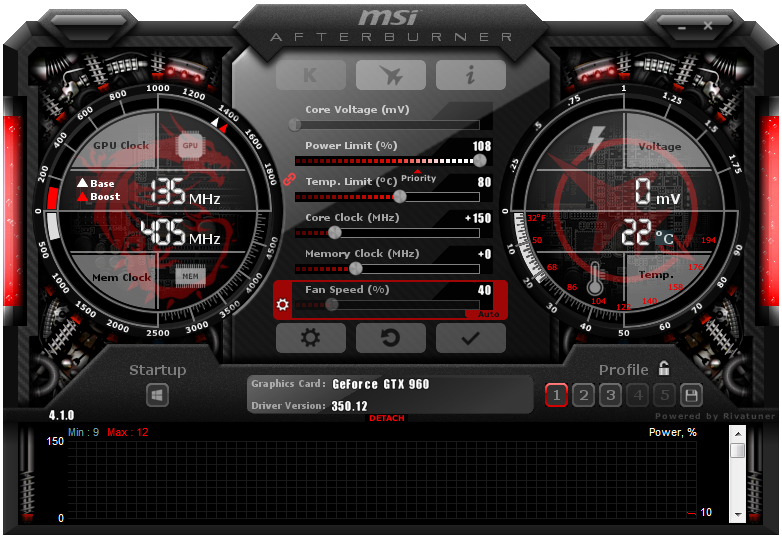 Memory turned out to be quite a bit more forgiving. Increases of 30Mhz at a time became a tedious process, however it’s not worth cutting corners and risking expensive hardware. It took some doing, but the maximum of +550 Mhz was reached. 3DMark would not complete at any higher level 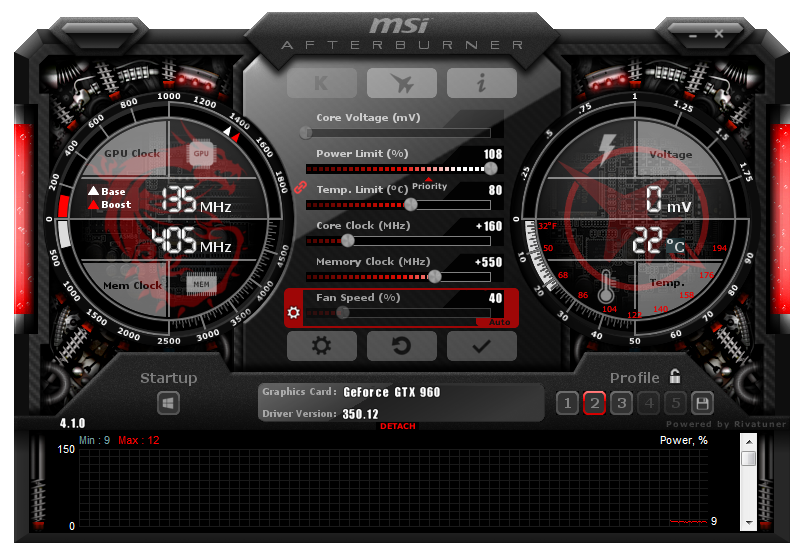